We went to see the Arab Games Exhibition at Katara day before yesterday, i.e., on November 8. The exhibition is organized by Qatar Museums Authority (QMA) and is open to the public from October 5 to December 23, at the QMA Gallery in Katara. 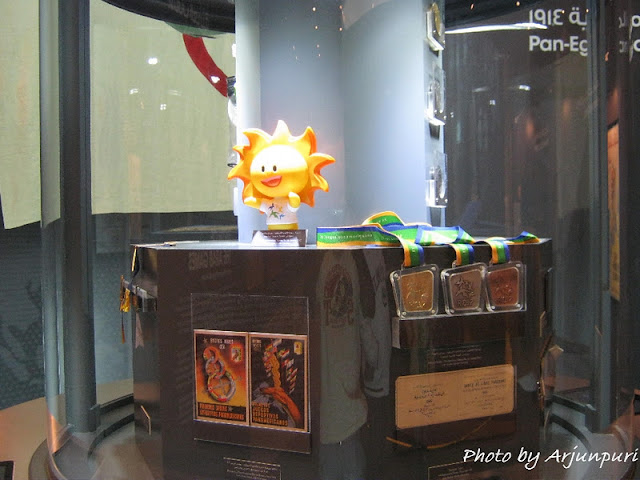 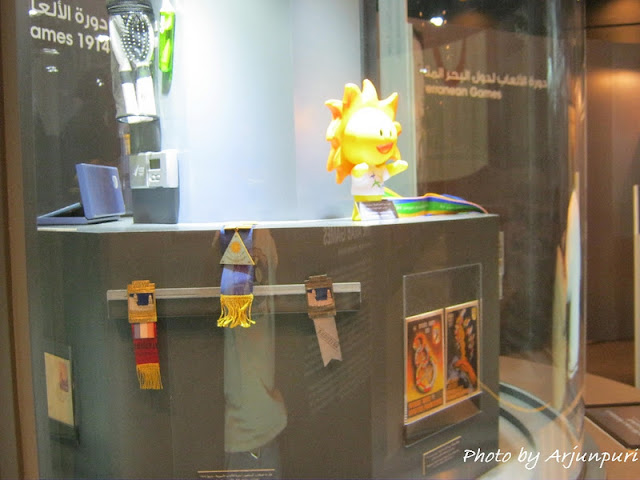 Demonstrating a chronological narrative of the Games, the exhibition features items from the games, including medals, posters, programmes, films and interviews of athletes, photographs, and educational activities that inform visitors about the history of the Arab Games, which first took place in Alexandria, Egypt, back in 1953. 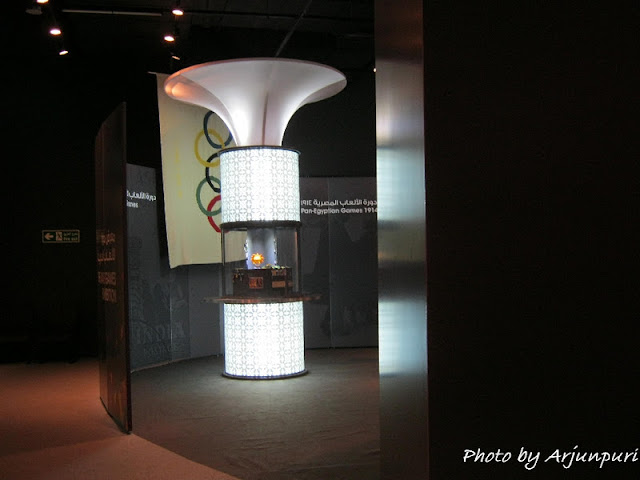 The exhibition serves as a unique display which walks visitors through the history of one of the region’s most anticipated sporting and cultural celebrations. The exhibition is divided into five sections, each portraying different periods of the Arab Games since their inception in 1947. 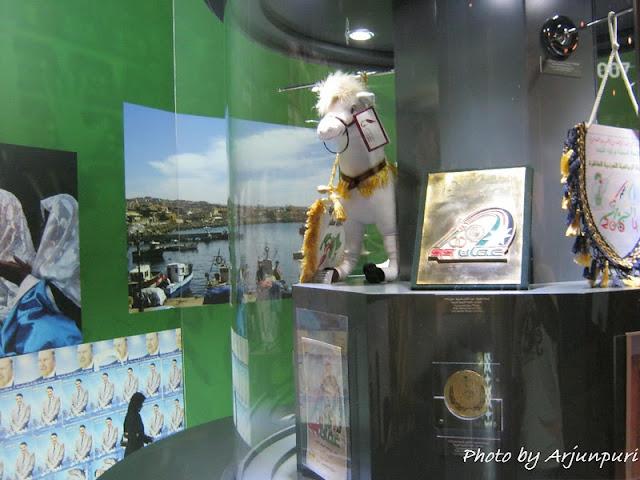 The first section showcases the political agenda behind the concept of the Arab Games.  This was followed by an era of Egyptian regional leadership. Then, a period of decline affected the consistency of the Games from 1965 to 1985 because of political turmoil in several Arab countries. A re-organization of the Arab Games with a new vision later started to emerge, eventually leading to the transformation of the Arab Games into a world-class stage for Arab athletes to perform.
In addition, the Arab Games Exhibition sheds light on the participation and achievements of Qatari athletes in past Arab Games, showcasing some of their trophies, medals, and pictures. Alongside the exhibition, a series of educational activities catering to school children from various age groups are also planned during the exhibition period. 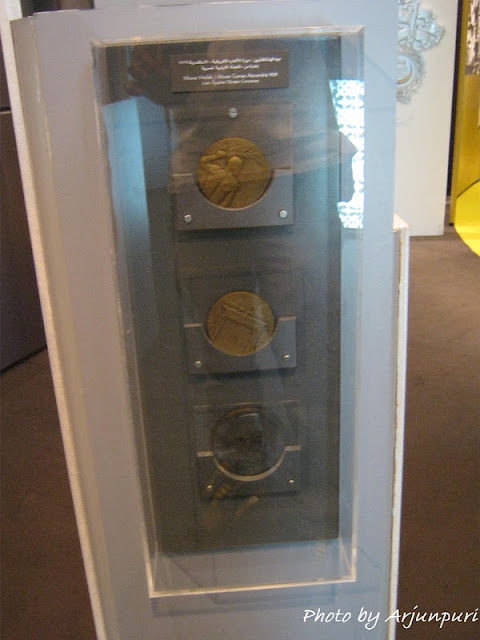 With preparations on track at the Arab Games Organizing Committee, Qatar is ready to welcome the rest of the Arab world for a spectacular series of sporting and cultural events that celebrate the shared traditions of all Arab communities. Therefore, the exhibit is designed to educate visitors from Qatar and its Arab neighbors about the history and evolution of the Arab Games.
Arab Games Doha 2011 is expected to draw over 8,000 athletes and officials representing 22 Arab countries.
The Arab Games Exhibition is open to the public daily from 8 am to 12 pm and 3 pm to 9 pm during weekdays and on Fridays from 3 pm to 9 pm.
Posted by Arjunpuri in Qatar at 15:44