I was new to Doha and used to eagerly wait for weekends when Vij used to take me out. All I used to do is mark places on the map and tell him that we would go here this weekend or there next weekend. And on one such weekend we left for Zekreet. The map said there’s Zekreet Fort near Dukhan on the west coast of Qatar and is 90 km from Doha. Being a History student, my curiosity naturally increased by the very mention of fort and remnants of old settlements.

After lunch, we left Doha and took the road to Dukhan. After leaving the city limits, we soon found ourselves on a virtually empty road, and after 80 km, we took a right turn at the Zekreet junction. We drove through Zekreet, turned left when we reached the limits of the village. Passersby had told us to take a left turn once we find a mosque on the left and Arabic tents on the right side. We reached the mosque and took a left turn and drove towards the sea. We reached the beach which is also called as Ras abruq Beach. The beach was so beautiful. 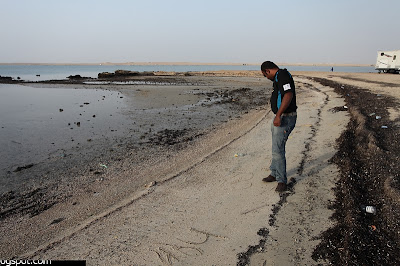 The water so clear and was not at all crowded. We saw some people busy crab hunting in the clear waters. 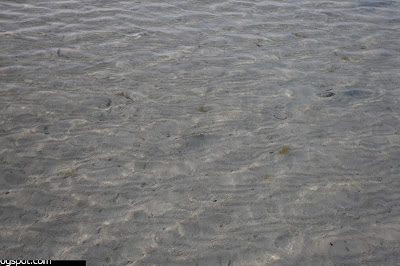 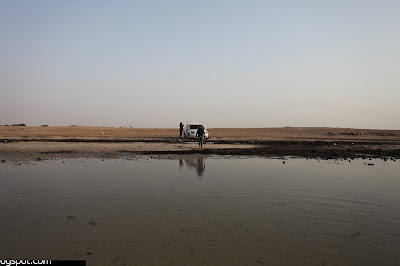 The rocks on the beach with natural curves gave us an impression of some carving of some great artist. When I and Vij walked inside, we could see crabs running for shelter. They were hidden in the soil and were running helter-skelter as we passed in the waters.


I collected some beautiful shells before leaving the beach.

On the way, we stopped to see the village where we found the remains of a small 18th century fort and madabes or date press. The village is around 200 metres away from the shore. The fort had a distinctive layout that allowed seeing the two different phases of construction. Originally, the fort was built as a simple square without any towers in the corners. In the second phase, towers were added at the outer four corners and they were never completed. In fact, the plan looked incomplete and only three-quarters of their plans seemed to have been constructed.


On the fort’s coastal side, we found the ruins of ‘madabes’ or date press. These rooms were used to produce ‘debis’, a traditional date-based syrup used as a dressing for rice and fish. The rooms had parallel channels 10 cm deep into the floor that were linked together by a perpendicular canal near the entrance that funnels into an underground pot in the corner. During the process of making ‘debis’, palm fronds were laid on the channels, creating a smooth, flat base. The dates were then put in sacks made of palm leaves and laid on top of each other in piles that could reach two meters high. The weight of the upper sacks often squashed the dates in the lower sacks and their thick juice ran into the channels and eventually into the underground pot. We found one such madabe even at Al-Zubarah town and I will discuss about that in another post.
Posted by Arjunpuri in Qatar at 16:37