The rise of the Muslim middle class — and the challenges

* Until a few years ago, Indian Muslims were either very rich or very poor

* When I was in school, for several years, I was the only Muslim in my class

* With the increasing visibility of Muslims, especially in urban areas, a perception has grown that economic liberalisation and the growth of the Indian private sector have opened doors to educated Muslim youth

The Changing Face of Muslim Society

Atika is part of the small Muslim middle class that has emerged over the last few decades. Her aspirations for herself and her family are similar to those of her peers, irrespective of religion. Two years ago, her family celebrated the fiftieth wedding anniversary of her parents in one of the city’s hotels. The current challenge in her life is to get her husband and two sons to agree on a common holiday destination. Her older son, who is doing a master’s programme in social work, thinks he is too old to go on holiday with his parents and Atika has been trying to overcome his objections. Muslims going on holiday is part of the change that has been underway in small measure. Earlier, apart from visiting relatives, the only other travel that most Muslims undertook was to Saudi Arabia either for hajj or umrah (pilgrimage to Mecca that can be undertaken at any time of year). So widespread is this notion that when my parents renewed their passports a few years ago, everyone, including one Muslim official at the Passport Service Centre, assumed that they were going on umrah!

This change in lifestyle has, in large part, been a consequence of the embrace of modern education by a growing number of Muslims. As mentioned before, when I was in school, for several years, I was the only Muslim in my class. Today, in most public schools, it is common to find at least a couple or more Muslims in all classes. Ironically, this is one of the reasons that one hears about more cases of Muslim children suffering communal profiling in schools. The target group has increased — instead of one you could have five Muslim students in a class! This, coupled with the desire of the aspirational Muslim middle class to be seen as part of the mainstream, has been a bit unnerving for those who have never seen a Muslim in their lives before.

During her university days in 2008-2011, my younger sister had moved into a paying guest accommodation close to her college in South Delhi. In that shared accommodation, she met a girl who had never encountered a Muslim before. Meeting and living with a Muslim was the biggest adventure of her life. She announced this to her parents in great excitement when they came to visit her. She also tried to show off my sister as an exhibit to them — this is what a Muslim looks like. Of course, they never became friends. My sister, completely unselfconscious about her Muslimness, told her off. Her confidence stemmed from her upbringing, as well as years of studying and interacting with non-Muslims in school and mixed neighbourhoods.

The small measure of assertiveness that one sees today among Muslims is a result of several factors. Feeling cornered by the policies of the Modi government is just one of them. A more important factor is the emergence of a substantive number of educated and professional Muslims for the first time in India — the Muslim middle class I have referred to earlier. Until a few years ago, Indian Muslims were either very rich or very poor. While the former (a small minority) inherited their wealth, and their ‘type’ of education as a family tradition — liberal arts or civil services qualifications — the poor were equally the products of their inheritance, both in the trade they plied and their ability to access modern education. A small number that managed to break through the restrictions imposed by their inheritance sought jobs outside India, especially in the Gulf countries. As a result, an educated, ‘mainstream Muslim’ was largely invisible in India.

However, in the last three decades, there has been a gradual improvement in the education level of Muslims and they have increasingly been seeking jobs in India. According to the National Family Health Survey (NFHS) report of 2016, the percentage of Muslim boys completing their higher secondary education had doubled over the previous year.

While the rate of growth is poorer for women, there has been a marginal improvement over the last decade. But even with this slight improvement, the visibility of Muslims, especially in urban areas, has improved. To a large extent, this has come from the upward push by the backward classes, the Pasmandas. The growing sight of Muslims struggling to offer Friday afternoon namaz on the footpaths or community parks during a short break from work is a consequence of this education and employment network. No, their population has not increased, but they have shrugged off their invisibility cloak.

However, it must be said that visibility does not immediately translate into empowerment. The 2014 PSEC observed in its report that the ‘Percentage increase in share of urban population in the case of Muslims is low, especially in smaller urban centers, reflecting social factors and possibly discrimination constraining their mobility. Wide differentials exist in the quality of employment wherein Muslims are found in a disadvantageous situation with reference to the type and sectors of employment’. Consequently, even though, as [lawyer and Muslim activist Anas] Tanwir says, ‘Itne padhe-likhe Musalmaan toh kabhi hue hi nahin’ (there have never been so many educated Muslims before), and their urban visibility may have increased, a majority of the employed remain in underpaid, or low-income positions. In fact, a large number remain self-employed, like Mohammed Aamir whom I met in Shaheen Bagh volunteering with the anti-CAA-NRC protest coordination committee.

A chartered accountant by qualification, he gives private tuitions in mathematics to children in the Batla House — Shaheen Bagh area. Given the economic profile of the people who inhabit these areas, clearly Aamir is not earning anything commensurate with his qualification or what his employed peers would be.

With the increasing visibility of Muslims, especially in urban areas, a perception has grown that economic liberalization and the growth of the Indian private sector has opened doors to educated Muslim youth. The reason for this perception, according to [former Vice President] Hamid Ansari, is the belief that ‘There is less discrimination in the private sector as opposed to the government services.’ Yet, the truth is that even in the private sector Muslims find themselves at a disadvantage, partly because of discrimination (which has increased since 2014) and partly because of lack of adequate qualifications.

Dr Shabista Gaffar, who has served as chairperson of the committee on girl’s education instituted by the National Minorities Commission during the UPA government, says that what Muslims face is a Catch-22 situation. ‘Schools that most Muslims have access to still teach [the] old curriculum. They have no concept of emerging career options. As a result, even the educated do not get the jobs they believe their education should get them. This disheartens them and discourages others from spending time and money on higher education,’ she says.

As a result, even in the private sector, among middle level to senior employees (from senior executives to director), only 2.67 per cent are Muslims. According to the ET Intelligence Group Analysis of 2015, of 2,324 senior executives in BSE-500 listed companies, only 62 were Muslims. Even more worrying was the finding that in places where Muslims were employed in very senior positions, their remuneration was comparatively lower than that of their peers.

Excerpted with permission from ‘Born A Muslim: Some Truths About Islam in India’ by Ghazala Wahab published by Aleph Book Company

The theme of these stories revolves around longing and heartache. In my previous blog, I gave examples of how female harpists were depict... 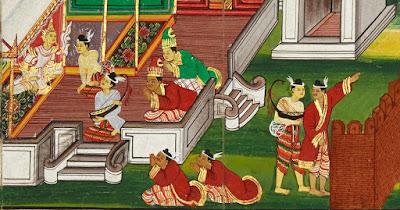