Maradona Shrine in Kerala: Hotel room he once stayed in has been a museum for 8 years

This hotel room in Kerala is rented out only to customers who are fans of the iconic player- Diego Maradona.

When V Ravindran heard that football legend Diego Maradona had passed away, one of the first things he remembered was the deafening applause that one of the greatest footballers of all time received as he stepped out of the Blue Nile hotel in Kannur district of Kerala on 23 October 2012. 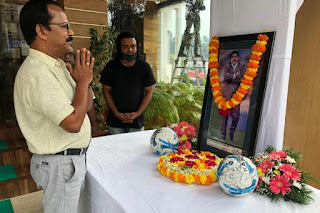 "Three months before Maradona arrived, his team came to inspect hotels in Kannur. They selected our hotel and gave us a list of preparations that they wanted for a VIP's stay, without revealing the name. We thought that it would help our business too. Two rooms were joined together and made into a large suite room. We arranged everything as they mentioned. Later in October we were informed that the guest was Maradona. I was overjoyed, because I was a great fan of the game and of Maradona," Ravindran, the owner of Blue Nile hotel says. 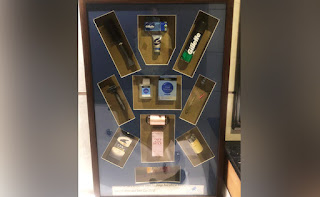 Room number 309 of the hotel is still kept as a tiny museum in memory of Maradona's visit. The accessories used by the football player, plates, spoons, bed sheets, bathroom accessories and even the shell of the prawns he ate were kept in glass frames. The room also has a display of rare pictures of the footballer and newspaper clippings about him.

The room is rented out to other customers as 'Maradona special suite'. "We give the room only to people who are fans of Maradona and to those who come in search of the room, because everyone may not maintain the room as it is and won't understand the value," he says by adding that at least two or three guests come to his hotel in a month to stay in the room. 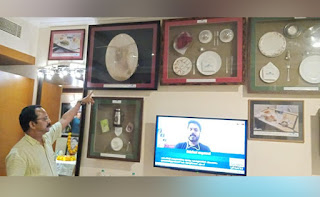 On Thursday, for the first time, the room was opened from 10 am to 5pm for the public in Maradona's memory.

Ravindran has a lot of memories to share about Kannur's favorite, Maradona.

"It was like god coming to our hotel. So we made sure that everything was perfect. Prior to Maradona's arrival we read that he is used to Russian cuisine. So I appointed a person who had previously worked as a chef in Russia. Prawns, salads, carrots and sweet lemon juices were the things Maradona mainly ordered. He doesn't speak English so his secretary spoke to us," he added.

Maradona stayed in the hotel for two days. Ravindran recalls how thousands of people gathered around his hotel just to catch a glimpse of their icon. 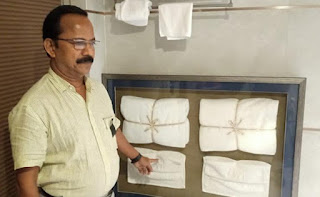 "I haven't seen that much of a crowd ever in my life. We were scared that they would rush inside the hotel. So we requested Maradona just to come out of the balcony and wave at the public. He did so, and the applause, I can still hear it in my ears, it was huge" he recalled.

He says that when the footballer hugged him while leaving, he was elated. "I still get goosebumps thinking about those days," he added.