In ‘Indian Icon’, Amrit Raj traces the journey of Royal Enfield setting up an Indian company with Madras Motors because the Army wanted hardy bikes.

Royal Enfield had come to acquire a fair amount of fan- following in the immediate years after the Second World War. During the War, the Redditch-based company made and supplied the ‘Flying Flea’ to the British Army as a means of transport for its paratroopers. These 125cc, 2-stroke engine bikes that produced 2.5 hp power could be dropped by parachute in a tubular crate behind enemy lines. Nothing like this had been done before. These bikes were fast enough for army purposes, light-weight, and able to get through where heavier vehicles would not.

Some Royal Enfield bikes were also being imported to India by Madras Motors Ltd Its owner K.R. Sundaram Iyer (KRS) also imported a host of other British bikes. In search of greener pastures, KRS and his nephew K. Eswaran had moved to the then Madras from their ancestral village in Kallidaikurichi in Tamil Nadu just before the Second World War started.

‘One worked as a fitter in the cycle shop and another as an accounts clerk in a cycle shop they eventually acquired. Then they also took over English Cycle, which was another cycle shop, and English Cycle was also importing bicycles from UK and selling it,’ Kapil Viswanathan, the grandson of KRS, told me in an interview for this book.

Gradually, KRS and Eswaran went on to become importers of motorcycle brands such as Raleigh, Rudge, Humber, BSA, Hercules, and Enfield.

In 1952, Madras Motors received an order for 500 350cc Bullets from the Indian Army, a model the company had launched three years ago in the UK. The motorcycles arrived from Redditch in early 1953 and proved to be a great success, being both hardy and easy to maintain. The army officers who rode the motorcycle in flat, cultivable lands to patrol Indian borders felt it was better than the bikes they used.

After 1947, the Indian Army had been using Triumphs and BSAs to patrol the newly-created Indian borders.

However, these motorcycles were prone to many mechanical glitches and frequent wear and tear. To compound the problem, they were all imported.

The Indian Army was so impressed with the Bullets that it wanted to place an order for more bikes. However, the Indian government was of the opinion that the bikes be locally manufactured.

The Indian government under Jawaharlal Nehru was operating on a shoe-string budget and wanted motorcycles that could be acquired at a reasonable cost. They were specifically on the hunt for ones that could be manufactured locally, that could at a later stage be ‘Made in India’. Nehru’s government believed this would allow industrialisation to take root in the country.

The British manufacturer agreed to the terms and conditions of the Indian government and presented the 350cc, 4-stroke Royal Enfield Bullet.

The next task was to find a joint venture partner in a mostly barren motorcycle landscape. This would come from an unlikely region, one that was far from the mountains and the northern plains of India.

‘T.T. Krishnamachari was the commerce minister at the time and my grandfather and he … they knew each other rather well. By Independence, my granddad was fairly well established as a large cycle importer, seller, and re-seller,’ Viswanathan said.

Enfield India had a solid start on the back of their first order from the Indian Army for the 350cc Bullet, whose rhythmic thump is part of folklore.

In 1956, a manufacturing plant was built in the Tiruvottiyur locality of North Madras and the production of motorcycles began in a phased manner. A total of 163 Bullets were built by the end of the year. The first completely ‘Made in India’ Enfield rolled out of the factory in 1962. India was now making and selling Royal Enfield Bullets.

When the Indian Army placed a big order for 500 Royal Enfield 350cc Bullets with Madras Motors in 1952, it could have broken a forty-three-year-old colonial record for selling the greatest number of single-brand motorcycles in India.

The record until then was held by Francis Benjamin Stewart, the famed photographer who had filmed the Delhi Durbar for Lord Curzon in 1903. Stewart ran a company based out of Pune called Messrs. F.B. Stewart and Son. Among other things, the company was also the distributor of Triumph Motorcycles in the country and they held the record for selling 136 Triumph motorcycles in the country in less than five years. 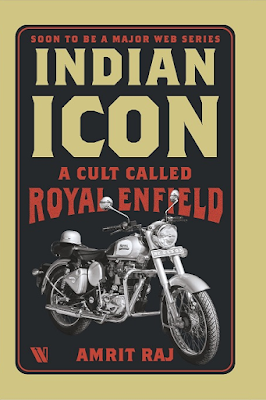 This excerpt from ‘Indian Icon: A Cult Called Royal Enfield’ by Amrit Raj has been published with permission from Westland Publications.