‘A Man’ looks beyond a stolen name and identity

Rie Takemoto, a divorcee with a young son, returns to her rural hometown in Kyushu where she works at her family’s stationery shop. A shy lumberjack named Daisuke Taniguchi periodically visits the store to purchase colored pencils and sketchbooks. A few months later, Daisuke invites Rie for a meal, and after a short courtship, the two marry and start a family.

Upon kneeling before the Buddhist altar and seeing a photo of the deceased, however, Kyoichi is astonished to see that the man who had claimed to be his brother is a complete stranger. 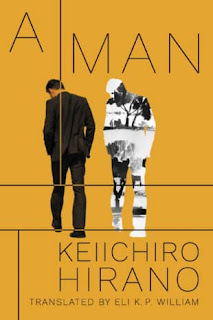 Who was this man, who not only took Daisuke Taniguchi’s name, but also knew so many details of his life? The only possible explanation is that he had obtained it from the real Daisuke, who may or may not still be alive.

At a loss for what to do, Rie summons Akira Kido, the attorney who mediated her divorce several years earlier. Kido’s initial task is to straighten out the legal mess the fake Daisuke’s death has kicked up, but he slowly becomes obsessed with tracking down the deceased man’s identity and the whereabouts of the “real” Daisuke. He enlists the cooperation of Daisuke’s former girlfriend, who searches for him via social media, and through Kido’s intuitive deduction at an art exhibit in Shibuya and an interview in prison with a man serving a sentence for identity forgery, the pieces gradually fall into place.

As an added bonus to the sympathetic characters and a well-constructed narrative is the detailed exploration of the complexities of the Japanese family registration system that made deception possible.

Particularly appealing is author Keiichiro Hirano’s compelling portrayal of Kido, who is troubled by his ambivalence toward his own identity as a naturalized Japanese of Korean descent. Kido’s wife doesn’t share his empathy, however, and instead resents him for spending time away from his family. He is then forced to suppress his better nature out of creeping concerns that his pro bono activities will stir further marital discord.

“A Man” may not end on a happy note, but the reader can take satisfaction in seeing Kido accomplish his mission. The puzzle is unraveled and his client and her children obtain closure. Mostly, though, it’s Kido’s many admirable qualities that shine through and carry the story.