‘They’ve had enough of everything’: Record numbers of Americans are giving up their US citizenship

Record numbers of Americans are renouncing their citizenship according to numbers reported by a New York accountancy firm.

Bambridge Accountants reports that 5,816 people gave up US citizenship in the first half of 2020 — a 1,210 per cent increase on the previous six months in which only 444 cases were recorded.

The first two quarters of 2020 also rank as having the first and second highest numbers on record at 2,909 and 2,907 respectively. 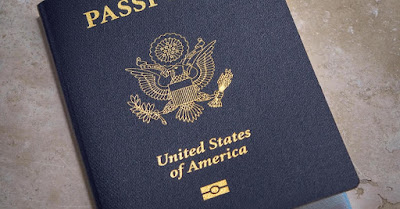 Bambridge specialises in preparing and filing taxes for US and UK expats, particularly those in creative fields such as acting.

The firm cites the pandemic as a motivating factor for US expats to cut ties and avoid the current political climate and onerous tax reporting.

Alistair Bambridge, a partner at the firm, told CNN: “These are mainly people who already left the US and just decided they’ve had enough of everything.”

He adds: “What we’ve seen is people are over everything happening with President Donald Trump, how the coronavirus pandemic is being handled, and the political policies in the US at the moment.”

There are approximately 9 million Americans living outside of the US.

Each year they are required to file tax returns, and report all of their foreign bank accounts, investments and pensions.

Mr Bambridge explains: “The current pandemic has allowed individuals the time to review their ties to the US and decide that the current political climate and annual US tax reporting is just too much to bear.”

On a positive note, those who have retained their citizenship remain eligible for any stimulus payments authorised by the US government in response to the coronavirus pandemic.

Asked about the impact of the November election on the number of people giving up their citizenship, Mr Bambridge said: “If President Trump is re-elected, we believe there will be another wave of people who will decide to renounce their citizenship.”

In order to renounce their citizenship, Americans must pay a $2,350 government fee, and those based overseas must do so in person at a US Embassy.

Every three months the US government publishes the names of those who have given up their citizenship.

Department of Homeland Security records show that in 2018, the year with the most recent data available, 761,901 people were naturalised as US citizens.

(Source: The Independent)
Posted by Arjunpuri at 10:30