Swara Bhaskar wrote a no-holds-barred letter to Bhansali lamenting his depiction of ‘jauhar’ in Padmaavat but at the same time, upholding the right to freedom of speech and expression. Not denying that she is a fan of his operatic storytelling, she pointed out the possibly damaging effects of glorifying the medieval practice of self-immolation.

The co-writers of Goliyon Ki Rasleela Ram-Leela and lyricists of one of the songs from Padmaavat, Siddharth-Garima responded to her letter by writing another open letter titled, An open letter to all Vaginas. The letter begins with the dictionary definition of feminism and then goes on decry the concept. 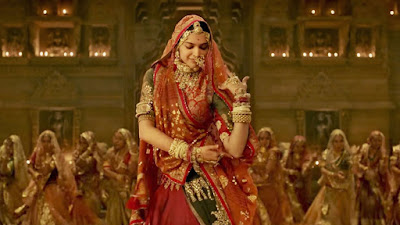 Here are some of the excerpts from the letter. After citing all the incidents in the film that depict Rani Padmini’s agency in the film as a strong queen, they continue to question ‘equality of the sexes’ and Swara’s statement about feeling like being reduced to a vagina after watching the film.

But how can anyone advocate about ‘equality of the sexes’? A woman has a vagina, the door to life. It has the power to procure ‘life’, which no man, however hard he tries, can ever do. The question of equality is settled there, once and for all.

They must have felt like a ‘vagina’ when she chose ‘fire’ over ‘rape’? It was her ‘call’, her ‘decision’ as a vagina. Right, wrong, strong, weak is up to you to interpret as a ‘penis’ or as a ‘vagina’.

What perhaps was a victory for the filmmaker was the blinding of khilji as he entered the fort precincts, by burning embers thrown at him by the women. Such was the power of their fire within that they didn’t let the enemy lay their hands upon themselves. Why make them small and guilty of an act that they chose to protect themselves in the face of lynching and a life of slavery? Why judge that day from 700 years ago with ‘what would I do today’? It’s a film based in the 13th century when women preferred and chose death to rape.


Then don’t watch historicals, here or abroad. A ‘gladiator’ would perhaps shake your sensibilities of a slave in today’s context! Or a Troy might again make you feel like some other body part… A squishy liver perhaps. Since we cant appreciate art, lets violate it. With Karni Sena on one side and the vaginas on the other.

Padmavati was not a ‘rape victim’ who was so shamed that she didn’t have a right to live, as you make it out to be in your letter. Amazing what you all make it into. Was your open letter about Padmaavat or the regressive ‘Bhoomi’?