Why we have to fall in love with Rudra and not Kodi?

One of the most memorable Tamil films we watched this year was ‘Kodi’. It’s memorable because it had a surprise, Trisha, top Tamil heroine, playing a vampire, rather say the villain in it. Even though she plays a negative role, we are left nothing, but to fall in love with her.

There are some of the best aspects to like in the movie when it comes to Trisha’s role. First and foremost, Tamil heroines always do a sexy and glamorous or an innocent next-door girl type of roles. They rarely get to do a character which has its own strong mind and behavior. Most of the times, they are etched as mere caricatures. Their characters are so meekly carved out that all they do in a movie dancing, singing or running behind the hero as his love interest.

In ‘Kodi’, Trisha plays the character of Rudra. She is an integral part of the flick, not some curry leaf to be thrown away and finish off the food! She is ambitious, ruthless and manipulative like every other politician we have come across. 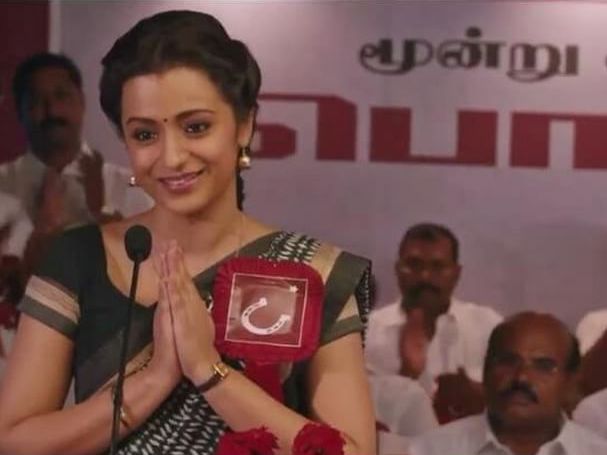 Even though she is a villain, she doesn’t wear that gaudy make-up or heavy jewelry or rich silk saris. She dons her character like a simple heroine. Her attires are limited to cotton saris and salwar kameez.

We don’t hate her like how we hate Ramya Krishna who played the role of Neelambari, a symbol of evil, in ‘Padayappa’. When we come to know that she is the villain, then also she doesn’t change her dressing style. She continues her simple heroine-worth attire throughout.

For instance, Jothika who has played a negative role of seducing married men and blackmailing them for money in ‘Pachaikilli Muthucharam’, dons a nose ring from the beginning. She changes her simple looks associated with saris and kurtas to a sexier version when we discover her evil intentions.

Rudra doesn’t use her sexuality to get what she wants. She is in relationship with Kodi, played by Dhanush. She never seduces her man or gets sleazy with him to tell us that she is shameless or a characterless woman.

In fact, Rudra is a very strong woman and gets outraged when sexual remarks are passed at her. She’s not the one to keep quiet when Kodi wants her to be merely his wife who can look take care of the family affairs. But that doesn’t mean that she’s shown as some old and undesirable woman. She looks the same throughout, young, simple and fresh with the same smile, with the same piercing eyes.

Unlike other villains, Rudra is courageous to speak the TRUTH. She readily and openly accepts that she is the evil. She doesn’t mince her words to accept the truth. She’s an honest villain, indeed. But that doesn’t mean that the honest evil can survive over the good force. 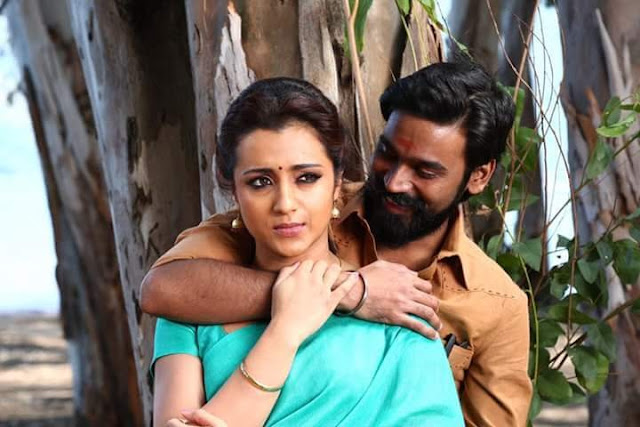 However, the hero doesn’t put an end to the evil, because it’s in the form of a woman! Is it cowardly to kill a woman? Or is it not manly to kill a woman? The hero can slap his wife or girlfriend or sister or relative or even villain, but he won’t kill her… Slapping and abusing is considered a macho act, but killing is cowardly!

That’s the same thing Rajinikanth aka Padayappa does in the movie. He throws a spear towards Neelambari to protect her, not to kill her. To save the grace of the hero, Neelambari chooses to kill herself.

In ‘Kodi’, the hero doesn’t kill Rudra, even though she’s the killer of his twin brother. He leaves her alive. Surprisingly, it is the hero’s friend who kills her tearfully.

In ‘Kodi’ Saranya, who plays hero’s mom, says that Kodi might have died so that his lover Rudra could get what she aspired for. Kodi’s death is shown as a sacrifice to fulfill the ambitions of Rudra.

Fortunately, this film doesn’t take the usual misogynistic route to establish a woman’s capacity for desire and evil. Wish there was some more info on Rudra’s role. Nothing is shown about her family, why she’s so ruthless and what made her tick till the end…

However, it’s a different feel to watch a woman like Rudra carving her own name and place in her own dreamt career when most of the films have heroines with no ambitions or careers or dreams!