When the residents of Aleppo cried for help, HH The Emir Sheikh Tamim bin Hamad Al Thani cancelled its national day celebrations on December 18 and decided to donate the funds to the Syrians in need. The emir asked the residents to focus more on the efforts to help Aleppo people.
I still remember the day my colleague and good friend Rezaa asked me to donate some clothes for Syrians in 2013 when I was working in AJE. His sister and brother-in-law were volunteers helping people in the war-torn Syria. He had thanked me when I had given him two bags full of clothes to help the people.
Unfortunately, he lost both his sister and brother-in-law in one of the bombings in Syria. This year, again when Syria is in distress and it cried for help, I fondly remembered Rezaa and the initiative he had taken to help the people in distress. Though we both are no more in AJE, we donated for the cause and thanked each other for helping the needy brethren.
Like us, thousands of residents wholeheartedly donated in cash and kind to help evacuate and rehabilitate displaced Syrians from Aleppo at a special event conducted at the Darb el-Saai in Doha.
The collection, more than QR 245 million ($67.2 million) in less than six hours, is just an example of how generous the residents of Qatar when it comes to help the needy. 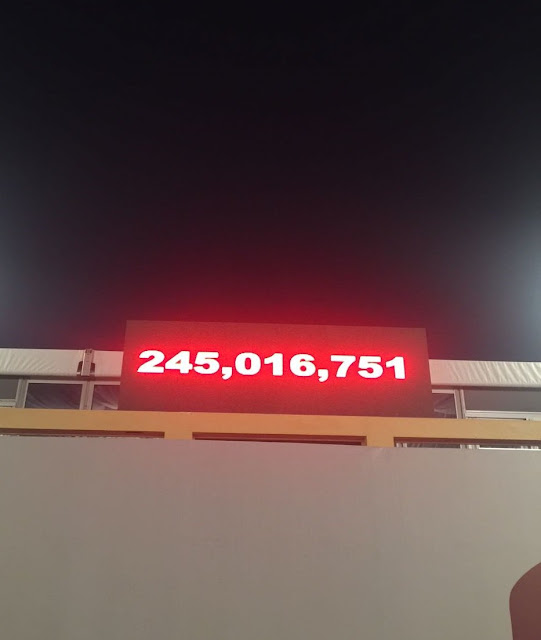 The massive fund-raising event which was supposed to close by 10pm was extended late into the night following huge demand. 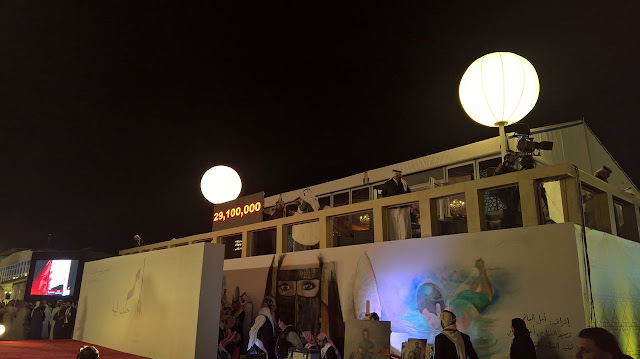 As soon as the announcement was made by the emir to help Syrians, the people came forward to help. There was a deluge of promises for help in cash and kind. Over 100 donation boxes (for cash and kind) were placed at Darb el-Saai.
Jassim and Hamad bin Jassim Charitable Foundation (HBJ Foundation) donated QR50m while the Ministry of Awqaf and Islamic Affairs donated QR10m. Qatar Development Bank, Ooredoo and Barwa Real State Company all donated QR5m each. Several individuals gave away QR1m to QR3m each.
While several other public and private companies donated for the cause, many women donated watches, jewelry and other expensive items. Several brand new and used vehicles were also donated and kept up for sale, with the proceeds going to charity. 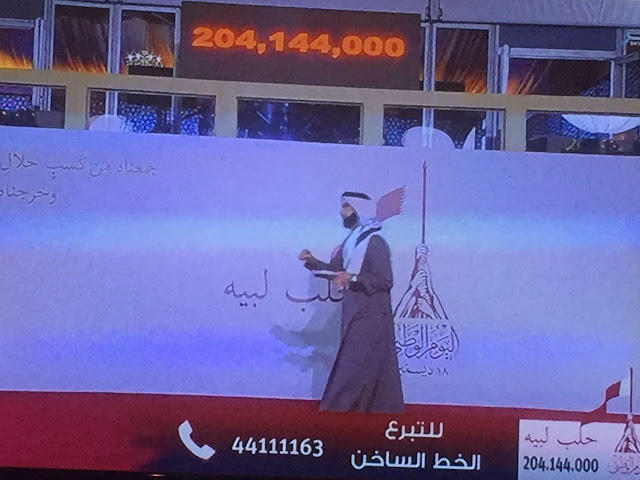 Several Qatari companies and families cancelled their celebration plans and donated the money earmarked for it for the Aleppo cause. There were several activities at the venue dedicated to encourage people to donate.
Five leading Qatari charities - Qatar Charity, Eid Charity, Qatar Red Crescent Society, Sheikh Thani bin Abdullah Foundation for Humanitarian Services (RAF) and Afif Charity - joined hands for the event at Darb el-Saai.
Long live Qatar and its residents for such a kind gesture!
Posted by Arjunpuri at 11:46