This is one question which always has bothered people, but they have never dared to ask in public: Don’t widows/widowers, divorcees, gulf widows never need sex? This question again popped up in social media today, as Urmimala Das, a widow from Assam, shared her agony on Akkar Bakkar. The headline – “I'm A Widow And A Mother: My Fault Is I Need Sex And I'm Not Sorry” – is sufficient to know the story of the widow mother.

Before coming to the point, here’s a quick read of Ms Das’ story in her own words:


“I am a 40-year-old widow with a 20-year-old son from a small town in Assam, India. And I have sexual desires that's too much for you to digest.

Being a motherless fourth daughter of a police officer who had cancer, my life was not easy since the very beginning. A troubled childhood taught me how horrible it is to be born as a girl in a backward, conservative family of a small town. My younger brother (who was just a year younger than me) got all the attention and love from my dad and relatives, whereas we (girls) always felt unwanted. In a way, we were used to being mistreated. For my dad, we were nothing but a curse, a burden. In spite of this negative atmosphere, there was something that made my life beautiful. The wonderful nature of my surroundings helped me dream of a better future. One day in front of a calm river in the summers and while staring at the rising sun, a 10-year-old promised herself that she would become a good mother.

I didn't know what a 'good mother' meant but I was pretty sure it was the opposite of all that my sisters and I had been through in our childhood.

I never enjoyed my teens like my friends did. I gave up my love for painting even though I could see a bright future for myself in that field. I couldn’t fight with my dad for the things I needed to continue with my hobby, I just found it easier to give it up. He wanted to give his son a secured future with lots of money. So, he decided to save each penny for my brother. How could I ask him for a new book that I wanted to read or a box of watercolours?

My sisters and I had accepted our fates. We were the poor daughters of a rich father.

But that wasn't the end of it all, a challenging adulthood was waiting for me with open arms when I grew up. An early marriage, an alcoholic and a drug addict for a husband, a baby, and an incomplete education were enough reasons to break me mentally. But this time around I decided to not give up, no matter what. I remembered my promise to myself in front of that river. It was the start of a real struggle. I couldn’t file for a divorce as I didn’t have either money or the time. Plus I had to be the good mother to my son. I decided to live separately without getting the tag of a divorcee. I was earning my bread and butter through a job, I was studying, and was looking after my son. I couldn’t marry again as I was still 'legally married'. Finally when my irresponsible husband died, I got the tag of a widow.

I couldn't escape the infamous tag in our society one way or the other but still, it was a great relief for me. And no I don't feel ashamed feeling the way I did.

Does it sound bad? Maybe, but I believe my long struggling life gives me the right to feel so. I am not that 18-year-old girl anymore who didn’t express her pain or her thoughts or didn’t raise her voice socially/legally against injustice once upon a time. I'm not being a hypocrite here. But begging for my rights didn't get me anywhere.

Today, I'm a widow and let me tell you how society wants me to live my life.

Society wants a divorcee or a widow to live her whole life without sex, regardless of when she lost the physical intimacy. It could've been at age of 18, it could've been at 50. But, nobody cares. I always found sex healthy and this taboo of not being able to do it suffocates me a little every day.
I may not wish to get remarried for many reasons, the biggest being my son. But does that mean I have no sexual needs or I shouldn't have any? Finding an appropriate person as a life partner AGAIN is not an easy task for a widow in the Indian society. I fail to understand why I am NOT allowed to have a healthy sexual life.

In a situation where most people don’t want women to talk about sex and related topics, I can imagine how much hatred I might face after expressing my thoughts on my sexual desires publicly. But it is one of my basic needs. I don't deny it and I don't want to. I crave for a sexual touch every night I try hard to go to sleep

As a mother of an obedient and intelligent young son, I see myself as a smart, successful single parent. Hopefully, society accepts it too. I am smarter and better than many ‘normal’ parents who have failed miserably at parenting. But I also get tired on some days and that's when I fantasize about things I'm not 'supposed' to think about.”

Ms Das’ Note:
When a widow is doing her duties properly, and is a socially responsible citizen, do you really need to peep into her bedroom? It is really high time for the society to change its mind set. Widows and divorced women are normal human beings too. Live and let live.

Divorcees and widow/ers: Most of the time it is this sexual drive which makes divorcee men seek young girls as brides. Even when they are in their 40s/50s, they seek girls who are in their 20s/30s! Moreover, our society is such that men have several options, including visiting prostitutes, to fulfill their sexual urges.

From all the corners it is the women who bear the brunt. Whether the woman is in her teens or in her 50s, she has to suppress her desires, as it is no less than a sin to even express it in front of others. 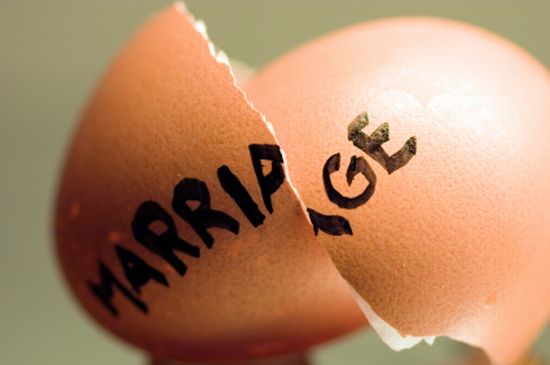 Married spinsters: We had a teacher who was a Gulf widow and she had extra-marital affair. When others learnt about it, she divorced her husband and married her lover boy.

I still remember one of my friends telling me a decade ago that how her mother-in-law had once told her that she was unable to control her sexual desire and kept visiting her husband, who was posted in north India, as much as possible. My friend had mocked that it was this desire which led her in-laws to have a child when the elder son (my friend’s hubby) was 18-year-old! Though we laughed and left that topic there itself, today I wonder what she herself is going through after her husband dumped her for another woman!

Besides, I have seen some Gulf widows, who lead a life of married spinsters, having extra marital affairs. This is not unusual or a new thing. The point to note here is though most of the times, extra-marital relationships are attributed to the women it is the other way round. Most of the times men, usually within the family, exploit the situation and put the blame on women.

Unfortunately, the ubiquitous driver who has access to the house is sometimes associated with such relationships, besides the father-in-law and/or brothers-in-law.

It is unfortunate that women can’t even express their desires like men, let alone fulfill them. When will our society change its mindset? When will we all start thinking and treating women, especially divorcees and widows as normal human beings?