The world around nannies

During my routine evening walks, I see some six or seven small children verbally abusing and beating their nanny while playing. The nanny looks so feeble in front of them to defend herself. She tries to convince them, but in vain. I see a girl pleading for some mercy and the kids find it funny to abuse her. They enjoy screaming, yelling at her and occasionally beating her. I wish I could understand their language, but alas, I cannot. I wonder if the parents know about what’s happening around them.

I often wonder if the higher salary, bigger title or extra professional recognition can make up for leaving a toddler in tears each morning, or returning to a teen who is hurt and angry each night. Even if they can afford the best child care or hire a nanny or a housemaid provide the warmth and doting attention they remember having as children? Why do parents have to make such a primary personal sacrifice because of their careers? All because for some extra bucks, for that title, for that position? But how will they get to see the growing days of their children? Can that post, title or money buy them that pleasure? 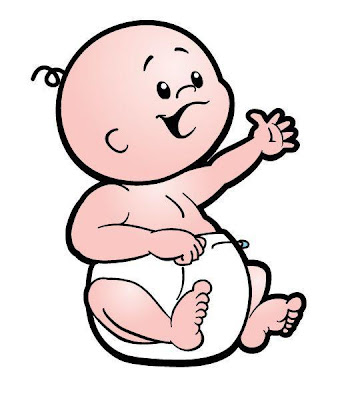 And how can I forget an incident where a nanny was renting out the baby for beggars? When I was working in Bangalore, one of my colleague’s techie friends had a shock of her life. A city which is known for its outsourcing - from projects to hired killings -- went a step too far and too cruel. A housemaid hired by an MNC couple rented out their baby for Rs 100 to a racket of beggars on the streets of Bangalore.

Early every morning, the couple used to dress their seven-month-old baby with the finest of all clothes, keep fresh milk and costly eatables ready and leave the child in the hands of a maid who was hired through an established agency. But as soon as the couple left, the maid used to mix sedatives in the milk, remove all the costly clothes and dress the kid in torn and dirty clothes. And then, he would be picked up by agents who run a flourishing racket of beggars on the streets of Bangalore. For the whole day, the drowsy child would be carried by a beggar on her shoulders and dropped back in the evening to the maid's hands. The maid used to spend her time happily watching the serials and movies on the television and eating all the stuff left behind for the child.

Every day, the couple was surprised and stumped to find their child inactive and drowsy. He never used to play or create a ruckus. One day, the mother of the kid returned home early from work. To her shock, she found the maid in front of the TV and the baby was missing. The maid went into a panic and was confronted by the mother. The maid then confessed and told her that the child had been rented out and would return by evening. The mother was shocked to find her kid come back dressed in tattered and dirty clothes and sleeping on the shoulders of an unknown woman whose job was to beg daily. 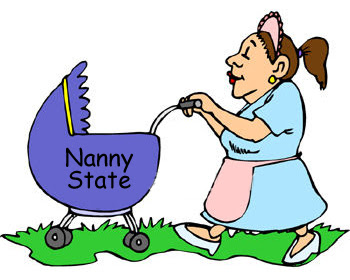 I laud my former colleague, and one of my good friends, Ashwini Katgeri, in this regard. She quit her job once she was expecting and even though her son is going to the kindergarten she hasn’t taken up her job yet, all because she wants to spend time with her child and would never entrust him to the hands of a nanny or a housemaid. She doesn’t want to outsource the job of being a mother to her three-year-old son.

Here, most Qataris have one or more maids – one to cook, one to clean the house, one to look after kids, one to water the plants, blah blah blah. And some even have maids or nannies to look after each of their kids! And not all the maids are like my neighbour’s Sri Lankan maids, who are strong enough to manage the Qatari kids. Some are so young and look so delicate and fragile that I wonder how they manage those children and their tantrums. On the one hand, I see how Lankan nannies next door abuse Indian kids, and on the other hand, I see how some nannies and housemaids are verbally and physically abused by the children themselves.

Unlike my neighbours, who go to work, often for even night shifts, I don’t think many Arab women go to work, even if they do, not for night shifts definitely. And since most of the time, the children spend time with their nannies and hardly get to see, talk or spend time with their parents, I think many such incidents go unnoticed. Or the kids are too young to tell their parents that they are being abused by their housemaids or nannies or in turn, maids and nannies are too scared to report to the parents about being abused and bullied by the kids. Or it may so happen that the maids or nannies are too scared to report it for the fear of losing their job.

Children often follow and try to imitate what elders do. If the parents mistreat the housemaids by screaming at them and the children are witnessing it, they also feel and take it for granted that such a kind of treatment is acceptable and they try to replicate their parents’ behaviour.

Seeing the kids always with the nannies, I sometimes even wonder if the children see their parents at all while they are growing up. I see how the nanny next door pinches and constantly beats our neighbour’s girl and the little girl hardly sees her parents, as both are busy with their work. And how will they get time to bond with their parents? 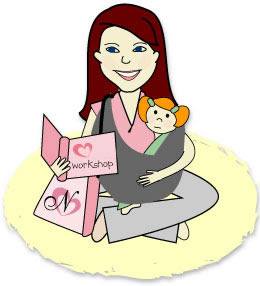 But even if they are good and treat the children well, I also see another negative aspect of this cycle. Since most of the maids or nannies are from different languages and cultures, the kids will quickly pick up their culture and habits. And I now realize why most newspaper ads seek housemaids or nannies from a particular region or religion or language. Being Malayalees, my neighbours have Sri Lankan maids and both the maids talk to the children in Tamil and the kids have picked up Tamil and not Malayalam.

If a Qatari family takes a Lankan or a Filipino nanny, definitely the kids will pick up Tamil or Filipino and not Arabic. It will say A for Apple in Tamil, Mansanas in Filipino and not Tuwfaha in Arabic!  And what about religion? If they have a Hindu or a Christian maid?! The kids will learn to worship the same way that their Hindu or Christian housemaids do, and have little knowledge about Islam or Islamic worship!

Many nannies and maids can leave a bad impact on the kids. The manners and habits they teach the kids might not be desirable ones. Plus what’s the guarantee the children are fed well and getting adequate nutrition?

I wonder if the parents really get to see their children, as I see most of them are out with friends, shopping, at work or away on business trips. When the children reach their teenage and do not require babysitting by housemaids or nannies anymore, parents try to exert some control over their children's lives, but are unable to do so as their children have little connection with them! I don’t think most of these parents even know anything about their children or their studies or lives, as everything is taken care of by the nannies or maids, right from dropping off and picking up the children from school and sometimes even attending parent-teacher meetings! Many of these children see their nannies or housemaids since their birth and develop a close relationship and bond with them. They are almost like substitute mothers. I have often seen how young children run to their maids instead of their mothers when they hurt themselves.

I think many Arab women from upper-class families, who were pressured to marry early and have children early, leave their children to the care of maids and nannies and spend most of their time going out and having fun, trying to catch up on the years they missed being young and free. But I cannot generalize things as well, as there might be some women who are balancing things properly and taking care of their kids too. Many of them work as teachers and serve in government jobs so that they can start and finish work at the same time as the schools, allowing them to go home and spend time with their children.
Posted by Arjunpuri in Qatar at 08:36