Stop asking us about kids, allow us to live our life...

I think this post will put a full stop to all those irritating questions, sarcastic queries, talking behind our backs and always hurting us by asking the same question again and again for the past four years. I stopped attending functions and wedding to avoid stares and questions. I’m literally fed up of answering the questions, such as “anything special?”, “no special news?”, “how long?”, “why are you not thinking?” blah blah blah. Plus, irritatingly, people advise me how I should get kids and what I should do to get kids! Oh, man! It’s my life and don’t I have the freedom to lead my life the way I want to?

Before the wedding, all the questions and stares concentrated on my wedding and now it has shifted to having children. In the beginning, my friends used to invite me for their weddings and I had to answer the questions of others on “when is my turn?”, “why am I still single”, “there must be some affair”, blah blah blah. Later, married friends started inviting me for their baby showers and there also, the same irritating questions lingered on and on. Later, I stopped attending weddings till I got married. Then I tried attending a couple of marriages, and within two months of my wedding, started the “special” questions and still they continue. And if anybody invites me for functions or weddings, I have a ready answer, I don’t get leave or I was extremely busy or I had to attend an equally important function at another place! 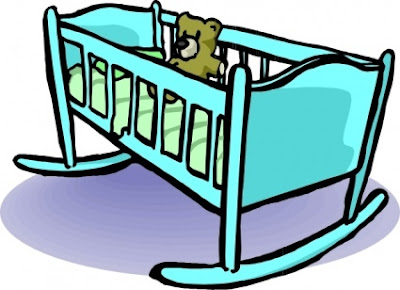 When Japanese Prime Minister Taro Aso advised his countrymen: “If you don’t have money, you’d better not get married. It seems rather difficult to me for someone without means to win people’s respect.” Not many realised his words, for it drew much criticism from across the world. But I sincerely feel that what he intended was to tell youth to not get kids without saving or having a good salary to take care of them.

It’s been almost four years and I have heard so much from my in-laws, relatives, friends and even colleagues to have a kid soon. It hurts when people call me barren behind my back. There is a close friend of mine who had a very sad story to tell me. She’s also been married for four years and I was literally shocked when she told me how her husband’s brother’s wife delivered a baby and she was not even informed about it and when they went to see the baby they didn’t even allow her to take the baby, as she was childless! It was a rude shock to me when she told me in sobbing that her father-in-law openly told her not to attend the baby’s naming ceremony. 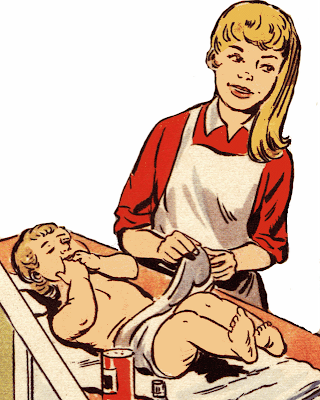 Parents expect us to get a kid within one year of marriage. And we know our responsibilities and commitments but we fail to make them understand. Not that we have some problem in getting kids, but we are yet to make up our mind for children. It’s not that we are not in a good position but we want to give the best for our child. We hope that the humiliation we both have undergone for the past few years will prove to be worth one day or the other. When we aspire for a certain lifestyle, we should achieve it first by reaching that financial status. Of course, no one can stop us from getting a child, but we are not ready to make any kind of compromises for that.

When it comes to marriage and kids, the rules are different for guys and girls. A guy has to be in a position to take responsibility of his wife if she chooses not to work and the kid. But as today’s woman, I enjoy financial independence and contribute just as much to the family kitty. In Indian culture, it’s usually the parents who pay for the delivery and hospital charges but even then, one needs to have security before taking such a big step. From our wedding to honeymoon, we have paid ourselves and have not been burden so far. Right from the wedding to setting up house to planning a family, there is a long list of expenses and we feel that it’s a big commitment. We both strongly feel that both of us should have at least six months’ income on hand for emergencies and both should have surplus income to save after the monthly expenses. When we plan to start a family, we need separate savings for the child.

Though it is sure that the buffer against many storms of life are stable relationships with friends and loved ones, sound economic condition and savings make a lot of difference. I have even heard that in Africa, a person cannot get married easily until he is financially stable.

If people say marriage may not have to depend on one’s financial status, they have to think twice. To build a family and have children certainly require a lot of money. Our kids will not be able to compete on level playing field if we are not financially able to nurture them. I have seen my friends who were born into big families with eight to nine siblings. How my friends wished that their parents had not given birth to them! The cost of bringing up children is becoming astronomically high.

We don’t favour having children without at least a continuous income which leaves extra money after paying all bills is. My man is an excellent husband who not only worships the ground that I walk on, but also respects my ideas and plans. He agrees with me that producing a child is a major financial responsibility that not everyone can handle.

I think that a couple should wait to have children until they are ready. Establish yourself as a person, find a good job and save money so at least the problems can be avoided. It’s not demoralizing marriage, its strengthening it and improving the quality of life and the relationship so a person need not have to worry about financial condition. Yes, love should be the reason for marriage but unfortunately it’s not the only thing to sustain it. Love alone cannot ensure that your child has food, clothing, the things he or she needs to have a quality life. It might be nice to think so, but it’s not true. I think that’s part of loving a child, making sure he or she has the basics. We don’t want to depend on other people or the government for our children. Will the society and our relatives understand this? Will they stop staring at us and questioning?

And this is what I love about Doha. Here nobody irritates us asking when we are going to have kids. And, some do even here, and let me tell you, they are the same people who are from India, from south India, and not any Westerners or Qataris!
Posted by Arjunpuri in Qatar at 13:28