Befriending students on FB? Stop, think before you click yes...

One of my friends’ brother one day told me that he’s using the Facebook since he’s 13-year-old. That’s not surprising, given the importance of social networking. But what fascinates me is the fact that how he and his friends comment about their exams, classes, teachers and other stuff. He comments regularly, starting from where he is, what did he do at the school, after school hours, what his brother is doing, what did he say to him, what did he ate, what did he buy, blah blah blah. Literally, he gives all the accounts of hid day-to-day life on Facebook. 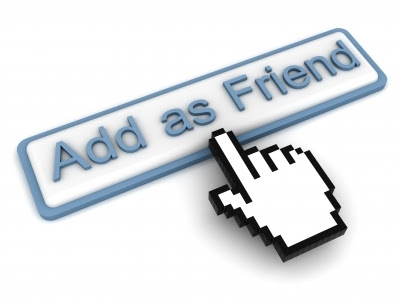 I have seen a few of my friends who are working as teachers and lecturers commenting on their students’ wall. The other day, I saw a student commenting on my friend’s Facebook wall on the occasion of farewell and apologized for missing the party. His next question was when he could go to her house to say farewell, as she was leaving the country, with a smiley. Maybe I would have not befriended any of my students on social networking sites when they were still studying. And sometimes I wonder how far will it help or harm us by adding students in our friends’ list.

These are the days when countless, including me, feel threatened and unsafe in the cyberspace where we cannot identify our so-called enemies. Even though some comments look very innocent exchanges and look perfectly normal in the world of social networking, they can sometimes cross the limits. And I believe there’s some reason when some school principals get angry over the teacher-student relationships, once they step out of the classroom. This is an era where many offices are removing the walls between managements and employees, by removing the 'Sirs' and 'Ma'ms' from official lingo, thanks to the globalization concept. When parents behave like buddies with their wards, principals’ and teachers’ fears may seem little odd. But their fears are not exaggerated.

Last year, a student of Delhi's Mira Model School put a nasty comment on his teacher's wall after she admonished him. It is in February 2011, a 13-year-old student of MP Shah School at Vile Parle, Mumbai, was suspended for posting "abusive language" on his principal's Facebook wall. The boy had sent a friend request to his principal, Vandana Tandon, and her daughter had accepted the request by mistake. A week later, when Tandon logged into her account, she saw boy's obscene comments on her wall. The boy's father in turn alleged that the principal had retaliated with even more obscene remarks. Many students misuse the internet and it is time that they know that social networking is not child's play. 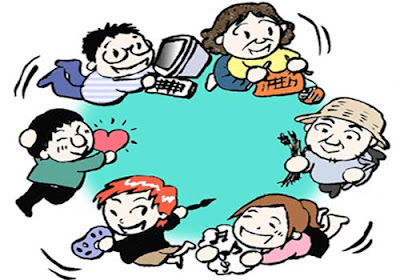 Living in the social networking world is like treading a double-edged sword. How can anyone forget when a report on Indian students even made headlines on the BBC? A leading Chandigarh school, Vivek High School, suspended 16 students for writing rude messages regarding a female teacher. All started when a high school student initiated an online "thread" by posting images of his test scores alongside "rude and abusive" remarks. The "abusive" thread soon became a regular forum for the school's senior students to indulge in teacher-bashing, until a week later one of the faculties found it by chance. The school management suspended all the 16 students indulged in abusive remarks.

Though one might wonder if the school’s action infringed students’ privacy and right to free expression, and has no business to peep into their personal and online lives, we have to think the sort of impact it leaves on the victim. So there’s some reason when the principals of most schools discourage virtual interaction with students, some of them even going to the extent of strictly forbidding teachers from becoming friends with students via social media like Facebook, Orkut or MySpace. I had even heard that the Bangalore International School is very strict regarding this and the principal there strictly monitors and takes firm action against some teachers who accept requests from students!


Recently, I watched a programme where Facebook becomes a tool to express vengeance. Students get into a minor squabble at school and a few of them attack a girl on FB. They create fake accounts in their friend’s name and make insinuating middle names. Since it is very easy to get the profile pictures of people, they photoshop her photos and post some really derogatory stuff in the activities column, forcing the girl to end her life. A minor fight at the school ends in the death of the teenage girl. 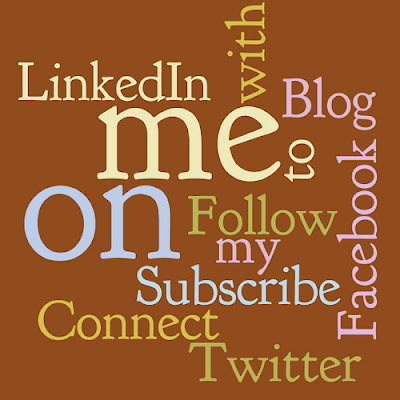 It is not just in India, even schools abroad have ordered or urged teachers not to "friend" students on social-networking sites. Some also have strengthened guidelines governing school employees' use of social-networking sites. But that’s not all. There are reports coming from the West when teachers suspended for involving with students. One headline in the Huffington Post read: ‘Teachers FIRED For Flirting On Facebook With Students’, another in the Newser read: ‘3 Teachers Fired for Flirting With Students on Facebook’. The report said:

Bad idea: Kissing your 18-year-old former student on the lips. Worse idea: Taking a picture of it. Totally insane idea: Posting that picture to Facebook. It’s just one of the crazy stories coming out of New York City, where at least three educators in the past six months have been fired for having inappropriate student-teacher relations on the social networking site.

The other two fired teachers, both male, are accused of flirting with female students via Facebook. The other is accused of sending inappropriate messages, like telling one girl she was pretty and another that her “boyfriend [doesn’t] deserve a beautiful girl like you.”


Another in the New York Post read: ‘Teachers fired for flirting on Facebook with students’. One of the booted employees is former Bronx teacher Chadwin Reynolds, who "friended" about a half-dozen girl students and wrote creepy comments like, "This is sexy," under some of their Facebook photos. Reynolds, a former Fordham HS for the Arts teacher, allegedly even tried to get one teen to go out with him by getting her phone number and sending her flowers, candy and a teddy bear. He even posted a tasteless tagline that read: "I'm not a gynecologist, but I'll take a look inside."

Another ex-DOE employee -- Laurie Hirsch, 30, a former para-professional at Bryant HS in Long Island City, Queens -- was canned in May for her steamy Facebook shenanigans involving a student. She had posted a photo of her kissing an 18-year-old male former student on the lips, which sparked an investigation. The student subsequently told probers at the Office of the Special Commissioner of Investigation that he had had sex with Hirsch about 10 times in her apartment last year, and records revealed 2,700 phone contacts between the pair over a six-month period.

In Manhattan, substitute teacher Stephen D'Andrilli also "friended" several female students at Essex Street Academy on Facebook and sent inappropriate messages. He allegedly sent one girl a message telling her she was pretty and told her he had tried to visit her during one of her Saturday classes. To another young girl, he wrote that her "boyfriend [did not] deserve a beautiful girl like you".

As part of a wider probe into inappropriate teacher conduct, a fourth employee -- a male teacher at La Guardia HS -- was found to be giving extra credit to students who "friended" him. He was not disciplined.
I feel it is safer for teachers and students to be interacting on the educational plane, at schools or colleges, but not on a friendship plane. Socialising on Facebook can cross over into areas that can be potentially dangerous. One student even called his teacher fat on Facebook. In February 2011, a California high school student was suspended after updating his FB status with rude remarks about his teacher's weight. A high school student referred to his biology teacher, Cimino, as a "fat a-- who should stop eating fast food, and is a d-----bag" after Cimino assigned his classes three times more homework than usual in December 2010, Mashable.com reported. Sacramento’s Mesa Verde High School was notified of the Facebook post and reportedly suspended the student for one day on charges of “cyber-bullying”.  But according to the  San Franciso Chronicle, the American Civil Liberties Union sent a letter to school authorities asserting that Tobolski had been within his right to free speech when posting the "fat a--" comment to Facebook!
Coming back to closed-knit societies like India and other Asian countries, there are a lot of young and unmarried teachers who are friends with their students. Their interactions on Facebook can be misconstrued or misinterpreted. Children are protected by the legal system, but teachers can always become victims, as social networking blurs, the line dividing teachers and students, diminishing the former's respect and making it difficult to deal with students in the classroom.

Even abroad, they are getting very cautious when it comes to social networking sites. The National Union of Teachers in UK recently warned teachers against befriending students on Facebook. The state of Louisiana went a step further and made it illegal for students-teachers to interact in cyberspace. Maybe in India also, there should be some strict rules barring befriending their teachers students on Facebook.

But it doesn’t mean that students should not be in touch with their teachers through social networking sites. Facebook can be a good way to stay in touch with ex-students. When I was a teacher, I never wished to let students enter my private space. They don't need to know who I chat with, what I did on my weekends or what my or my friends’ hobbies are. I would not feel comfortable if students comment on updates that were related to my personal life. I am friends with my lecturers and professors, but I’m very cautious and refrain myself from posting any comments on their personal status messages or personal photographs. I respect their freedom and would never cross my limits.

But I have also seen some of my friends who are working as teachers befriending their students. Some of them even feel that FB is a great medium for understanding students. When they are down, they console them, share their victories and motivate them before exams, on the FB. But I wonder how far are they successful in striking the right balance when it comes to their comments on students’ personal status messages or their students’ comments on their personal status messages.

Posted by Arjunpuri in Qatar at 18:12