Julian Assange is “hearing voices” and at “high risk of suicide,” psychiatrist says

At a hearing for Julian Assange, a psychiatrist testified that the Wikileaks founder is experiencing strong hallucinations and is at a high risk of suicide.

At a recent extradition hearing for Julian Assange, a psychiatrist testified that the embattled Wikileaks founder is experiencing strong hallucinations and is at a high risk of suicide. Professor Michael Kopelman, an emeritus professor of neuropsychiatry at King’s College London, said that Assange has been hearing voices and has confessed to a priest that he was making preparations to kill himself. These preparations included drafting his will and writing a goodbye letter to his family and friends.

On Tuesday, at the Old Bailey courthouse in London, Professor Kopelman testified that he visited Assange over 20 times and has become concerned about his mental and physical health. 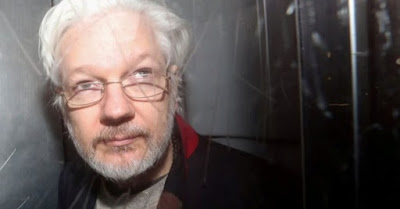 The voices that Assange is hearing are saying things like “you are dust, you are dead, we are coming to get you”.

Kopelman said that the most severe hallucinations have begun to diminish, but Assange is still severely depressed and at a high risk of suicide. He also added that if Assange were extradited the risk would increase further.

“The risk of suicide arises out of clinical factors…but it is the imminence of extradition and or an actual extradition that would trigger the attempt, in my opinion,” Kopleman said.

Kopelman was cross-examined by James Lewis QC, who accused Assange of fabricating his mental illness to avoid extradition.

Kopelman disagreed with the assertion, and pointed out that Assange was reluctant to share details about his mental struggles with authorities, despite self-reporting in the past.

“Mr Assange was very reluctant to talk about his suicidal ideas and plans because he feared he would be put on constant watch or isolation,” Kopelman said.

“He thinks as a leader he shouldn’t be showing weakness or psychiatric problems and he was concerned he would end up being further isolated on continuous watch and he didn’t want that,” he added.

Prison guards have previously confiscated a razor blade and two cords from his cell, and he has been kept under close watch the entire time he has been behind bars. Last month, his partner Stella Moris visited him for the first time since the coronavirus lockdowns began at the prison.

Moris said that Assange is looking much thinner than he was the last time she saw him back in March. She says that the situation has been “incredibly stressful” and that he has been having some health problems, including a sprained ankle and a frozen shoulder. While the prison was taking virus precautions when Assange was having visitors, Moris says that they have done nothing to protect the prisoners during regular hours. Moris has also launched a crowdfunding campaign to help with legal costs for Assange as he fights extradition to the United States.

Assange is facing 18 charges under the U.S. Espionage Act from the 2010 release of 500,000 files that exposed US war crimes in Afghanistan and Iraq.