Hillary Clinton agrees she would have liked to tell Trump to shut up in 2016 debate: 'You have no idea'

Former nominee said people ‘had no idea’ how much she wanted to react to Mr Trump that way.

Hillary Clinton admitted she would have loved to tell Donald Trump to “shut up” in her 2016 debate with the president.

Ms Clinton told a Twitter follower “You have no idea” when it was suggested the former Democratic nominee would have liked to react angrily like Mr Biden had in the first debate.

“”Will you shut up, man" is the line of the night. I feel so sorry for Hillary right now because I’m positive she wanted to say that and couldn’t,” Tweeted Jill Filipovic. 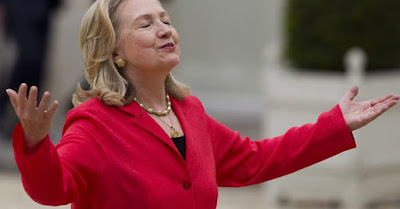 And Ms Clinton, who ran against and debated Mr Trump for the White House, immediately responded.

“You have no idea,” she wrote.

Mr Biden lost patience with the president after being repeatedly interrupted by him during the opening 20 minutes of Tuesday night’s debate.

“Would you shut up, man?” the former vice president eventually told Mr Trump.

Moderator Chris Wallace tried to move onto a new topic as Mr Biden told him they had not achieved anything.

A fundraising t-shirt with the slogan is already being sold by a Tennessee candidate for a congressional seat.

It beat out the1980 debate between Ronald Reagan and Jimmy Carter, which saw 80.2 million viewers tune in.