Bata is not Indian, then how did it become ‘desi’?

Bata Shoe Organisation recently appointed an Indian as Global Chief Officer for the first time. Surprising, since Bata set up its first Indian production unit, in 1932, at a small village named Konnar near Kolkata.

Bata Shoe Organisation, in its history of 126 years, has appointed an Indian to become the Global Chief Officer. Sandeep Kataria (49), an IIT Delhi and XLRI, Jamshedpur alumnus will now take charge of the company. This news, though well-received, left many across the country with the realisation that Bata is not an Indian company.

So, here’s a little history lesson about this shoe brand.

Bata is a family-owned business, founded in 1984, in Czechoslovakia. It was started by a man named Tomas Bata along with his siblings. To overcome his financial difficulties, Tomas decided to sew shoes from canvas instead of leather. The simple, lightweight and affordable footwear became a hit among the locals and the company began to grow. 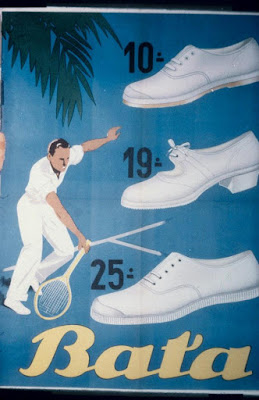 By 1912, Bata had introduced a mechanised shoe production method, hired more than 600 workers at their factory, and employed hundreds from neighbouring villages to work out of their homes.

Following the outbreak of World War 1, the economy went into a slump, demand was at an all-time low and production had to be cut down. Tomas responded to this crisis by cutting down the price of his shoes by half. This dramatic move drove bigger sales and even allowed them to expand to other countries. In 1924, the company had 112 branches across the world and, finally, in the 1930s they set up a production unit in Kolkata, India.

According to an article by Forbes, in the 1930s the Indian shoe market was dominated by Japanese imports. But, when Bata set up its production unit, in 1932, at a small village named Konnar, near Kolkata, things turned around. Within two years, the demand for Bata shoes was so high that the production site had to be doubled in size, and the region became a township, which came to be known as Batanagar.

Recently, in an interview with The Print, Bata India’s brand strategist — Harish Bijoor, had stated that the company designs shoes that are suitable for the Indian feet and climate conditions, which is what makes them popular.

It was in this factory that the iconic, tennis shoes were first designed and manufactured. The shoe was a very simple design made of white canvas. In an interview with Urban Eye, Charles Pignal, the fourth-generation owner of the company said that shoe’s design was manufactured even in Europe, and many customers were unaware of its Indian origin. He says, “It is always a great story to tell.”

Becoming a home brand for Indians

Those who grew up in India in the ’70s, ’80s, and ’90s would have worn these at one point or another because tennis shoes were also school shoes.

In the 1980s, when Bata faced stiff competition from competitors like Khadims and Paragon it kept itself at the top of the market by going on an advertisement spree. Apart from highlighting their utility, durability, and affordability, the company also introduced catchy taglines.

Their first-ever tagline was — “Beware of tetanus, even a small injury could be dangerous – so wear a shoe”, to raise awareness among the Indian subcontinent, which was earlier not accustomed to wearing shoes altogether. Another well-known tagline is “First to Bata, Then to School”.

According to Harish Bijoor, another reason for Indians to love this brand is that the name has only four letters and two syllables.

He said, “Bata’s small name worked in the favor of the Indian brand and helped the company shed its international image.”

Today, India is the second-largest producer and consumer of shoes in the world and Bata, headquartered in Switzerland, remains one of the leading brands to offer comfortable yet stylish footwear at affordable prices.