“Don't go there after sunset, it's unsafe.”

As a child, you must have heard a lot of scary ghost stories, but how many of us actually believe in ghosts? Do they actually exist? Can they be felt?

Believers will give an affirmative answer, while non-believers will perish the thought. But everyone is intrigued by supernatural stories, and the list of haunted places in Delhi offer the curious souls more than just an exciting story.

In case you happen to be in Delhi, you should totally visit these haunted places places at least once. But at your own risk!

I'm not saying you'll see a ghost, but you just never know.

Malcha Mahal
Located within thick forest, the entry to this palace has a signboard saying: 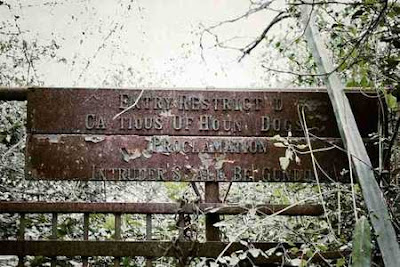 INTRUDERS SHALL BE GUNNED DOWN

A community house of 1600 A.D., it was renamed to Wilayat Mahal when Begum Wilayat Mahal of Awadh was gifted the palace by the Government of India in 1985. Malcha Mahal still remains one of the most haunted places in Delhi, with a legacy of agony and death.

In 1993, Begum Wilayat Mahal committed suicide by drinking crushed pieces of diamonds and this gave rise to the sinister and haunted image of Malcha Mahal.

She left behind her two kids, Prince Riaz and Princess Sakina, who still live here, with few Dobermans and some royal treasure. And guess what? They don't keep any contact with the outside world. 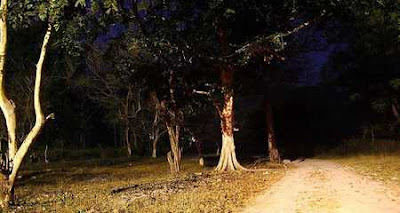 The eerily silent Delhi Cantt finds a mention on the all India list of the most haunted places. Apparently, the paranormal protagonist here is a woman in a white saree who asks for a lift. If she is denied, she reportedly runs at the speed of your car. The woman clad in white sari was supposedly killed while hitchhiking her way to some place.

It is not so much the spirit that gives this place its distinction, but the number of people who have experienced her supernatural presence, making it a popular haunted places in Delhi.

House No. W-3, GK - 1
Legend has it, that house No. W-3 located in one of the posh localities of the city, Greater Kailash 1, has seen the gruesome murder of an aged couple, whose bodies were later found in the water tank.

The residents of the area complain about strange noises, screams and sobs coming from the house with some of them even claiming to see the ghosts of the couple. 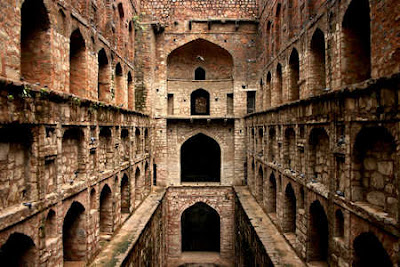 As per the claims, the Baoli was earlier filled with filthy black water, which mostly attracted disheartened, discouraged and depressed admirers with magnetic effects. The fatal attraction of the mystic waters hypnotised people to their death by alluring them to jump into the waters. It is believed that the "Baoli of the unseen", used to beckon people to offer their lives and raise its water levels. 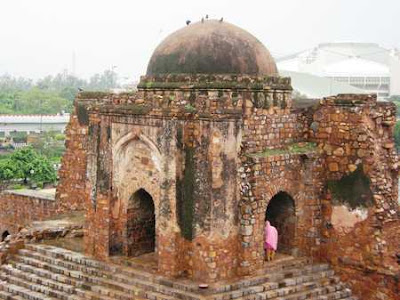 Built by Sultan Feroz Shah Tughlaq in the 14th century, this fort now lies eerily between a cricket stadium and Delhi's Ring Road, and is supposedly occupied by a multitude of Djinns, invisible to the naked eye.

Every Thursday at the fort, locals come and light incense sticks, and offer milk and grains, in order to calm the ruffled djinns, who they believe can make their wishes come true. 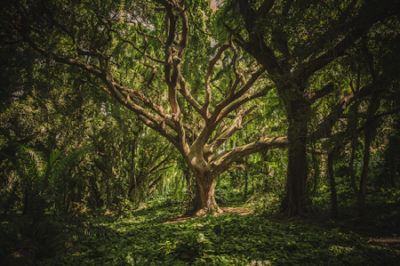 Reportedly, a good 10 km stretch of forest is inhabited by spirits of children who can routinely be heard crying and shouting. The real deal, however, is the ghost of the woman in white. The woman is often spotted near the banyan trees, appearing and disappearing, leading to the reputation of Sanjay Van being haunted. 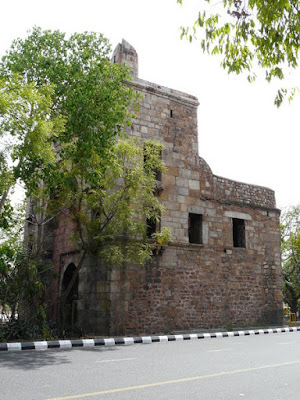 Khooni Darwaza, literally meaning the “Bloody Gate”, is a monument which has centuries of bloody history attached to it and legend has it that blood drips from its ceilings during the monsoon.

During the partition riots of 1947, hundreds of refugees were murdered at Khooni Darwaza while they were proceeding towards the refugee camp at Purana Qila, and their spirits still haunt this Khooni Darwaza. 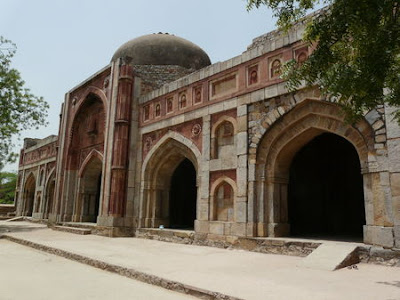 The Jamali Kamali is a marvel of Mughal architecture that built in 1528 right next to Qutub Minar complex. Situated in the Mehrauli Archaeological Park, this mosque was built to commemorate the tomb of prominent Sufi saint Jamali and his supposed partner Kamali.

During daytime the place is filled with people, kids, families and elders enjoying the open space but when it gets dark a different set of stories occupy the place. People are mentioned several abnormal sightings and feelings such as getting slapped by an invisible force, the feeling of someone breathing on their neck, hysterical laughter and the sensation of being watched by someone.

Parthasarthy Rocks
The Parthasarthy Rocks in Jawaharlal Nehru University are popular for being the highest natural point in Delhi. Students and visitors climb to the highest rock and enjoy a panoramic view of Delhi. But given the vast history of JNU, this spot is especially known for a few dark incidents.

Ex-students of JNU tell the story of two Northeastern Indian girls who were raped and murdered near the amphitheatre over a decade ago. It is reported that sometimes past midnight men, only men, hear sounds of girls giggling. The spot where this phenomenon is common, is now called the 'giggling girls' spot because of how often the sounds are heard.

Kamala Nehru Ridge
The Kamala Nehru Ridge is a massive forest area near the Delhi University that is frequented by tourists and residents alike. The place already has a notorious reputation for the horror monkeys spread on visitors.

There is a Khooni Jheel inside the ridge that is considered one of the most haunted places in Delhi. People tell the stories of a group of students who were brought to the Khooni Jheel and ragged horrifically. These students ended up killing themselves in the same spot. People who visit the Khooni Jheel late at night, feel paranormal presence and hear sounds of boy screaming, alluding to the group who died here.

P.S: This article has been compiled by studying various sources online and offline. I'm not trying to create rumours or defame any place. On that note, go ahead and explore away – at your own risk!