The 24-year-old compiled a crowdsourced list of academicians from mostly Indian education system that she claims are routine sexual offenders.

A Facebook post by law student Raya Sarkar, naming and shaming professors accused of sexual predatory behaviour, has kicked up a storm in the Indian academia. And while many have applauded the courage displayed by Sarkar, she has allegedly been getting threatening messages on her social media accounts.

"I'm getting so much hate. From death threats to rape threats. I've stopped looking at my 'others' folder. Thanks leftists and savarna feminists. I have the receipts though. (In the others folder) this is why victims stay silent," wrote a furious and upset Sarkar, who is studying at the University of California.

The 24-year-old compiled a crowdsourced list of academicians from mostly Indian education system that she claims are routine sexual offenders. Jawaharlal Nehru University (JNU), Delhi University, Film and Television Institute of India (FTII) and private institutes such as Manipal University and Asian College of Journalism (ACJ) - Raya's exhaustive list has names from all these institutes.

As several Hollywood actresses opened up about their sexual abuse by film producer Harvey Weinstein, followed by a global #MeToo campaign where women came out with their stories of sexual exploitation, India too saw its share of revelations. This is when Sarkar compiled the list of 69 professors which she says is set to grow. 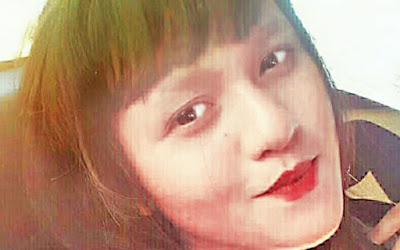 'JARRING ACCOUNTS'
According to Sarkar, she faced harassment many times. "All of them are terrible, jarring accounts... It took a toll on me  reading all the complaints because I am a survivor of rape. The reason why I did not mention what they did is because, as expected, many alleged perpetrators are calling and harassing their victims. Or whoever shared or supported the list. They may easily recall who they did it to and then put defamation suits and other colonial laws that stifle free speech in India," she says.

Sarkar's actions have not enthused many avowed liberals and feminists in the country. Instead, a carefully crafted statement was issued signed by big names from the intelligentsia alleging that she hasn't followed the "due process".

"This manner of naming can delegitimise the long struggle against sexual harassment, and make our task as feminists more difficult. We appeal to those who are behind this initiative to withdraw it," the statement reads.

The women making the allegations against those on the list have not gone on the record, unlike Weinstein's accusers. Sarkar's supporters ask why are left-liberal-feminists that have been speaking for women's rights for years against a 24-year-old?

Sarkar said in her Facebook post on Friday: "Leftist feminist professors and their comrades gagging free speech and planning to file defamation suits against a student(s) for asking women and non men to be wary of sexual harassment. Wondering what their (signatories of the statement) response would have been if I compiled a similar list of alleged c***s within the Modi administration."

JNU professor Nivedita Menon, who was among those who put out a post asking Sarkar to withdraw the list, says: "I don't want to say anything apart from what is written in the statement. As for rape threats issued to her, I am appalled you are asking me this. No doubt it's reprehensible. But everyone from Gurmehar (Kaur) to the signatories of the statement was issued rape threats at some time."

According to a data collected by the University Grants Commission (UGC) between April 1, 2016 and March 31, 2017 a total of 103 female students said they were victimised. In June this year, a woman accused her professor in IIT Bhubaneswar of sexual harassment since 2012 and wrote to PM Narendra Modi for help. Not surprisingly, the registrar of the institute came out in defence of the accused professor.

In 2013, B Ramamoorthy, a professor of mechanical engineering, was suspended after a student accused him of sexual harassment. Allegations of such offences from Satyajit Ray Film and Television Institute (SRFTI) in Kolkata have also been pouring in for years. In fact, a former head of the department from the SRFTI has been named in Sarkar's list.