Ruskin Bond reveals where he found the novels he wrote

As a novelist and storyteller, I have always drawn upon my memories of places that I have known and lived in over the years. More than most writers, perhaps, I find myself drawing inspiration from the past – my childhood, adolescence, youth, early manhood...

It is over sixty years since I wrote my first novel, The Room on the Roof, the story of a sixteen-year-old on a journey of self-discovery in small-town India – chiefly Dehradun.

But to talk of my early inspiration I must go back to my very beginnings, to the then small, princely state of Jamnagar, tucked away in the Gulf of Kutch. Here my father started a small palace school for the princesses, and I learnt to read and write along with them. I was there till the age of six, and I still treasure vivid memories of Jamnagar’s beautiful palaces and sandy beaches.

Some of these landmarks are preserved for me in photographs taken by my father, which I have to this day. An old palace with pretty windows of coloured glass remained fixed in my memory and many years later gave me the story “The Room of Many Colours”, which also inspired an episode in a TV serial called Ek Tha Rusty, in which that wonderful old thespian, Zohra Sehgal, excelled in the role of an eccentric, albeit fictional rani.

The first book I read by myself was Alice in Wonderland, and it might well have been set in the palace gardens – rose bushes, privet hedges and croquet lawns, all at hand! But this fairytale world disappeared from my life forever when World War II broke out and my father joined the Royal Air Force.

I spent a memorable year and a half with him in New Delhi, then still a very new city – just the capital area designed by Edwin Lutyens and Connaught Place, with its gleaming new shops and restaurants and cinemas. We had to walk through scrub jungles to get to Humayun’s Tomb; take a tonga to get to the railway station at the other end of Old Delhi; keep cool with table fans and khus-khus matting well-soaked by the bhisti or water carrier, who came around at regular intervals. I saw Laurel and Hardy films and devoured milkshakes at the Keventers Milk Bar, even as the Quit India Movement gathered momentum.

I was seven years old and yet to go to a proper school. I would have been quite happy to never go to one, but my father took me to Simla (now Shimla) and put me in Bishop Cotton. While the best thing about Simla was the mountain railway, the best thing about the school was the library.

School life did not inspire much of my writing, but that well-stocked library gave me a solid grounding in the classics and the literature of the time.
I was barely ten when I received the news of my father’s death, and my life was turned upside down for some time. I had to adjust to my stepfather’s Punjabi home in Dehradun, and that took a little doing, as his main interests were shikar and second-hand cars. But Dehradun at the time was a pretty little town of some 40,000 inhabitants; today it is a state capital with a population nearing 17 lakh in number. These days, the lychee gardens have given way to blocks of flats. But the old Dehra, with its country lanes and rolling hills, found its way into many of my stories.

When I was seventeen, I was shipped off to the UK to “better my prospects” as my mother put it. Out of a longing for India and the friends I had made in Dehra came my first novel – The Room on the Roof – featuring the life and loves of Rusty, my alter ego. Two years and two drafts later it found a publisher, André Deutsch, who would later introduce VS Naipaul to the literary world. In those days, the standard advance was just £50 – but it was enough to bring me back to India. 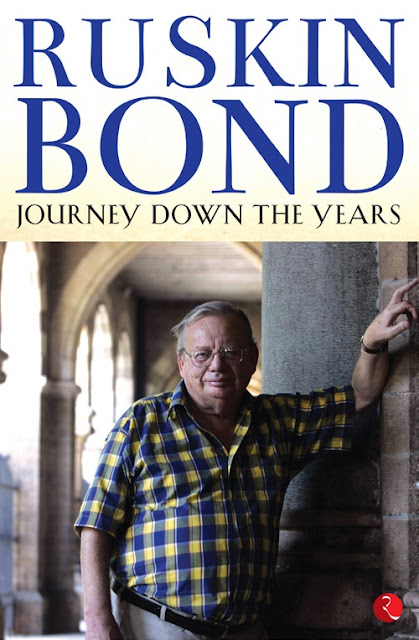 In the 1950s everyone travelled by sea, as air services were still in their infancy. A passenger liner took about three weeks from Southampton to Bombay (now Mumbai), stopping for a day or two at Gibraltar, Port Said, Aden and Karachi.

After docking in Bombay, I took a train to Dehra, where I stepped onto the platform of the small railway station and embarked on the hazardous journey of a freelance writer.
Railway stations! Trains! Platforms! I knew as long as these were there I would never run out of stories. Ambala Junction gave me The Woman on Platform8, the Kalka-Shimla Railway route gave me The Tunnel, and a small wayside halt on the fringe of the Siwalik forests gave me The Night Train at Deoli.

In the 1950s trains still used steam engines, and there was a certain romance attached to train journeys, a romance that was captured by Rudyard Kipling in Kim and many of his short stories. It is over 130 years since AH Wheeler & Co. started their chain of railway bookstalls, and published many of Kipling’s early stories (written in the 1880s when he was a journalist with The Civil and Military Gazette) in their Indian Railway Library series – collectors’ items today.

I did not have Wheeler’s or The Gazette, but I had publications like Sainik Samachar, Sport and Pastime, Shankar’s Weekly, The Leader, The Statesman, Illustrated Weekly and others – all willing to pay a budding young writer anything from Rs 25 to Rs 50 for a short story. I wrote for anyone who would publish me, and I had great fun eking out a living for a few years.

Those small cheques enabled me to live off dhaba food, but what I badly needed was home cooking, so I ended up in Delhi, where my mother was living.
There I looked for inspiration in tombs and monuments and the ever-expanding city, but did not find it, and my productivity dropped. Then came an excursion to Shahjahanpur, my father’s birthplace, where the old cantonment hadn’t changed since 1857 – providing me with the background for A Flight of Pigeons, the mutiny story that was to be filmed later by Shyam Benegal, called Junoon. It had been recommended by legendary Urdu writer Ismat Chughtai, who also took a small role in the film.

Escape from Delhi had become a priority for me. I felt drawn to the hills above Dehra. On the outskirts of Mussoorie I found a small cottage, surrounded by oak and maple trees where the rent, thankfully, was nominal.

Since then my forty-five years in Mussoorie have been an epic in themselves, and have already filled several books. I do go away sometimes – to Delhi, Orissa, Rajasthan – but I always return in some haste to my small study with its window looking out upon the mountains and the valley.

I’m of the opinion that every writer needs a window. Preferably two.
Is the house, the room, the situation...important for a writer? A good wordsmith should be able to work anywhere – in a moving train, in a hotel room, on board a ship struggling against a typhoon, or under an erupting volcano. But to me, the room you live in day after day is all-important.

The stories and the poems float in through my window, float in from the magic mountains, and the words appear on the page without much effort on my part. I can see the curvature of the earth from my window, because there is nothing between me and the far horizon. Planet Earth belongs to me. And at night, the stars are almost within reach.