‘Dogs, in general, are associated with the aggressive form of Shiva known as Bhairava,’ writes Devdutt Pattanaik. Read on:

“A First Information Report (FIR) has been filed against a Noida resident who took his pet dog to the holy Kedarnath shrine.”: NDTV

The world over, dogs are seen as loyal animals associated with unconditional love. However, in Hindu mythology, their representation is ambiguous. On the one hand, they are seen as auspicious, as guardians or as the symbol of the followers of Nath traditions – tantrics and hermits. On the other hand, they are known to be inauspicious, associated with death, attachment and neediness, and a metaphor for the ego.

This metaphor stems from the fact that dogs are devoted to their masters. They follow their masters everywhere; wag their tails when they are happy and whine when their masters don’t give them adequate attention and love. Thus they become a symbol of attachment and the gratification of the ego.

They are also associated with refuse, and thus with impurity. In this respect, the dog is really located in opposition to the cow, which is seen as pure and holy. Of course, this is a very broad understanding.

Interestingly, the dog’s rise to prominence in India is not recent. Indian mythology is peppered with fascinating tales featuring dogs.

The Korkus are a tribe scattered across Madhya Pradesh and Maharashtra, residing mainly in the Dharnagiri region. They consider themselves descendants of Ravana and believe that Shiva created their world.

According to legend, once Ravana strayed into the scenic but unpopulated forests of the Vindhyachal and Satpura ranges. He prayed to Shiva to populate those forests with people. Shiva directed his messenger, the crow Kageshwar, to collect red soil from the hilly region between Bhavargadh and Savligadh (in the Betul district). Shiva then made two statues – of a man and a woman – from the soil and placed them in the forested region.

However, before he could infuse them with life, Indra got his horses to destroy the statues. Enraged, Shiva proceeded to create two dogs out of the red soil. He infused them with life and had them drive Indra’s horses away. He then remade the two human statues and bestowed life upon them. The man and the woman, named Moola and Moolai, respectively, are considered the ancestors of the Korku tribe. The Korku thus worship Shiva, Ravana and the dog.

Another story is of a community in Gujarat. Many of them were landless labourers. Some were cattle herders, some sold forest produce. They were also extremely talented artists, but were denied entry into temples. Therefore, they decided to create their own gods by painting their images on cloth. This led to a whole new art form of mobile temples on painted cloth. They worshipped their own goddess, Hadkai Mata, who rides a dog and protects people from measles.

Further south, in Maharashtra and Telangana, the dog is associated with the warrior gods Khandoba and Mallanna, respectively, and with Revanta, the god of the hunt, in central India. A legend depicts Khandoba’s wives futilely helping the deity collect the blood of the demon Mani, every drop of which was creating a new demon during battle. Finally, Khandoba’s faithful dog swallows all the blood, thus helping him kill the demons.

Indra, the mighty god of the Rig Veda, has a female dog named Sarama. She is considered the mother of all dogs. Sarama has a long history in Hindu mythology. It is believed that Indra sent her out to find his cows, which had been stolen by people known as the Panis. In some stories, she not only found the cows, hidden in the cave of the Panis, but also negotiated their recovery. This earned her the love and affection of Indra.

In the Mahabharata, Sarama and her children visit a sacrificial site where King Janmejaya is performing a yagna to kill all the nagas. Sarama’s children are accused of licking the pot of milk being used to prepare offerings to the gods. The king’s brothers throw stones at them to stop them. Enraged, Sarama curses that the yagna will be unsuccessful – and that is exactly what happens.

Dogs, in general, are associated with the aggressive form of Shiva known as Bhairava. Shiva lived on a mountain covered with snow where there was nothing to eat. This did not matter, for Shiva taught the bull, his companion, the art of overcoming hunger. Shiva loved the bull, but sometimes, he took the form of Bhairava, who loved dark places.

When Shiva became Bhairava, the dog became his friend. In art, Bhairava is visualised either as a ferocious alpha, riding a rabid dog, or as a child, also riding a dog. The former is called Kal Bhairava, or sometimes Kala Bhairava, associated with time, hence with death and destruction, and with darkness. The latter, the cherubic Bhairava, is called Batuk Bhairava, or Gora Bhairava, the childlike Bhairava, or the fair Bhairava.

The temple of Kilkari Bhairava is believed to have been established by the Pandavas at the entrance of Indraprastha (that now clings to the outer walls of Purana Qila in Delhi). Kilkari means squealing, the joyful cry of a child. Unlike the conventional temples of Shiva, there are no images of bulls here; only dogs which are the vahanas of Bhairava. The temple complex is full of dogs, who love the attention showered on them by devotees.

This land is separated from the Land of the Living by the Vaitarini river. The dogs then become the companions of Yama. Thus, we find the dog associated with the wildest aspect of Shiva called Bhairava that essentially means “the one who removes the fear of death”.

Bhairava’s mildest form is the great teacher of teachers, Adinath Dattatreya. The Nath yogis are a special tradition of yogis that became popular over a thousand years ago. There are nine Naths, or Nav Naths, who wandered across India, Nepal and Southeast Asia, spreading their wisdom.

They all considered Dattatreya to be their guru. Dattatreya is imagined as a god accompanied by dogs and a cow. In art, he is shown with four mild-tempered dogs, often considered to be the embodiments of the four Vedas. They always walk in front of Dattatreya, frequently turning around, insecure and afraid that he will go away. Since Saraswati is the mother of the Vedas, some people argue that Sarama also represents the goddess Saraswati. 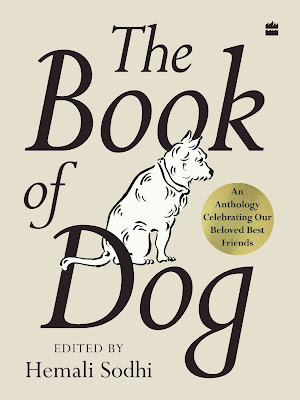 ‘The Dogs of Bhairava’, by Devdutt Pattanaik, excerpted with permission from The Book of Dog, edited by Hemali Sodhi, HarperCollins India.