India elects a record 78 women to 17th Lok Sabha: Here's who they are

The 17th Lok Sabha will see the highest ever number of women in Parliament, 78 women have been elected from across the country. There is certainly more room for improvement, with the current proportion of women being just 14.36% in Parliament. This at a time when 48% of India’s population is female, according to the last Census. The single largest party at the Centre, the BJP, has also sent the most women to Parliament. Out of the 303 seats the party secured, 41 are women.

Across the country, Uttar Pradesh and West Bengal sent the maximum number of women to the Lok Sabha, with 11 women being elected from each state. Uttar Pradesh has eight women MPs from the BJP, and one each from the Congress, BSP and Apna Dal (Soneylal). Mamata Banerjee-led All India Trinamool Congress gave 40% representation to women in the candidate list and therefore nine women from AITC have been elected to the Parliament. Two BJP women candidates were also elected from the state. 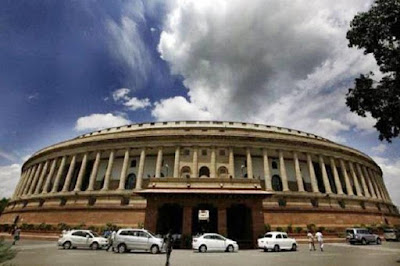 The South fared poorly when it came to electing women, with Kerala electing just one woman. Remya Haridas, who was elected from Alathur, unseated the MP in power and went on to become the second-ever Dalit woman MP from Kerala. She was one of 54 women candidates fielded by the Congress across the country. Kerala elected only one MP in 2014 and has continued the trend.

Tamil Nadu elected three women — Kanimozhi and Thamizhachi Thangapandian from the DMK and Jothimani from the Congress. Kanimozhi, who was a Rajya Sabha MP, won from Thoothukudi, and Thamizhachi was elected from Chennai South. The DMK only fielded 2 women candidates out of a total of 20, and both candidates won. Jothimani, on the other hand, won against five-time AIADMK MP M Thambidurai and won. Tamil Nadu had 64 women candidates in total. Overall, Tamil Nadu sent four women MPs to Parliament in 2014 and is down to three now.

BJP candidate Shobha Karandlaje and independent candidate Sumalatha Ambareesh won with large margins and increased the tally of women from Karnataka in the Lok Sabha by one — from one MP to two. Women’s representation is cutting a sorry figure in Karnataka this Lok Sabha election, with a total of only 27 women contesting from 28 seats in the state. This was up from 20 women who were fielded in 2014, out of whom only Shobha Karandlaje won.

The YSR Congress Party, which swept both the Assembly and Lok Sabha polls and won 22 out of 25 seats in the state has four women MPs. The party fielded four candidates, and all four of them have made it to the Parliament. Three of these women contested for the first time, and the fourth, Vanga Geetha, has been a Rajya Sabha MP. By fielding four women, 16% of the candidates fielded by the YSRCP had been women. There were five women MPs from pre-bifurcation Andhra in 2009, and three in 2014.

For the second time, Telangana has just one woman MP — the previous tenure was held by Kavitha Kalvakuntla, and this time, it’s been held by her namesake Kavitha Maloth, also from the TRS. India’s youngest state has been called out for not having adequate representation of women and this continued in this Lok Sabha poll too. Out of a total of 443 candidates, just 21 were women, and just six women were fielded from the Congress, BJP and TRS.

The tribe purchased the 1,200 acre ranch near Big Sur as part of a $4.5m deal and will use it for educational and cultural purposes Tw...