Canada is under extreme cold weather warnings and could face wind chill temperatures dipping as low as -60 C and -65 C.

Environment Canada has issued an extreme cold weather alert for cold weather in Atlantic Canada and Quebec, “biting cold” in Ontario and “teeth-chattering cold” across the Prairies.

Environment Canada has issued an extreme cold weather alert forKugaaruk, Nunavut, which currently sits right in the heart of the polar vortex. People have been advised to stay indoors, especially younger children, older adults, individuals with chronic illnesses and outdoor workers due to high risks of hypothermia and freezing.

Cold stuff is just going to come and come and come,Environment Canada has issued that the period from February 23 to March 20 would likely be “the coldest part of the winter” for many parts of Canada. 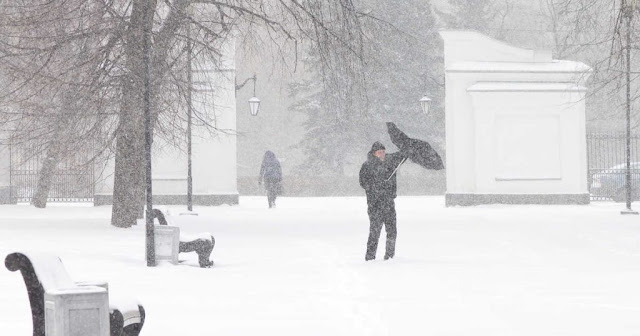 Atlantic Canada
Get your boots ready, you have a snowy, but mild, winter ahead. Expect above-normal amounts of snow in the southwest areas (Nova Scotia, New Brunswick and  Prince Edward Island), and slightly below-normal amounts in the northwest (Newfoundland and Labrador, Northeastern Quebec). Your coolest temps will hit in late February and early-mid Marcg , and April and May will also be cooler than usual.

Canada’s southern regions may not have it as bad but are still affected to a significant degree. Parts of Manitoba are going to face with wind chills as low as -34 C, while northern Ontario and northern Quebec are going to see temperatures of around -45 C and -60 C, next month.

Southern Quebec
Expect a cooler and snowier winter, with the coldest periods stretching from early winter into the first beginning of February. The snowiest periods will take place in end of February until March.

Southern Ontario
This winter will see average temperatures, but there will be slightly above-normal precipitation and snowfall. The coldest periods will be mid and late February, with the heaviest snowfall periods, and early-to-mid-March. (Also, you may want to get mentally ready for the cooler and rainier summer predicted this year.)

The Prairies
We don’t want to be the ones to break the news, but next month winter will likely be colder, with more precipitation and snowfall. Be ready for colder temps in mid to late February, and extra coldest temperatures in March, then up until mid-to late April.  Maybe consider a 4-month getaway?

Southern British Columbia
You’re in for a pretty mild winter when it comes to temperature, but expect a slightly above-normal precipitation and snowfall. But good news, the snow won’t fully kick in until early January, Your coldest periods will take place in late February until March. Also, be ready for a cooler and rainier April and May.

Northwest Territories
This upcoming winter will be colder than normal with above-normal precipitation and snowfall for the entire season. April and May will also be cooler and rainier than usual with an average amount of snowfall.

Northern Ontario , is under extreme cold weather warnings and could face wind chill temperatures dipping as low as -60 C and -65 C, providing “some of the coldest temperatures this winter,”next month.

Yukon
Just like their neighbours to the West, Yukon’s in for a colder than normal winterwith above-normal precipitation and snowfall. The coldest periods will start in late February and last until early March, while the biggest snow storm will start to fall heavily in February and last until March (and still lightly continue until May). Thankfully, the summer is predicted to be warmer (and rainier) than normal.