Love marriage? Then don't think of living in Asara

When times are changing and youngsters are choosing their own life partners, thanks to the influence of Bollywood romance and romantic songs and lived happily ever after concept, here’s a village which has literally said no to love marriages. To be more open, it has put a ban on love marriages! Weird, but yes, it’s true. When I came across this headline for a moment I giggled, but the very next moment I started thinking about the fate of the poor youth in that village, a village in the heart of rural India which is away from the skyscrapers of Metros. 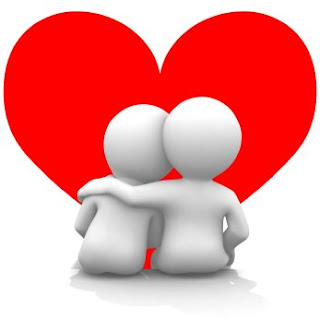 Council leaders in Asara in Baghpat district of Uttar Pradesh, have openly said that they would not allow love marriages and those who did so, would not be allowed to live in the village.

Not to forget the fact that this tiny village is not far from the capital, it’s just 40 km (25 miles) from New Delhi!

In a slew of draconian measures, the local government officials have also imposed several restrictions on women, including prohibiting those under 40 from using mobile phones outside and going shopping alone. Not just women, even men are restricted from from using headphones/ earphones on roads and in bylanes.
What's more ridiculous is the councilors have also ordered women to cover their heads when they go outside. Why such an order? They claim they are meant to check harassment! What on earth made them think that slapping restrictions on women can control crime rate? Will these restrictions really safeguard women in the village?

Another point to be noted is 70 per cent villagers are Muslims while 30 per cent are Hindus, most of them Jats. And while the media has dubbed this decision as ‘Taliban Panchayat’, most villagers have welcomed the orders.

The village panchayat’s order not to take or give dowry which is a punishable offence is a welcoming rule.
India is striving to modernize and is yet to come out of the shackles of conservative social traditions in many areas where women’s rights are non-existent. And as such, maybe there’s some reason when villagers consider love marriages as a shame. They think such marriages can damage the family prestige and bring shame to the society. The villagers might be thinking that their new rules would safeguard their women from bad elements in society. Yes, it’s true that it can be very painful for the parents, especially for a girl’s family, when love marriages dent their respectability, but what these villagers are forgetting is the very fact that she too has feelings and choice, after all it is she who has to live her life with the man.

What one has to keep in mind is though Panchayats don’t enjoy any constitutional powers and
their rulings don’t carry any legal weight, they are highly influential. How can anyone forget when they sanction “honour killings” of women whose actions are deemed to have brought shame on their family?

In June 2012, marble miner Oghad Singh in Rajasthan, paraded his 20-year-old daughter’s severed head through his village. He beheaded Manju Kunwar, as he was upset with her way of life and “indecent behaviour” and surrendered to authorities. Why did he do so? The 20-year-old had been living with her parents in the Rajasthani village of Dungarji, 250 miles from Jaipur, after leaving her husband two years ago and recently began seeing several men which "disgusted" her father. When Manju eloped with one man two weeks ago, her father forced her to return and killed her.

Interestingly, India last month topped the Thomas Reuters Foundation poll as the worst place for a woman to live, out of the top 19 economies in the world and this village ruling has come at a time when police in Mumbai have launched a crackdown on the city’s morals. In recent weeks, Mumbai police have raided a series of bars and clubs, shutting them down or fining them for being overcrowded. Dozens of women have been arrested in the raids, accused of being prostitutes, leading to protest marches across the city.

Posted by Arjunpuri in Qatar at 18:00