Why cannot a transgender play the role of a transgender in Bollywood movies? For long, men dressed up as women have portrayed such roles. 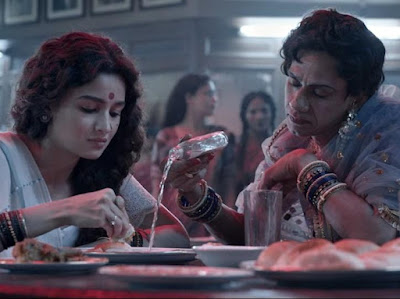 The recently released Chandigarh Kare Aashiqui also faced the wrath for choosing a cis-woman to essay the role of a transwoman.

That is one of the reasons why Mairembam Ronaldo Singh aka Henthoi, a transgender actor from Manipur was lauded for her performance in Paatal Lok. The makers won the hearts of the audiences as well.

Once again, the debate has kickstarted after the release of Gangubai Kathiawadi. The trailer has Vijay Raaz essaying the role of a transgender woman. This has rubbed people the wrong way.

Vijay Raaz plays the role of Gangubai's rival Razia Bai. While people are applauding his performance, they are also questioning why a trans woman was not picked for this role as inclusivity still remains to be an issue in Bollywood.