A rebellious female painter overlooked for a century

Over a century ago, Suzanne Valadon began painting lively nude portraits of sensual and self-assured women, with full, curvy bodies and pubic hair. Occasionally, she painted nude men as well, bucking art historical tradition and presenting them as figures of desire. Her canvases were full of bold outlines, vibrant colors and loose brushwork, and she deftly illustrated her subjects' interior lives, rather than the idealized scenes of leisure so prevalent at the time.

Championed by some of her most famous contemporaries, including Edgar Degas and Pierre-Auguste Renoir, Valadon was no minor artist, and one of the few women painters of the era to receive critical acclaim. Yet, like many women artists of the 20th century, her fame faded after her death.

But today, curators and art historians are taking a second look at Valadon's works, and reconsidering her life with more nuance. This September, the Barnes Foundation in Philadelphia will stage her first major institutional show in the US, positioning her as an important yet underrecognized modern artist.

From the start, Valadon was a controversial figure in Paris' thriving art scene at the turn of the century, known as much for her bohemian attitudes and provocative personal life as her distinct, rebellious vision.

"People were quite scandalized by her lifestyle," said Nancy Ireson, deputy director for collections and exhibitions at the Barnes Foundation. "The fact that she had a younger lover; the fact that her son (the artist Maurice Utrillo), who was a famous painter, was also an alcoholic.

"This is over 100 years ago, but I'm sure that women still face the same kinds of criticisms these days. How do you balance a successful career with being a good wife and a good mother?"

She understood how to perform'

In 1865, Suzanne Valadon was born Marie-Clémentine Valadon to an impoverished single mother in Montmartre. In her 2017 biography, "Renoir's Dancer," Catherine Hewitt describes the young artist as a headstrong, imaginative child who exasperated the nuns trying to teach her. Valadon held a series of short-lived menial jobs before training as a circus performer at 15 years old, but her career was cut short by a back injury sustained during a trapeze stunt.

It was during her recovery that Valadon began to draw. Lacking the training or money typically needed to enter the art world, she began modeling for artists. It was a salacious job, considered to be on par with sex work at the time, but one that offered her direct access to the art milieu of Paris.

Valadon slipped into the new role with ease, serving as painter Pierre Puvis de Chavannes' model for more than seven years. In works by lesser-known artists, she transformed into figures of allegory and myth: the sultry Greek siren in a Gustav Wertheimer canvas, the feminine embodiment of truth for Czech painter Vojtĕch Hynais, always with her auburn hair as her calling card.

Her reputation spread through word of mouth, as well as her determination to socialize and network in spaces exclusive to male artists, particularly the smoky, absinthe-steeped rooms of Parisian cafe culture. Soon Valadon was populating the works of some of the most famous Impressionist painters of the time. Most famously, she danced across Renoir's scenes of societal leisure, in "Dance in the City" and, likely, "Dance at Bougival," both from 1883.

"It wasn't just that she was good-looking," said Ireson. "She understood how to perform, how to create a character. And so in different works, by different artists, she becomes almost a different person."

Valadon did more than just pose. She used the sessions as informal training, observing and learning from the artists for whom she modeled. When she showed painter Henri Toulouse-Lautrec, he introduced her to Degas, who became her mentor in 1889.

As she was beginning to stake her claim in the art world, Valadon was raising a young child. She had become pregnant at 18, and though she never named the father, Miguel Utrillo, a young artist with whom she had a close bond, formally claimed paternity.

When Valadon first began receiving attention for her work in her late 20s, Degas suggested she show at the Salon de la Société Nationale des Beaux-Arts in 1894. "For an untrained, lower-class woman artist to have her work accepted -- it was outlandish, unthinkable, impossible," Hewitt wrote.

Valadon had five drawings of children accepted. In each, her subjects were depicted as moody and natural, unlike other domestic scenes of the time. But in the catalog, she was listed as the androgynous "Valadon, S."

Through her early exhibitions, Valadon caught the interest of major art dealers. But when she married businessman Paul Mousis and moved out of Paris, her artistic output slowed. Further complicating her life were her son Maurice's troubles in school, and his growing alcohol addiction, which first took hold when he was a teenager. She often put her energy into Maurice's artistic talent, hoping that a painting practice would ease his troubles.

Though Degas continued to submit Valadon's work to exhibitions, she wouldn't give her full attention to her art career again until she was 45 years old, after she left her husband for the younger artist André Utter. She began to paint prolifically, making studies of herself and her family, as well as the nudes she became known for. In 1909, her painting "Summer" was accepted into the new and trendy Salon d'Automne, followed by her first solo show in 1911.

In the 1920s, Valadon began receiving critical acclaim. She was mentioned on the front page of French newspaper Le Gaulois, and critics took notice of her 1921 show at John Levy Gallery in Paris. French critic André Warnod described her nudes as "powerful," according to Hewitt, and observed that they "enchant the viewer by virtue of the truth that emanates from them."

Valadon's figures didn't adhere to the delicate femininity that was expected of the time. They were contemporary women with modern clothes and hairstyles, as well as body hair -- a far cry from the timeless nudes so prevalent in art history, Ireson points out.

Even more surprising were Valadon's depictions of nude men, though she rarely painted them. "The fact she was painting male nudes at all in the early 20th century was pretty shocking," Ireson said. "And she paints the male nude in quite a sexualized way. You can see that there's a desire there; there's an appreciation of the body that was quite audacious for the time."

In 1923, in her late 50s, Valadon painted her most notable work, "The Blue Room," depicting a curvy brunette reclining among the patterned blue sheets and curtains of a daybed, a stack of books at her feet. Caught mid-thought, a cigarette dangling from her mouth, she pays little attention to the viewer, emanating confidence through her casual ease.

"Strength, Suzanne suggested, was compatible with and even complementary to the idea of 'woman,'" wrote Hewitt of the work.

Valadon also chronicled her own body as she aged, painting herself nude well into her 60s -- which, Ireson pointed out, would still "raise a few eyebrows" today. In her later self-portraits, she shows herself solemn, her mouth pursed, favoring hard edges and dark, neutral tones over the softer, brighter scenes of her earlier works.

"One of the things that's quite striking when you look at her self-portraits is her attitude to aging," said Ireson. "

(There's) a refusal of prettiness there ... And an attention (to) the artifice of beautifying yourself, and then this very unflinching representation of her body as it changes."

In the last decade of her career, Valadon exhibited worldwide, with shows in New York, Prague, Chicago and Berlin. In 1938, after a lauded retrospective at Galerie Bernier in Paris, she died at the age of 72 after suffering a stroke. At the time, French art critic George Besson called her "the most justifiably famous" woman painter of the era, according to Hewitt, while another critic predicted that her "place in the history of 20th-century painting is already assured."

But history can be fickle, and Valadon's fame dimmed following her death, perhaps because she was never associated with a particular art movement, or because she was overshadowed by her male peers. She was also routinely excluded from French art critic Louis Vauxcelles' influential exhibitions and books, on the basis that he simply didn't like her work, according to Hewitt.

But with figurative painting recently brought back to the fore, and overlooked women artists being revisited, Valadon's work is primed for a revival.

"It's like an undiscovered chapter of a book that you figured you knew," Ireson said. "If you know Toulouse-Lautrec and Renoir, and the painters of the 1920s and '30s, Suzanne Valadon is absolutely part of that story." 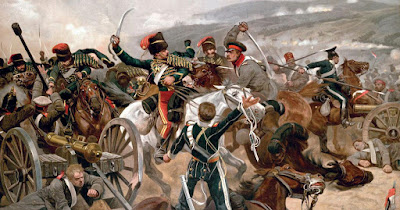