How about farmers and shopkeepers debating over Shakespeare and Kalidas?

In a tiny Karnataka village, farmers and shopkeepers debate over Shakespeare and Kalidas, writes Sanchari Pal on The Better India. Read on:

In the quiet village of Heggodu in Shimoga, 350 km from Bangalore, it is not uncommon to hear local farmers, cart drivers and shopkeepers rattle off names of literary greats and their theatrical works without batting an eyelid. The astonishing cultural life of this unique village is a result of it being home to the Nilakanteshwara Natyaseva Samgha, a world famous culture institute better known as Ninasam. 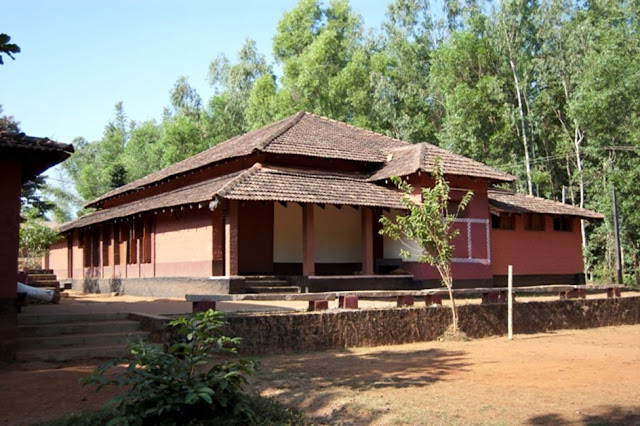 Founded in 1949 by the acclaimed Kannada writer, Kuntagodu Vibhuthi Subbanna, Ninasam has made outstanding contributions in the fields of theatre, films and publishing. Ninasam began as an amateur theatre group housed in a small thatched hut in the verdant environment of Heggodu but grew rapidly to become a powerhouse of Kannada culture and intellect. The focus of Ninasam was socio-cultural work and its aim was to build a bridge between rural and urban Karnataka by fusing culture and activism.

In its initial years, Ninasam would conduct theatre and literary workshops and publish theatre-related books. As a result, culture enthusiasts from nearby places started coming together to discuss contemporary issues and events. As the years passed, more people started getting involved in the workings of Ninasam. A full-fledged theatre building (named after Kannada’s literary great Shivarama Karanth) was constructed for its theatre troupe, which started performing plays in other parts of Karnataka as well. Ninasam also began offering residential theatre training programmes soon afterwards. 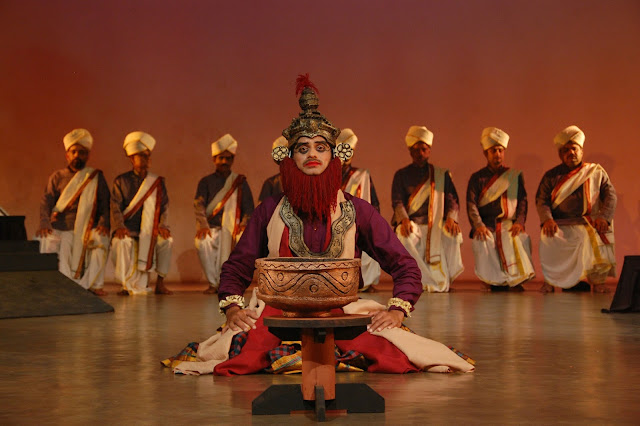 Ninasam also started one of India’s very few village based film societies. To eliminate the language barrier for the locals, who understood only Kannada, KV Subbana would write entire screenplays of films in Kannada and distribute them to the people before screening. His efforts are evident even today when the villagers talk in depth about Apur Sansar, Rashomon and Seven Samurai when asked about their favourite films.

The flagship event of Ninasam became its much-loved culture course known as the Samskrutik Shibira. The 7-day annual event is a combination of intellectual discourse and aesthetic experience that revolves around a chosen socio-political theme. With an unpretentious and lively atmosphere, the event hosts scholars and young enthusiasts of culture who descend in large numbers every year. Eminent figures of Indian culture such as B V Karanth, U R Ananthmurthy, Sammik Bandhopadhyay, and Shiv Vishwanathan have delivered lectures at this renowned culture course. 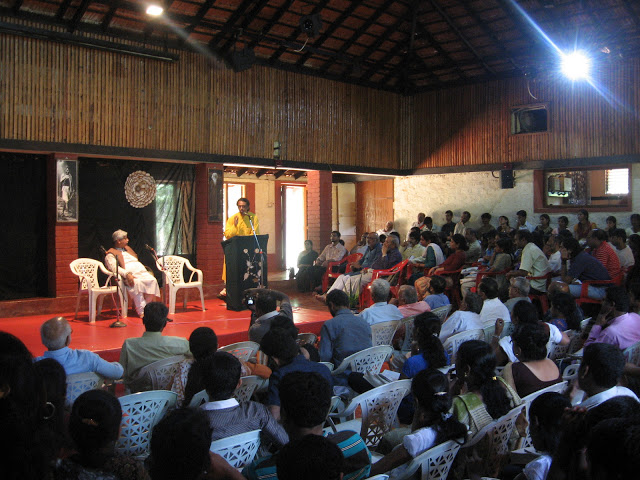 Ninasam follows the guru-shishya tradition and is totally run by the staff and students who take turns doing the chores in the institute. Each part of the beautiful campus blends in well with the rustic natural surroundings. The buildings have been constructed using local materials and are decorated with hasechitra or traditional Shimoga motifs. Sharing a symbiotic relationship with the institute, villagers often drop by to lend a helping hand, flitting across from the rehearsal halls and library to the canteen on the institute campus, hoping to hear snatches of dialogue and music from the ongoing rehearsals. 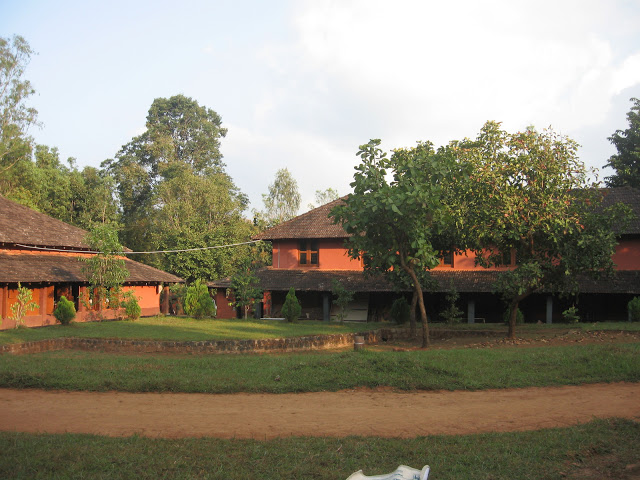 Behind the canteen is a beautiful enclosure that is used for making masks and props and where children from nearby villages are trained for Yakshagana performances.  Yakshagana is a folk theatre form that combines dance, music, dialogue and costumes in a unique theatre that is traditionally presented from dusk to dawn. It is predominantly seen in the coastal districts of Karnataka, especially the Malnad region. 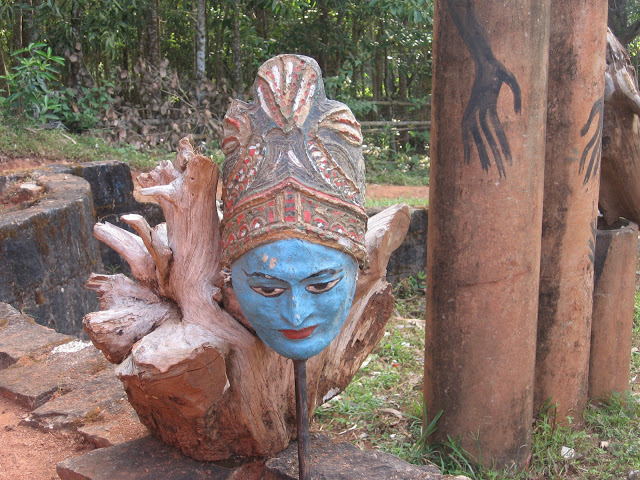 A few yards away, students of Ninasam’s 10-month theatre course practise for their first production under the watchful eyes of the senior alumni of the institute. This course is a nursery for aspiring theatre practitioners who want to learn the art of blending the traditional and the contemporary.

At the institute’s dedicated theatre building, members of Ninasam’s famous theatre troupe, Tirugata, rehearse for their much awaited annual play. Every year, Tirugata recruits a fresh team of artists and travels the length and breadth of the state, putting up shows that are sold out in every place they go.

Days at Ninasam are full of literary discussions and evenings are filled with theatre performances – from drama and dance to classical music. These events have helped the locals acquire a passion for the works of writers ranging from Bernard Shaw, Shakespeare and Leo Tolstoy to Kalidasa, Girish Karnad, and Mohan Rakesh.

In six decades, Ninasam has developed into a multi-faceted organisation that has several branches like the Ninasam Theatre Institute, Ninasam Tirugata, Ninasam Foundation, and the Akshara Prakashana Publishing House. The great work done by Ninasam has brought it widespread recognition and several awards, both national and international, in the field of theatre and related arts. Its founder, the late KV Subbanna, was conferred the prestigious Ramon Magsaysay Award for Creative Arts, Communication and Journalism in 1991.

Still going strong, Ninasam has not only played a big role in inculcating cultural literacy in every corner of Karnataka, it has also inspired several others in the country by illustrating the multiple uses of theatre. As Girish Karnad, popularly considered the face of Kannada theatre, said in an interview to Quint,

“They (Ninasam) create people who know the vocabulary of theatre.”

Ninasam has indeed changed the lives of all the people who have come in touch with the institution. From literary debates between local residents and shop keepers to lively dialogue exchanges between farmers as they work in the fields, everyone in Heggodu has made literature and theatre a part of their lives. This village, that cares so deeply for art and culture, is a must visit for all theatre and culture enthusiasts.
Posted by Arjunpuri at 17:00