Look who's watching our fetish for gold

It’s not just we, Indians observing each other how much jewels we are wearing or if we are wearing anything at all. Now China joins our league and they are observing us, what jewels we are wearing, how much we are wearing. And you should not miss my previous post on the yellow metal and how it keeps attracting me like a magnet and I'm not ashamed to accept the fact that I have this fetish for gold, gold jewels. No need to get any weird ideas, all I mean is I love to invest in gold, to be more precise.

Let me come back to the point. Yes, “without gold nose ring, Indian women won’t go out,” says an article published on a Chinese daily. Ah, little too much, I don’t even have a nose ring, not just me many of us don’t even wear nose ring, but whatever be it, the Chinese are observing us very closely ;)

People's Daily Online in its article “Indian beauties wearing gold jewelry” says, “In India it will be considered impolite if women go out without any jewellery.” Hmm, maybe times are changing and yes, I remember my mom often telling me that without some piece of gold on her body, woman looks incomplete. Maybe that’s the reason, even a worker at least adorns herself with as tiny as a gold nose ring. 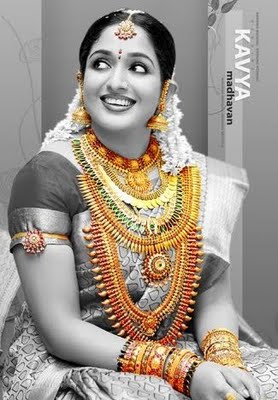 The article which features Bollywood actress Aishwarya Rai wearing jewels says, “Recently Indian government plans to issue “paper gold” that is to encourage people to purchase gold reserved in banks. Though buying “paper gold” doesn’t mean you can really take physical gold in hand, many Indian still scramble for this, which reflects Indian affection and reliance for gold.”

It’s not an exaggeration when the article mentions that among all kinds of jewellery, Indians prefer gold ones. “Indians have black skin and wearing gold jewelry can highlight this feature,” it says. I don’t remember myself wearing fake jewels and my family, relatives and many of my friends know that I love gold jewels. 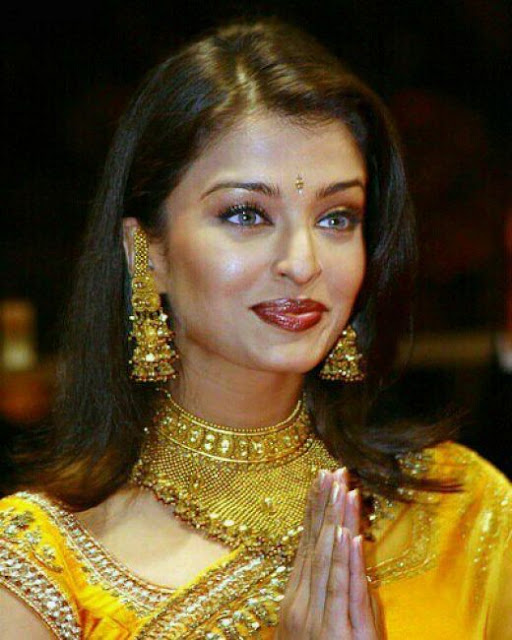 It’s a fact that Indian women wearing gold earrings and necklaces could be seen everywhere. “Even those little girls who beg along the roadside with an unkempt appearance have a gold nail in the nose,” it says. Yes, who will not love this glittering metal? I don’t think anybody would hate this metal, if not for wearing at least as an asset!

Who can deny that men don’t wear jewels in India? “It is also very common that men wear jewelry. Many Indian men wear three rings with large pieces of jewels on them,” the article says. And here, I have a man, who hates wearing gold to the extent that he refuses to wear his wedding band and I have to force him to wear it once in a while! The moment he sees a gold commercial on TV, he switches channels, not because he hates gold, but because I love gold and I would put forth my demands in front of him...

“In wedding ceremony, parents usually choose gold ornaments as daughter’s dowry, which not only set off the beauty of the daughter but can also serve as a kind of property in married life,” the article adds. It’s not rare that friends and relatives presenting gold jewels to show their blessings during weddings and other special occasions. It’s true that one day or the other gold will come to the rescue of the owners and parents want their daughter’s life to be secure, her future to be secure through gold. Not to forget the underlying fact that it has made the dowry system much more stronger in the country, as gold in kilograms is expected from a girl’s family. Maybe it’s one thing which is passed through generations and as it passes generations, it gains its value! While people these days fancy buying antique jewels, some generations have them passed to the present ones and such jewles are just priceless. 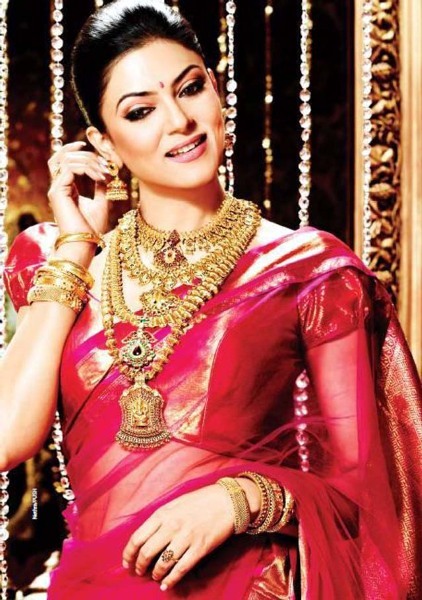 No wonder, there are gold jewellery shops everywhere, from metros to small cities, in the country. And how can anyone miss the number of commercials and ads which are pumped through all media during festive seasons? And it is this craze which often makes a big hole in the pockets of men every year in the name of festivals, special occasions and gifts.

Apart from all these, ever wondered why is China concentrating on India’s, Indians’ gold jewels? According to "Gold Demand Trends Q2 2012" recently published by the World Gold Council, the gold demand in China has dropped by 7 per cent in the second quarter of 2012. But here, one should not forget that China still ranks sixth in the world with a total gold reserve of 1,054.1 tonnes. Although China’s gold demand has grown slower than last year, the World Gold Council still forecasts the 2012 growth rate of the country’s gold demand at 10 per cent.

Plus, China may overtake India as the world's largest gold jewellery consumer in 2012. So China's gold market will exert significant impact on the global market. China remained the world's largest gold producer for the fifth year in a row in 2011, with the annual output rising by 5.9 per cent to more than 360 tonnes, according to the data from the China Gold Association (CGA).

Moreover, China's demand for gold jewellery currently accounts for over 30 per cent of the world's demand, making it the largest gold jewellery consumer for the third consecutive quarter. In the first quarter, the world's gold consumption dropped 5 per cent year-on-year to 1,097 tonnes, mainly because gold prices have surged 22 per cent from a year ago and because demand in India also fell significantly over the same period, said the WGC report.

Currently China and India account for some 50 per cent of the world's gold demand. But the Indian government has hiked jewellery taxes and raised gold import duties, said the WGC, which resulted in the sharp drop in first-quarter demand.

Attracting the consumers, China also has ATMs dispensing gold bars and coins. The first such ATM was activated in the capital's bustling Wangfujing shopping area in September 2011. Gongmei Gold Trading, which installed the ATM, expected the machine to be a big hit and hoped to have 2,000 similar ATMs in place within the next two years. “The majority will be in private clubs at banks and at landmark buildings in large cities,” the company had said.

And such gold vending machines are not exclusive for China. I have seen them in Burj Khalifa, Dubai, and yes our plans to buy one gold bar at the vending machine didn’t fulfill, as the quoted prices were much higher than the market price!

Such gold vending machines are already in use in countries such as Germany, the United States, Italy and the United Arab Emirates. Sorry, none in India! The touch-screen machines dispense gold bars and coins of various weights based on the market price of the metal, which is updated every 10 minutes.

Sigh, whatever be it, we Indians keep loving this metal and keep buying them, no matter how big hole they make in our family budget!
Posted by Arjunpuri in Qatar at 19:57