Given that we are almost halfway through 2018 we really shouldn't have to be explaining the shape of the world anymore.

Yet, Flat Earthers seem more resilient than ever this year. For instance, they've had their very own convention in Birmingham and they've also tried to disprove gravity and Australia.

They aren't having it all their own way, though, and the people are fighting back including Google, Brian Cox and this man who took a selfie on top of Everest.

We probably didn't expect a picture of a basketball to provide us with the best example yet of the Earth being round, but thanks to a 36-year-old software engineer called Jeff here we are.

Using a basketball and a macro lens, Jeff conducted an experiment to demonstrate how the curvature of the Earth works in photos.

Zooming in as close as seemingly possible, Jeff wanted to show how to a tiny creature the horizon can look flat, even though it nows the object that it is standing on is round.

Using just a basketball, a light, a camera and a shutter remote Jeff, captured images that looked more like something from a sci-fi film and he shared the results on Imgur. 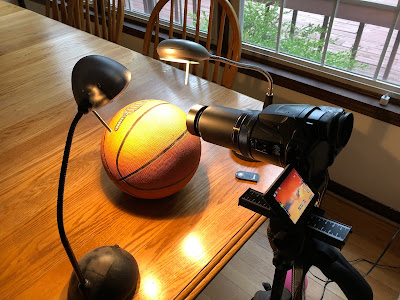 Jeff also provided technical details on how he managed to capture the image:

We have to say this is fairly convincing stuff, and it's easy to see why some people would think that an otherwise spherical shape is actually flat when comparing the size ratios of the two entities.

Looking at my photos, it’s easy to imagine being an incredibly small creature living on the surface of the basketball.

From the perspective of that tiny creature, the “horizon” of the basketball would always look 'flat.'

Jeff said that he was inspired to take the photos after interacting with a few Flat Earthers whose beliefs seemed to be based solely on memes. 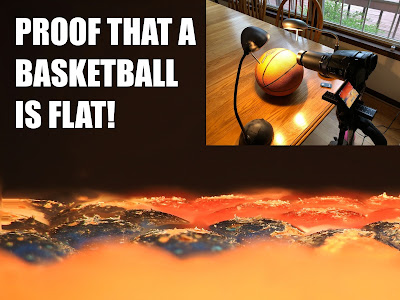 Although his response managed to exemplify how short-sighted their logic was, he did admit that he had some reservations about sharing the results.

I would like to clarify, that my photo does not prove the Earth is round.

It only proves in an easy-to-understand way that the surface of a sphere can appear flat.

It proves that the basis of all flat-earthers’ beliefs (the horizon appears flat) is insufficient evidence to determine the shape of the earth.

The post has been received well on Imgur with lots of people applauding him for conducting such a thoughtful experiment but we doubt that this will be the end of the Flat Earth theory.