The sand storm conditions prevailing in the city for three days has raised fears of early desertification of the Delhi-NCR region among environmental experts. According to the experts, there has been an increase in frequency, longevity and density of sand storms in this region this year. 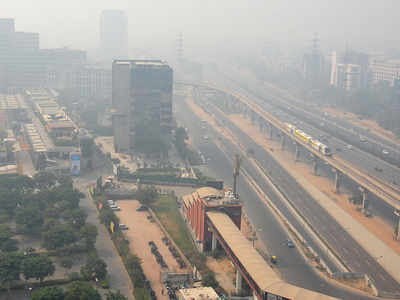 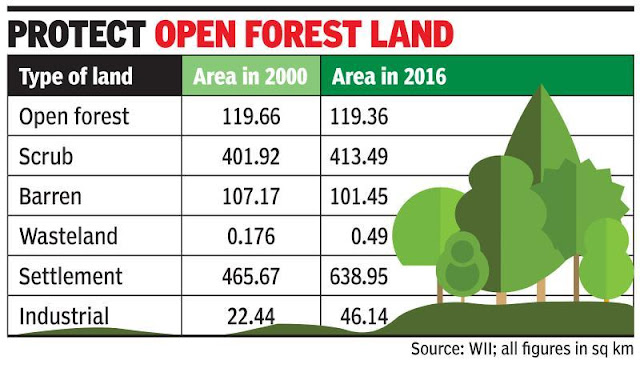 A study conducted by Wildlife Institute of India (WII) in south Haryana also pointed towards early desertification of the Delhi-NCR. According to the study, the Aravalis are gradually becoming barren mountains. As per the study, open forest cover has decreased in the last three decades, while scrub has increased by 5.7%, and barren area is fluctuating.

The study also states the forests in the Aravalis no longer effectively act as a green barrier. “The degradation of the Aravalis has already led to desertification. If this trend continues, episodes of sand storms will become more frequent. The Aravalis has immense importance in the region as this is an ancient hill range and has been protecting Delhi, south Haryana and other areas from desertification for millennia,” said Dr Bilal Habib of WII.


Experts called for immediate protection of forest cover in the Aravalis, to prevent further desertification of the area. C R Babu, head of Centre for Environmental Management of Degraded Ecosystems (CEMDE), department of environmental studies, University of Delhi, said, “Desertification means when air becomes drier as the moisture content in air decreases. The more the air becomes drier, the occurrence of sand storms will increase. Only dense vegetation can prevent it. Vegetation produces water vapour, which leads to an increase in moisture in the air, preventing sand storms, as moist air is heavier than dry air. In summers, Delhi-NCR always used to witness sand storms originating from the Thar desert, but the Aravalis, with a very dense forest, used to act as a physical barrier in preventing the severest sand storms from reaching here. However, now that we have lost that dense forest in the Aravalis, we’re witnessing severe sand storms, which might get worse if degradation of the Aravalis continues.”