Raju E. Raphael, one of the makers of 'Ariyapedatha Jeevithangal', spoke to TNM about tracing the nuns and finding their stories.

It was eight years ago in a classroom that Raju E. Raphael heard the story for the first time. He had, after many years in the media, received a fellowship to study at a school of journalism in London. There, an Irish professor showed special interest when Raju said he was from Kerala. He seemed to know Kochi, Kottayam and Changanassery – places in Kerala that he had never been to. How, Raju wondered.

The professor told him that it was because of an old news story that had been a bit of a controversy back in the 1960s and '70s. He had then been the sub-editor at the Sunday Times which had broken the story: young girls from Kerala were allegedly “bought” to be taken to convents in Western Europe and ill-treated there.

Many reports followed this one, some claiming that the allegations were false, some as partly true. Driven by curiosity, Raju went to the campus library to check the news reports for himself. He clicked a few photographs of the reports and seven years later, set out to make a documentary on it with his friend K. Rajagopal, calling it Ariyapedatha Jeevithangal or The Unknown Lives.

“I had gone to Germany to make another documentary. I have been making documentaries for a long time now, mostly for the channel I had been working for, and about 10 to 15 independently,” Raju says. 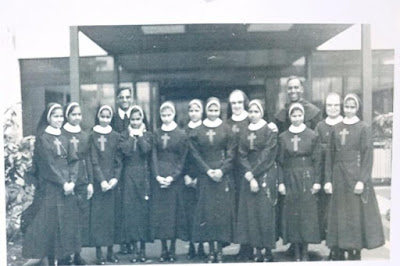 The other documentary was about Johann Ernst Hanxleden – also known as Arnos Paathiri – who stayed in Kerala for 18 years and also compiled the first dictionary in Malayalam. But when in Germany, Raju remembered the nun-controversy his professor had told him about. He took the assistance of writer-journalist Jose Punnamparambil from Germany, who was also helping him with the Arnos Paathiri documentary. Jose introduced him to Sr Veena Punnakkappallil, who connected him to a few nuns like her who had come to Germany in the '60s and '70s as young teenage girls.

Raju’s idea had been to find out the truth through his bilingual documentary – in German and Malayalam. But that was easier said than done. The nuns he spoke to were not sure if they had been “sold”.  However, from the evidence he managed to piece together, Raju believes that there is some truth in the allegations of priests making money by sending the girls away.  He presents media reports of these allegations but also shares counter reports given by Jose Punnamparambil which claim that they are not all true.

One of the newspaper reports that he came across was titled ‘Priests in India get 150 pounds for each girl’. Another report says a young girl from Kerala – Anna Thomas Elakkattu – fled an Italian convent because she had been treated as a slave after being promised medical training. A third newspaper story is about a report submitted to the Indian parliament that exonerates the Roman Catholic Church from the 'nun-running' allegations. The Vatican too had rejected the allegations but conceded there had been some 'defects' in the recruitment system. 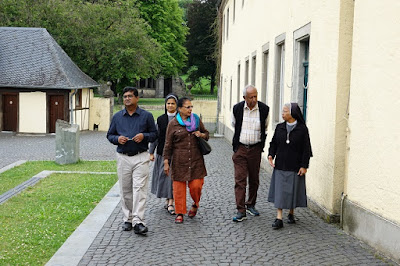 The documentary focuses on the girls who reached Germany back then. The filmmakers could gain access only to four or five convents. The nuns they spoke to – now in their '70s - remember the first days as difficult, coming to a new place, new language and new climate. The food too had been different. And suddenly they were asked to do chores. Sr Veena recounts in the documentary how upset she was when she had to clean toilets, going in there and crying. Sr Sicily recalls how she couldn’t go home when her father died and how she had to tell the family that. But then, Sr Veena says, it is all a matter of perspective. Back then she was upset at having to clean toilets, but today she could do any task. She has been "prepared" like that, she has changed. They have slowly come to terms with their situation.

Raju did not face any opposition when making the documentary.

“The German Catholic Arch Diocese wanted the truth to come out because their image had been tarnished by this controversy. The 150 pounds they sent for the girls was allegedly meant to cover the cost of clothes and shoes for the cold weather they’d face, for the travel gear. They didn’t know it was being misused," he says. 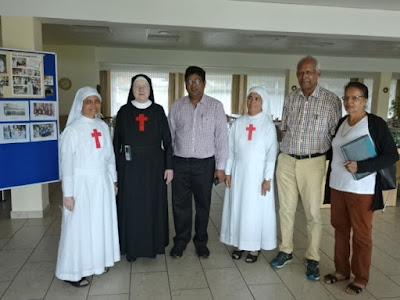 Recently deceased journalist Leela Menon too had written for the Indian Express about the girls, whose plight she traces to poverty, Raju says. The parents had sent the young girls away from home, in the hope that they’d have a better life elsewhere. Some thought they were going to be nurses, would get good pay and help their family back home, teach the younger siblings.

It’s more than 50 years now, since the first of the girls had taken off with hope. There must be about 2,000 of them, according to Raju’s research, who made a new home, serving a foreign land. Only a few back home still remember them. 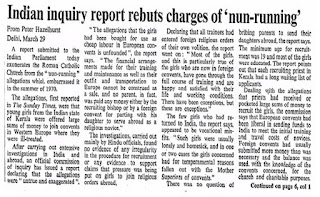 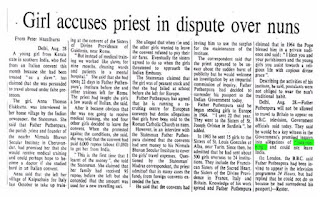 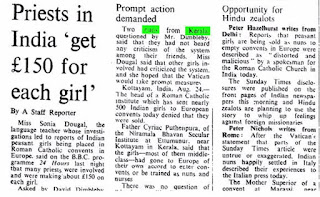 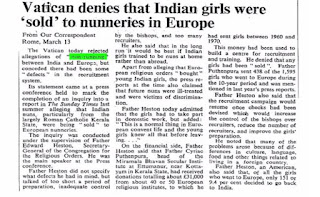