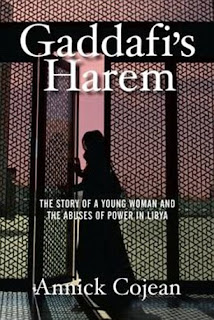 Posted by Arjunpuri at 15:01 No comments:

On a houseboat in Kumarakom

The funniest part in the reception was a priest requesting the guests to give gifts to the couple. After the photo session, we had a sumptuous lunch, as usual, boiled rice, non-veg items.
After the lunch, we rushed to the hotel for a siesta, before heading towards Kumarakom. Rajeshattan told us to take rest for 1 hour, but we had a nap for over 2 hours. We checked out of the room in the evening and went to Rajeshattan’s house in Kottayam. His mother and sister at home made us feel comfortable. Tall, good looking and elegant, Rajeshattan’s mother didn’t look like a Mallu! Neither his sister did, may be because of the accent which was polished.
Later, we went to the club to inform the staff that we were going to the cottage. What I observed after travelling for two days was the roads were very narrow and maneuvering them needs skill.
The road leading to the cottage was so narrow that even if a two-wheeler came from the opposite direction, it was very difficult for both motorists.
By the time we reached the place, it was dark and couldn’t see the backwaters. The moment we stepped in, the staff informed us that there was only one room, which enraged Rajeshattan. He started shouting at the staff for not reserving the rooms, as the rooms were booked one month ago.

Rajeshattan had confirmed and re-confirmed the booking several times before we went there. After an hour’s shouting and making several calls, the staff had no other go but to give the room booked for someone else! His anger was legitimate. What if someone from other state visits and comes to know that the reserved rooms were given to someone else? If they don’t have any acquaintance in the place, it is very difficult to find accommodation in the night in a new place.
Though a tiring journey, the men sat for a drink and later, Rajeshattan’s friend Benny joined them. Viji and me shared our past sitting on a swing. Cool breeze from the backwaters gave a nice company for us.

After eating Kerala Paratha with chicken curry, we slept off planning to get up early.
I woke up at 6 am to see the lake and it was like Oh My God! I was speechless for a moment. It looked like an ocean rather than a lake, water water every where… Vij looks at kayal from the room

I woke up Vij and he didn’t mind to come out of the room even though the hangover had not gone completely. He was taken aback to see the vastness and beauty of the lake.

Both watched the serene lake and a few houseboats moving before capturing the beauty in the camera.

Our room in Kumarakom was a fabulous private cottage. From the wonderful location overlooking the backwaters, clean and spacious room, good cuisine, cheery, polite and attentive staff made the stay most memorable one.

The cottage was meant for club members and was not given for outsiders.

There were few old motor boats anchored in the cottage.

Water lilies completely covered the surface and we were unable to see the depth of the lake near the cottage.

The vast lake behind me

I was badly in need of drinking water and I remembered how sweet our Cauvery water is and I missed it there. The water didn’t taste good and I was feeling thirsty not for any water, but for our water! No other go, I asked the staff if I could get a tender coconut (red one in particular) and the person got me not one but two. It tasted so delicious that I felt like taking the other with me for the boat journey, but I didn’t. The houseboat waiting for us near the cottage

Rajeshattan told us that Kumarakom was practically unknown till Henry Baker purchased the land from the erstwhile Raja of Travancore to build himself a grand home.

When they left India, Taj hotels stepped in to turn it into a fancy resort, changing the fortunes of the once quiet fishing hamlet. But today, it is a maze of modern resorts and heritage homes-cum-hotels spilling over the island banks. Our houseboat coming near the cottage

The houseboat came near the cottage around 9.30 am and round 10.30 am, we embarked on a voyage of dreams in our exquisitely built houseboat. Traditionally, houseboat was called Kettuvallam, which means a boat made by tying together pieces of wood. Unbelievable as it may sound, not a single nail is used in the making of a Kettuvallam. Jack wood planks are joined together with coir rope and then coated with black resin made from boiled cashewnut shell oil, which acts as a protective coating. The roof is made of bamboo poles and palm leaves. A houseboat will be about 60 to 70 feet in length and a width of around 15 feet in the middle.
Our houseboat had well furnished and bath attached three bedrooms, sun bath-deck, lounge-cum-dining room and a kitchen. The boat had modern facilities like air condition, electric lights, fans, European style bathrooms and showers in all the three rooms.

The boat looked like a mini-palace gliding along the vast green expanse of backwaters, the most exciting spectacle of the world. The simple joys of life amidst the delicate embrace of mists, was enhanced by the pleasant harmony of singing birds. Green stretches of paddy fields surrounded the rustic charm of tiny islands fringed with long rows of swaying coconut trees, as time seemed to stand still while we drifted along.

Rajeshattan, Viji and me on the upper deck

The boat was very spacious and had lot of moving space. The view of the lake from the Sundeck (upper deck) was most spectacular.
Music, dance and jokes by Anglo-Indian friends made the journey more interesting and lively (??!!). Two experienced boatmen navigated us through the tranquil stretches of the backwaters.

All enjoyed the meals — lunch (avial, thoran, white rice, taravu, fish curry and pappadam), evening snacks (palampuri, I might be spelling it wrong, as Malayalis pronounce it with a nasal sound!), and dinner (rice, sambar, chapati, upperi and pappadam), breakfast (Idli and sambar). Rajeshattan had informed the cook that we need white rice ad not Kerala boiled rice. The food was served on time and we found the quantity to be adequate.
Vij and others, being sea food lovers enjoyed fish delicacies, as the fresh catch from the backwaters went directly from the waters to the kitchen for frying!
What more, the boat stopped near a toddy shop in an island and everybody enjoyed the drink while children kept themselves busy catching small fish in the lake.

A fisherman transporting sea muscles in his canoe

Fishermen not only catch fish in the Vembanad Lake but also small muscles, one of the dietary staples of backwater dwellers, that grow in the bottom of the lake. Fishermen take shells generated by muscles and sell it to factories.

Factories mix the shells with carbon, bake in fire till they turn white and hose with water. The chemical reaction turns them into calcium hydroxide powder.
Lying down on the bed and seeing the sprawling backwaters from the bedroom window made it a perfect holiday!
They docked the boat in the evening and it was already getting dark and my plan of going on a canoe cruise through narrow backwater channels went for a toss. Vij didn’t miss a chance to steer the houseboat when it was anchored! Eldho and his wife Sheela joined us in the evening to spend night on the houseboat. It was time to bid adieu to others, and one group went to Munnar and the other to a religious visit.

We went to a small church overlooking the lake and sat on the compound of it and had a quick chat. The chat revolved around Christian beliefs and miracles.
The three men had their own time, pulling each other’s legs and we three women shared our thoughts. Eldho’s wife explained us about the working condition in Thuraif, about people, shopping and other related things.
In the meanwhile, we decided to watch a movie and caught few scenes from Mammooty’s latest flick, where his mother’s role was played by Usha Utthappa. While we were busy watching the film, Rajeshattan was busy swimming in the backwaters. He shouted from there that the water was not deep and if he stands it is coming to his shoulder level. Some parts in the lake are not deep and are shallow and fishermen take shells from such places.
During Onam festival, the lake becomes alive with boat races.
The Kerala Backwaters is a chain of brackish lagoons and lakes lying parallel to the Arabian Sea coast known as the Malabar coast. The network includes five large lakes, including Ashtamudi Kayal and Vembanad Kayal, linked by 1,500 km of canals, both man-made and natural, fed by 38 rivers, and extending virtually the entire length of the state.
Backwaters were formed by the action of waves and shore currents creating low barrier islands across the mouths of many rivers flowing down from the Western Ghats. Vembanad Lake is the largest of the lakes, covering an area of 200 sq km. It borders Alappuzha (Alleppey), Kottayam, and Ernakulam districts. The port of Kochi is located at the lake’s outlet to the Arabian Sea.
On Tuesday morning we bid adieu to our houseboat. We visited the house of Rajeshattan to meet his mother before leaving for Kochi.
Vij and I were eager to meet see Suhana, his close friend Amar’s daughter. It had been so long since we met Amar and his wife Deepa. Eldho dropped us to Amar’s house around 2.30-3 pm. 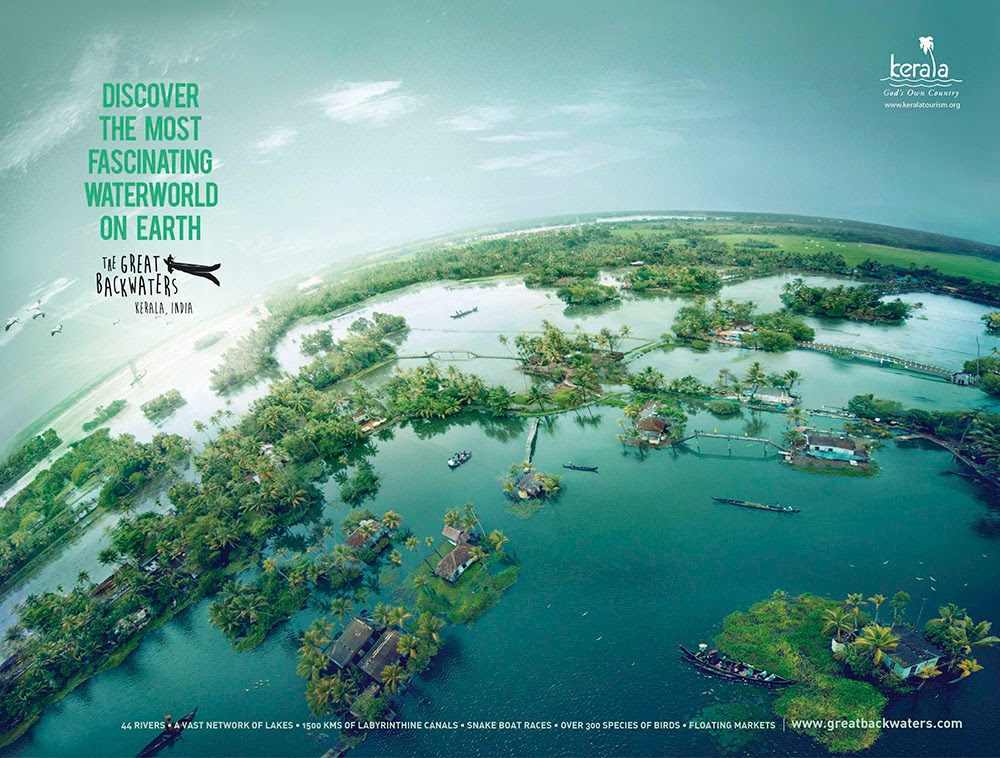 Posted by Arjunpuri at 16:53 No comments:

My latest is Wed Duniya -- an article on different types of weddings across the world -- in today's Kannada Prabha newspaper. Here's the link: 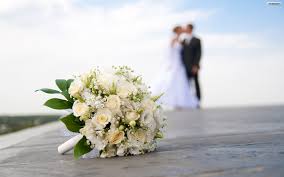 Posted by Arjunpuri at 14:55 No comments: