The latest Telegram update has brought a host of new features designed to bring “peace of mind” to users of the popular messaging app.

Silent Messages will make the WhatsApp rival less intrusive by allowing users to send messages without sound, while Slow Mode will give group admins the ability to set time limits on members to prevent them from spamming.

“This [update] brings more peace of mind,” Telegram said in a blog post announcing the update.

“You can now message friends freely when you know they are sleeping, studying or attending a meeting. Simply hold the Send button to have any message or media delivered without sound.”

With Slow Mode, group admins are able to choose how long each member must wait before sending their next message. 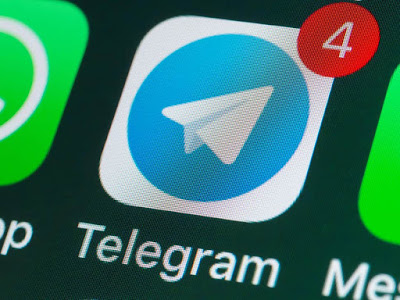 Options range from 30 seconds to one hour, with Telegram claiming it will “make conversations in the group more orderly while raising the value of each individual message”.

Group admins will also be able to assign titles to group members through a new option in Group Settings.

Other features included in the new update include animated emoji, which adds movement to the heart, thumbs up, unamused face, flushed face, and partying face emoji.

Telegram often pioneers new features that are subsequently adopted by other messaging apps like WhatsApp.

For example, Whatsapp introduced stickers in 2018 – three years after Telegram had first launched the feature on its platform.

The latest Telegram update will be rolled out over the coming days to users around the world, though there will be slight differences for Android and iOS users.

The main features will be included for both mobile operating systems, however Android users will also find a new attachment menu that makes it easier to pick photos and videos to send to contacts.

Meanwhile, iOS users will now be able to choose accent colours for night themes, so the dark mode will no longer simply be shades of black and blue.