Not Chris Evans or Robert Pattinson, most handsome man in the world is Hrithik Roshan

Bollywood actor Hrithik Roshan is undoubtedly considered as one of the handsome hunks in B-town. But now, his look isn't restricted to just Bollywood.

Yes, the actor has been named as the 'Most Handsome Man in the World' by the US-based agency. Interestingly, Hrithik holds a number one spot by beating actors celebs like Chris Evans, David Beckham, Robert Pattinson and Omar Borkan Al Gala. 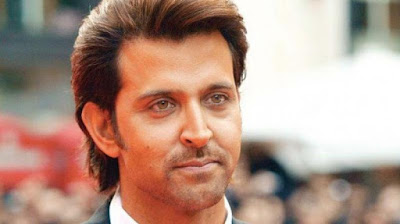 A source told Hindustan Times, "The actor recently topped the ‘Top 5 Most Handsome Men in the World in August 2019’. He is also riding high on the success of his recent release Super 30; though he pulled-off a complete de-glam look of a teacher.”

When asked about the secret behind his good looks, Hrithik said, "Well, it’s broccoli. Just kidding! I’m thankful for this title although, on the face of it, it’s not really an achievement. According to me, if there’s anything one should aspire for and value the most in this world, it’s their character. A good character will always make you look more attractive.”

On the work front, Hrithik will next be seen alongside Tiger Shroff and Vaani Kapoor in an action-thriller, 'WAR'.