How does living in this country and soaking up the American ethos shape the way you raise your kids? Five immigrants tell us in their own words.

When it comes to parenting advice, we Americans love a good import. Our bookshelves are filled with child-rearing manifestos imploring us to ditch our Yankee ways and adopt foreign customs. Our children, we’re promised, will be more patient, like the French; independent, like the Germans; or disciplined, like the Chinese.

But what are American parents doing right? To answer this question, we asked five immigrants living in the United States to share their view of what it means to parent like an American.

A diverse group, they hail from all over the world and have very different backgrounds. Some came here for love or opportunity; others to escape poverty and war. Naturally, their perspectives are largely colored by their pasts, and what they lost and gained by moving here. 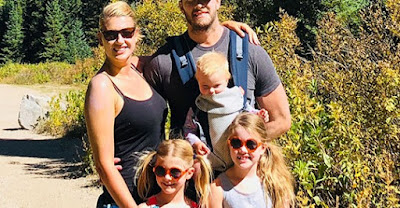 We Americans don’t have it all figured out. No country does. Parenting, thankfully, will never be included in the Olympics because there is no one best way to do it. Still, these mothers and fathers can help us remember that there is a lot to feel good about in the U.S. And that yes, our kids will be all right.

In everyday life, there are not that many obvious differences between parenting in Germany and in America. Differences depend more on parents’ social class, education, and environment. The biggest one is that in Germany, there are government policies that support families, like subsidized child care and longer maternity leaves. It is easier to be working parents in Germany than in America, and there is way less financial pressure.

But one thing that is different, and that I like, about parenting here is that there is more display of national pride. In Germany, because of our history, it is still often frowned upon to state that we are proud to be German. I think it is healthy for children to know where they come from and to express gratefulness for their country, even as they learn about painful aspects of the past.

There is also a heightened sense in America that people can and should make a difference. There are many ways for American children to express their activism and sense of community. It’s not quite as common for kids in Germany to do things like volunteer at a food bank or make their concerns political. On the flip side, here, from the baby years on, kids are bombarded with slogans like “Let her sleep, for when she wakes, she will move mountains,” which I feel puts unrealistic expectations on a child.

Back in India, my husband and I were very social and would mingle with family and friends. I grew up close to my grandparents and cousins, and I have lots of sweet memories from that time. However, everyone was from the same region and followed similar customs.

We moved to the United States in 2013 when my daughter was 4½ months old, and I love how we’ve met all different people. I’ve come to know about so many traditions from all over the world. I’ve tasted some new cuisines, and I now know about different countries. I know growing up here will expand my daughter’s perspective.

But there are positives and negatives to everything. We’re happy my daughter is learning things, but we also tell her, “Don’t forget where you are from; don’t forget who you are. You can adopt new traditions, new religions, but don’t forget our Hindu ones.”

Living in the United States has also affected my daughter’s relationship with her father and my relationship with my husband. In India, we often live with our parents and with our grandparents, sometimes even after marriage. The father is considered the head of the family, so all the important decisions are made by him. Women are responsible for domestic duties and child-care tasks. We depend on our parents for everything until we get our first job, and our parents play a major role in making decisions about our lives, like who we should marry and what we should study in school. This is starting to change in modern Indian culture, but there are still many families like this in rural areas.

But here it is different, and children are more independent and free to make their own decisions from a very young age. In our family, we are now half-modernized and half-traditional. My husband still makes many decisions, but whatever the main decision is, we discuss it together.

In Columbia, there is a much bigger focus on discipline. When I was growing up, “Spare the rod and spoil the child” was the credo. My siblings, cousins, and I turned out to be good people, but it came with some trauma.

When I visited Colombia with my family last year, many of my cousins were surprised by my relationship with my kids. They admired how much respect I give my children—how I allow them a long leash to be who they are. I trust my children and they know it.

Because of this, there is a lot more laughter, and a lot less micromanaging. My children know we are the adults, and that they need to respect what we say until they are old enough to make their own, hopefully smart, choices. Still, we are largely a family of equals. They know what they say and what they feel matters—and I believe this is teaching them that they matter. Wherever they go, they should show up without fear and with self-confidence. There is a place and space for them in this world.

What I like most about living here is how well the school systems work. I volunteer in my kids’ classroom and get to see how the teachers are teaching. In Brazil, schools, both public and private, don’t let parents get involved. You just drop your kids off and that’s it.

You also get to know other parents here. And because we live in a place with neighborhood schools, we get to know our neighbors, and the kids play together outside of school too.

Something else I like: American kids get to be kids for a longer time. In Brazil, they mature faster—in the romantic sense. They are more interested in having a girlfriend or a boyfriend than in playing with friends. My son has an 8-year-old friend in Brazil who says he has a girlfriend! Kids there say that word—girlfriend. I like that this doesn’t happen as fast here.

And in Los Angeles, my boys don’t have to be macho. My younger son wanted to play with dolls when he was young, and now he likes to paint his nails blue. I let him do it and go to school. We don’t tell our boys not to cry. We want them to be who they want to be.

My kids are the main reason I came to America. I wanted to give my daughters a good life. Back home, women are looked at differently from men. Even if a woman has a job, she is not seen as successful. Here, it’s not the same.

I talk to my daughters about this all the time. I tell them to focus in school, get good grades, and graduate. In America, your weapon is your education.

I do worry about them, though. I sometimes find it too open here. Girls have a lot more freedom at age 12 or 13 than they do at home. I always tell my wife to keep close to the girls and never let them grow afraid of her. I want them to be able to talk to us about everything. I want them to choose their way, but I also want to help them choose the right way. I want to make sure they think with the brain more than the heart.

I am a Muslim guy, and in our religion, women are not supposed to go outside, show their hair, or talk to strangers. I am not religious, but I respect my religion and my culture. I also respect other cultures. My eldest daughters love gymnastics, and I take them to class. Back home I would be shamed for this. They would not approve of my daughters’ wearing leotards in public. But I am okay with it. When they do something they love, I feel happy.