A Ryanair passenger flew from Bristol to Seville using her daughter’s passport – and noticed the error only when she reached her hotel.

Susan Rumsby, 55, mistakenly picked up the passport belonging to her daughter, Isobella, who is 22. On 27 July she went through security at Bristol airport, for which only a valid boarding pass is required.

At the departure gate, staff working for Ryanair’s ground handler, Swissport, are supposed to match the name on the boarding pass with the passenger’s passport.

But Ms Rumsby was allowed through and onboard the Boeing 737 for the 977-mile flight to Seville. 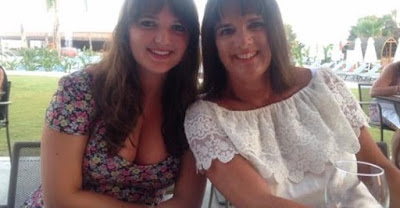 Only when checking in at her hotel did she see that she had the wrong travel document.

“I was obviously then in a position that I could not travel back home,” she said.

“Ryanair was contacted and my husband suggested he could get my passport to them on the outgoing flight so I could return on the incoming flight but they did not want to know or offer any assistance.”

Her travel agent told her she would need to travel to Malaga, 100 miles away, to obtain an emergency travel document.

But instead her husband, offered to fly to Spain with her own passport.

The only flights available were on easyJet.

“I have contacted my insurance company re my husband’s incurred costs of £642 but because the passport was not lost or stolen I cannot claim,” Ms Rumsby told The Independent.

“Although this is entirely my fault from the start I find it unbelievable and worrying that I managed to travel to Seville on the wrong passport and incorrect boarding pass which must question national security.”

A spokesperson for Swissport said: “We are aware that on Saturday 27 July after passing through airport security screening a passenger was allowed to travel incorrectly on her daughter’s passport.

“A full investigation into how this happened is now underway and Swissport will take all necessary steps once this process is complete.

“All front of house staff are being re-briefed on the full procedure to follow when checking passenger’s documentation.

“We would like to apologise to the passenger and her family for the inconvenience this has caused them.”

In February, a man successfully flew from Prague via Amsterdam to Newcastle with his friend’s passport after inadvertently switching them at the hotel in the Czech capital.