Gangaiah Hegde was 96 and had been admitted to Shanthaveri Gopal Gowda Hospital in Mysuru, after suffering a fall in his house over a month ago.

Less than a month after Cafe Coffee Day founder V G Siddhartha allegedly committed suicide by jumping into river Netravathi in Mangaluru in the month of July, his father and coffee planter Gangaiah Hegde breathed his last at a hospital in the city on Sunday.

He was 96 and had been admitted to Shanthaveri Gopalgowda Hospital in the city, after suffering a fall in his house over a month ago.

Hegde had suffered a head injury after tripping at his house and was in a coma for some time.
Though he regained consciousness, he slipped into a coma again and ups and downs continued, till he was in the hospital for about one month and 20 days. 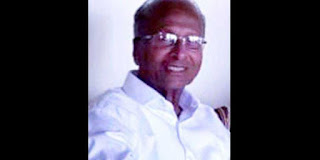 As his condition deteriorated further in the day, the doctors tried to revive his condition, but to no avail.
The end came at about 3 pm, Dr H V Santhrupt of the hospital told The New Indian Express. The body was later taken to Mudigere in Chikkamagaluru district by road at about 4.30 pm.

Three days before going missing on July 29, Siddhartha had come down to Mysuru and spent some time at the hospital. A photo of pensive Siddhartha seated on a chair next to his father's bed in the ward had gone viral, pithily indicating the cobweb of crises Siddhartha had found himself in.

Former chief minister S M Krishna too had visited the hospital a month ago, only to enquire the health condition of Hegde.
Siddhartha was the son-in-law of Krishna and was married to the latter's oldest daughter Malavika.