Coronavirus: World must prepare for second and third wave of Covid-19, WHO warns

Countries around the world must be prepared for a “second or third wave” of the coronavirus until a vaccine is available, the World Health Organisation (WHO) has warned.

Europe remains “very much in the grip” of the pandemic, despite positive signs it was passing the peak, said Dr Hans Kluge, the head of the WHO in Europe.

It comes after the University of Oxford announced it was partnering with pharmaceutical giant AstraZeneca for the development, manufacture and large-scale distribution of the Covid-19 vaccine candidate currently being trialled in the UK.

Speaking during a WHO Europe briefing, Dr Kluge said: “One of the things we saw very clearly in different countries is the speed with which even the best health systems can be overwhelmed and devastated. 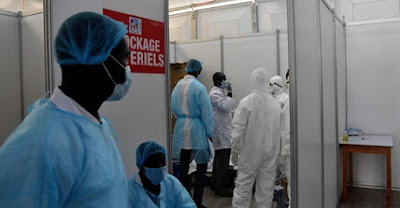 “So the biggest lesson overall at this stage would be that health really deserves to be at the top of the political agenda.

“Once we get out of the pandemic, through united efforts, this is a lesson never to be forgotten.”

The UK remains under strict lockdown measures, with the latest figures showing 26,771 people have died in hospitals, care homes and the wider community after contracting Covid-19.

Elsewhere in Europe, other countries have begun easing restrictions by allowing shops to reopen and people to leave their homes.

Dr Kluge said it was vital for countries to prepare for future outbreaks once the first peak had been reached.

He said: “If the first wave is gone, [the key issue is] that we have bought the time to prepare for a second or third wave, particularly if there is no vaccine.

“The key issue is to be prepared whether it is for a second wave or another outbreak of another future infectious agent.

“This will require the collaboration and understanding of everyone, not least with the summer coming, that everyone has to do its share while moving to a new reality where public health has to have a more prominent place in society.”

Dr Kluge said Europe accounted for nearly half (46 per cent) of all cases globally, and nearly two-thirds (63 per cent) of all deaths.
He said: “We’re now seeing evidence of a plateau or reduction in new cases. We must monitor this development very closely.”