Contemporary society has some very wrong-headed ideas about what constitutes success. Popular thinking holds that a person who went to Harvard is smarter and better than someone who attended Ohio State; that a father who stays at home with his kids is contributing less to society than a man who works at a Fortune 500 company; that a woman with 200 Instagram followers must be less valuable than a woman with two million.

This notion of success isn’t just elitist and misguided; it actively hurts those who believe it. For my book, The Power of Meaning, I spoke to many people who defined their identity and self-worth by their educational and career achievements. When they succeeded, their lives felt meaningful, and they were happy. But when they failed or struggled, the only thing that gave their lives value was gone—and so they fell into despair, and became convinced they were worthless.

Writing my book taught me that being a successful person isn’t about career achievement or having the most toys. It’s about being a good, wise, and generous human being. Cultivating these qualities, my research showed, brings people a deep and enduring sense of fulfillment, which in turn helps them to face setbacks with resilience and meet death with peace. These are the criteria that we should be using to gauge our own success in life and the success of others, especially our children.

Redefining success
According to the great 20th-century psychologist Erik Erikson, in order to lead a meaningful life, humans must master a certain value or skill at each stage of their development. In adolescence, for example, creating a sense of identity is the key developmental challenge. In young adulthood, the primary goal is to forge intimate bonds with others. And in adulthood, the most significant task is developing generativity—that is, cultivating the next generation, or helping other people to accomplish their goals and reach their potential.

In the book The Life Cycle Completed, Erikson tells a joke about a dying old man to make a profound point about generativity:

As he lay there with his eyes closed, his wife whispered to him, naming every member of the family who was there to wish him shalom. “And who,” he suddenly asked, sitting up abruptly, “who is minding the store?” This is expresses the spirit of adulthood which the Hindus call “the maintenance of the world.”

In other words, you’re a successful adult when you outgrow the natural selfishness of your childhood and youth—when you realize that life is no longer about charting your own course, but about helping others, whether it’s by raising children, mentoring colleagues, or creating something new and useful for the world. Generative people perceive themselves as part of a larger tapestry and seek to preserve it, however humbly, for future generations. This legacy gives their lives meaning.

Today, Anthony Tjan—an entrepreneur, investor, and author of the new book Good People—is a good example of generativity. But he wasn’t always. Back in 2000, Tjan was a newly-minted Harvard Business School graduate running a fast-growing $100 million internet services company called ZEFER, a poster child of the dot-com boom. Tjan was about to take the company public, an exciting milestone that would bring with it a lucrative payday.

But the day the company was scheduled to go public, the NASDAQ experienced its largest drop in history. The dot-com bubble was bursting. Tjan and his colleagues were forced to pull the IPO, and eventually restructure the company with three rounds of layoffs.

Tjan was devastated. The IPO had been his obsession—he’d seen it as the crowning achievement of his young career. He had been privately calculating how many millions he’d make from it. Now those dreams were gone, and he felt humiliated and demoralized. 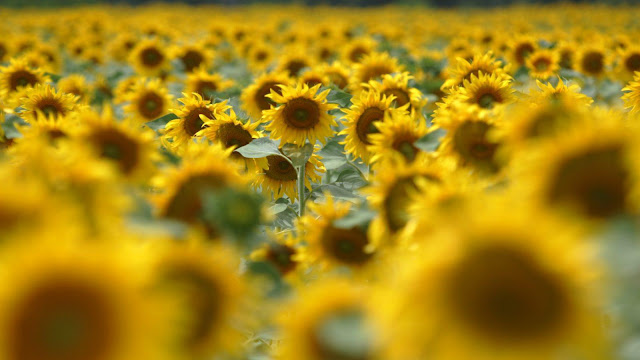 As he dealt with the fallout of the failed IPO, Tjan realized that his definition of success had led him down the wrong path. At the time, he assumed success meant, in his word, “winning.” He writes: “We’d defined our success, by what an initial public offering could bring us, rather than by any of the meaningful roles or innovations we had created, or their impact on the world.” In time, he realized that true success lies in, he said, “using your strengths in the service of a higher calling”—in other words, generativity.

Today, Tjan is a partner at the investment firm Cue Ball, where he’s trying to live up to his new definition of success—and he seems to be, well, succeeding. One of his pet projects is MiniLuxe, a nail salon chain that he founded to shake up the nail industry, where manicurists are routinely underpaid and exploited. At MiniLuxe, the manicurists receive fair pay and retirement benefits—and the customers receive a more hygienic manicure and pedicure.

“I don’t want my children thinking about success in terms of winning and losing,” Tjan told me. “I want them pursuing wholeness.”

Making yourself useful
In Erikson’s model of development, the opposite of generativity is “stagnation”—the gnawing sense that your life is meaningless because you are useless and unneeded.

To thrive, people need to feel like they have a role to play in their communities, and skin in the game of life. This fact is evident in a classic psychology study of adult development, which followed 40 men over 10 years of their lives in the 1970s.

One of these men, a novelist, had gone through a rough patch in his career. But when he got a call asking him to teach creative writing at a university, he said it was “a sort of confirmation of my usefulness.”

Another man had the opposite experience. He had been unemployed for over a year when he told the researchers: “I’m running into a big blank wall. I feel that I’m useless, no good to anybody … The idea that I can’t provide the necessities, that the money is not there and that we cannot get my son what he needs, it makes me feel like a dope, an asshole.”

For the first man, the opportunity to be generative gave him a purpose. For the second, the denial of that opportunity was a bitter blow. And for both of them—as for most people—unemployment was not just an economic issue; it was an existential one, too. Research shows that across history, rates of unemployment and suicide rise together. That’s because when people don’t feel they have something worthwhile to do, they flounder.

But work is not the only way to be useful to others. John Barnes, another man in that longitudinal study, learned this lesson the hard way. Barnes, a biologist at a university, was an extremely ambitious and conventionally successful man. He had won prized grants like the Guggenheim fellowship, was unanimously chosen to be the chair of his Ivy League department, and was associate dean of his medical school.

And yet, in the middle of his life, he considered himself a failure. He didn’t have any goals that he considered worthwhile. And the things that he liked doing best—“being in a lab and being on a boat”—did not, in his words, contribute “a damn thing to anybody else.” He felt adrift. His whole life, he’d been driven by an “intense desire for kudos.” He wanted, above all, to be recognized as a first-tier scientist. But now, he saw that his yearning for recognition reflected a spiritual emptiness: “There must be something missing from one’s inner man,” he said, “if you need to be supported by having adulatory comments.”

In middle age, it’s natural for people to vacillate between generativity and stagnation—between caring more for others and caring more for themselves. To Erikson, the mark of a successful, growing adult is resolving this struggle.

And that, eventually, is what Barnes did. When the researchers checked in on him a few years later, they found that he was focused less on his personal advancement and receiving acclaim. Instead, he had discovered meaningful ways to serve others, by being a more involved father to his son, playing an administrative role in his university, and mentoring graduate students in his lab. Maybe his research would remain obscure; maybe he’d never be considered a luminary in his field. But he had rewritten his story about what success was. He had retired his pursuit of “kudos.” Now, he occupied his time with being useful not just at work, but also at home with his family.

In a lot of ways, many of us are like John Barnes. Maybe we’re not as hungry for recognition or as advanced in our careers. But, like Barnes, most of us have dreams that won’t come true. The question is—how do we respond to that disappointment? We can conclude we’re failures and that our lives lack meaning, as Barnes initially did. Or we can embrace a different definition of success, one rooted in generativity—in doing the quiet work of maintaining our “stores” in our own little corners of the world, and making sure that someone will mind them after we’re gone. That, ultimately, is the key to leading a meaningful life.