NASA's Lunar Reconnaissance Orbiter mission of Goddard Space Flight Centre has credited Shanmuga Subramanian, a mechanical engineer in India, for the discovery in an official email.

"Thank you for informing us of your discovery of debris from the Vikram lander. The LROC team confirmed that the location does exhibit changes in images taken before and after the date of the landing. Using this information the LROC team did additional searches in this area and located the site of the primary impact as well as other debris around the impact location and has announced the sighting on the NASA and ASU pages where you have been given credit for you observation," John Keller, Deputy Project Scientist, LROC, said.

Vikram was part of India’s Chandrayaan-2 mission to the moon, which launched in July.

If the spacecraft had reached the surface in one piece on September 7, India would have been only the fourth country to successfully put a lander on the moon. 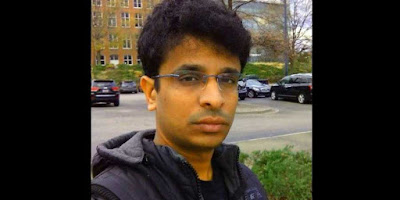 Subramanian had contacted NASA in October, but it took time for the American space agency to be certain of its interpretation of the observation as well as making sure that all the stakeholders had an opportunity to comment before they would announce the results.

Subramanian told Express that he was happy that his work got the due recognition.