Nearly 260 million children are still out of school – does the world care?

There are 258 million children and young people around the world with no access to education – 59 million at the primary level alone, according to Unesco’s Institute for Statistics.

Today, poverty remains one of the greatest barriers to enrolment in education programmes. No better example of this can be illustrated than in rural and remote parts of Tanzania, where a 12-year-old boy, out of school, forced into a life of work, trapped in a dead-end cycle of danger and despair so he can provide for his family, provides perspective. He says: “I have no choice, I know the work is dangerous but I feel I have to help provide for my brothers and sisters. It makes me sad not being able to go to school.”

Chacha works 12-hour shifts, seven days a week, under the cover of darkness to avoid detection, on one of the many small-scale gold mining sites in the northwest of the country. Illegally, he scavenges the mines for residue-bearing rock which he digs up and sells to middle-men who crush and extract the gold. Chacha’s cut of £1.50 a day is used to contribute to household bills. The work is exhausting and dangerous. Trespassers are shot on sight – even children.

Tanzania has strong laws governing child labour, reinforced by the national action plan to eliminate the practice. The plan prohibits under-18s from engaging in hazardous work, including mining, but children are still lured into mines with the hope of changing their fortunes and those of their families.

Chacha has never set foot in a classroom, perhaps he never will. He is one of the estimated 1.895 million children out-of-school children in Tanzania today. 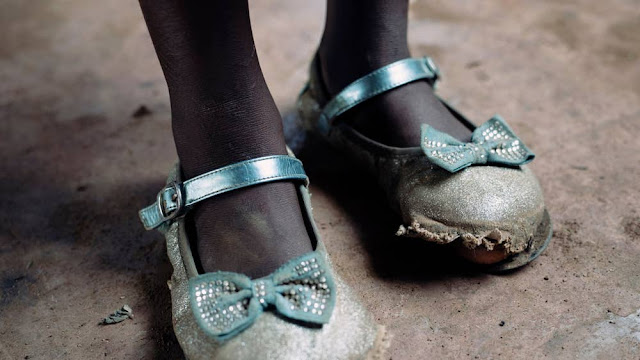 His only possible salvation may come through partnerships such as those between the Education Above All Foundation (EAA) and Graca Machel Trust (GMT). These collaborations place a strong emphasis on capacity building – boosting schools in all areas to help them run efficiently and sustainably – as well as community engagement and service support. The EAA-GMT partnership has successfully enrolled 23,479 out-of-school children in quality primary education over two years in the Mara region – comprising the most challenging and hardest to reach districts of Tanzania.

GMT brought in the Complementary Basic Education in Tanzania (COBET) accelerated learning programme, to give a second chance to over-age learners who had never been to school – and to those who had dropped out.

In 2001, Tanzania implemented the Primary Education Development Programme and eliminated public school fees to increase access to primary education. But many challenges have arisen. Schooling is now mandatory for children aged seven to 15, and although enrolment has dramatically increased, Tanzania has not yet achieved universal primary education. A majority of children in Tanzania do not attend school due to informal fees or voluntary parental contributions required for enrolment. This includes, among other things, the compulsory purchase of shoes.

All children should be able to attend primary school regardless of whether their parents can or can’t afford to pay or see the value, perhaps never having received an education themselves. At its core, if a child fails to gain the basic skills required to contribute as a functioning member of society, the loss is vast, not just to the child or society but the nation as a whole. For those sceptical, education can ultimately reduce poverty for future generations. Studies show the cost of educating children is far outweighed by the cost of not educating them.

Sheikha Moza bint Nasser, chair and founder of EAA, has dedicated much of her life to ensuring the most marginalised children can go to school, when there was no duty or expectation for her to do so. At Unesco’s headquarters in Paris last year, she said: “Statistics cannot catalogue the impact of children’s broken dreams. So we must not allow ourselves to be ‘numbed’ by the numbers, and we cannot accept apathy as a response. Because history, as we know, will judge us, by both what we do, and what we choose not to do.”

It is the selfless acts of a few that are making the change for millions. These acts of kindness today should be celebrated and championed by all. Whether privileged or otherwise, they are turning the tide.

EAA, through its Educate A Child programme, has invested $1.8bn (£1.4bn) in education and has committed to enrol 10.4 million out-of-school children into primary education in more than 50 countries. According to Forbes this year, there are 2,153 billionaires in the world who control $8.7 trillion. Think of the impact that could be made when more people of privilege commit to investing in a child’s education.

It is time to help ensure there are zero out-of-school children in every corner of the world. Every child deserves the right to quality education, however, until that is embraced by all, there will be no education for all.

If the margins in life for the 59 million children who remain out of school are so slim that a barrier to enrolment is a pair of shoes, then we all need to consider action to right a wrong.