Perhaps the true hero of Christmas has always been Mary

Christmas has always been a festival that has been fraught with much emotion for me. When I was young, my earliest memories of the festival are being togged up in my best and dragged off kicking and squealing to the church at the crack of dawn for the early mass. My hair would be carefully combed out and subdued into two tight ponytails, or when it was longer, two plaits with ribbons tied into neat bows at the ends, my shoes would be polished to mirror levels of shiny Mary Janes, worn with knee-high socks and my dress would be an obnoxious meringue of pink and satin and lace and ribbons that would nauseate the tomboy in me. As I grew, I resisted. Adolescence and teen courage gave me the nerve to flat out refuse to accompany Mom to church on the rare days that I hitherto had. I had also, by then, completely lost religion, not that I had much to begin with. I grew into an adult, and define myself not an atheist, but rather a nonbeliever in organised religion and a believer in power I still can’t quite define. 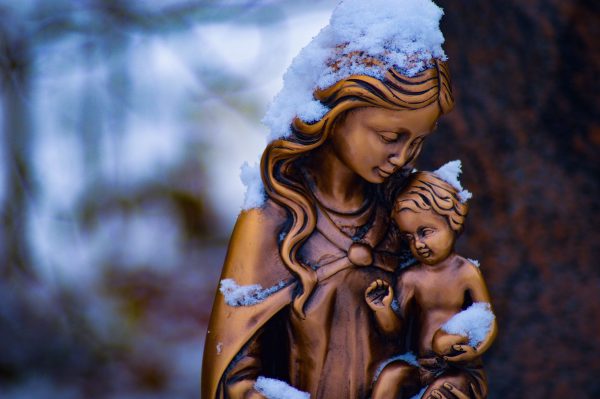 Christmas was also carol singing, and Christmas tree decorations and throwing tantrums about the fact that we had no chimney for Santa Claus to come and how on earth was he to know that balconies were meant to be his entry point into the house?

Among the more cheerful memories of Christmas was of visiting assorted relatives and eating from the tray of temptingly arranged sweets that inevitably resulted in an upset stomach the next day from the gluttony. Marzipans, kulkuls, milk cream, rum cake, coconut sweet, guava sweet, dol sweet, and more that tempted one down the path of sin and sneaking some into pockets to be consumed at leisure later. I lived through that day with sticky hands and pockets that would eventually need a scrubbing down to get clean.

Christmas was also carol singing, and Christmas tree decorations and throwing tantrums about the fact that we had no chimney for Santa Claus to come and how on earth was he to know that balconies were meant to be his entry point into the house and for goodness sake, just how was he to get a respectable sized gift into the little socks we would hang up on the balcony railing with no fireplace. The sheer logistics of traversing the world in a single night, finding all the good kids homes, was not lost on me either, in an age where we can still go around in circles for hours, never mind google maps kindly instructing us to take the next right turn and at 100 metres, your destination to your left. Luckily, my son saw through the Santa myth rather early when a surly, skinny Santa in a mall barked at him for interrupting his cigarette break. This generation is smarter than we were, they also have magic of a different kind to be fascinated by, that of the swipe screens.

What did always fascinate me though, was the story of Mary. Chosen to be the virgin womb to bear the son of God, I’ve always wondered what went through her mind when she was told of it. Her story begins when the angel Gabriel appears before her and tells her that she has been chosen to carry and give birth to the saviour and that she was to call him Jesus. She accepted the challenge that had been given to her, that of the immaculate conception. Given the era she lived in, I can only assume she was very young at the time, perhaps in her early teens.
She travelled miles in an advanced state of pregnancy from Nazareth to Bethlehem, giving birth in a dingy stable, with the focus instantly shifting to the baby boy she gave birth to, having to fend for herself, weakened and drained by childbirth, as well as the newborn infant Jesus, in a cold, wintry stable.

Who hasn’t looked upon the Pieta by Michelangelo and wept? Perhaps this is why so many of us identify so strongly with Mary—her suffering is real and palpable. It is the suffering of every woman, across the world, who has given birth, raised a child.

What did Mary really think about this, being chosen to be the Mother of God, we will never really know. How did her parents and her fiancé Joseph take to this announcement by her that she was already with child, and would bear the son of God, at a time when virginity was a non negotiable for women? We do know a bit about how Joseph decided that he would not castigate her publicly and that an angel appeared to him in a dream telling him to accept her pregnancy as it was the child of God growing in her womb. That three wise men came, bearing with them gifts of myrrh, frankincense, and gold we know. I might also think now, in retrospect, that it might have come handier to have three wise women visit the newborn and his mother bearing gifts that would make things a tad easier for her. Clean clothes, food, and such.

When I became a mother, I realised the enormity of what this young girl would have faced. She is the reminder that women have, down the centuries, been cast into the roles of nurturers and bearers of life, through biology and patriarchy and have had to live their lives in the roles assigned to them. She called herself “the handmaiden of God.” While we may not all want to be handmaidens of God, and might be quite content with the moniker of meanest mom in the world, but that she was pregnant through circumstances not of her choosing, brought life into the world in circumstances that were trying in any time period, brought up the baby knowing that there was sorrow in store for her when he grew, is true bravery. Who hasn’t looked upon the Pieta by Michelangelo and wept? Perhaps this is why so many of us identify so strongly with Mary—her suffering is real and palpable. It is the suffering of every woman, across the world, who has given birth, raised a child.

Perhaps, it is time we realised that we’ve got it all wrong all these centuries. Perhaps the true hero of the Christmas story has always been Mary. And we do need to celebrate her story too.