After driving fifty miles on US 380 to McKinney, I take I-75 south toward the Ridgeview exit. I’m on my way to the cemetery, silk red roses in the passenger seat. In three days, it will be three years since my phone rang at nine twenty on a Saturday morning. My mother, telling me my father was gone.
I take a right toward the cemetery and follow the winding path to the tree. I park beside it.

As the first anniversary of my father’s death approached, my mother asked me to put roses on his grave: “I want him to have them for the day.” She wasn’t well enough to do it herself—the cancer, diagnosed not long after his death, had taken its last turn, though we didn’t know it then. When she died, fourteen months after my father, I swiped through the photos on her phone and found his grave, its mound of funeral flowers. He was buried on the first of February, and the dates on the photographs showed she had driven the hour there on the second, the third, the fourth, and the fifth. Disbelief, I imagine, and the need to convince herself it was true. 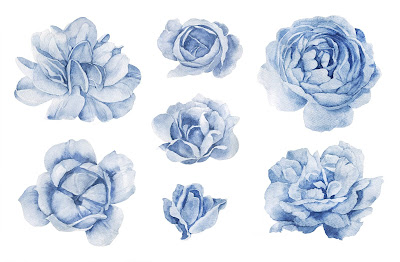 On the second anniversary of my father’s death, last year, my sixteen-year-old daughter, Indie, and I were at my parent’s house for the final time, packing boxes, going through drawers and closets, watching movers load the furniture we wanted before the estate sale. The day came and went.

I cross the grass to the headstone, the one my parents share. This is the first anniversary I have had the chance to really remember—the daze of a drive Indie and I made on 380 East that Saturday morning, the corners we turned in the ER until we found my mother in the doorway watching for us, my father’s body in the room behind her. I kneel down and press my fingertips to the date: January 28, 2017.

Indie’s at work today, so she’ll come to the cemetery by herself tomorrow. I will not write her grief here, only mine.

My father would—get a paper plate and fill it with Nilla wafers, then grab a knife and spread peanut butter on each one; race popsicle sticks with me in the rush of water along the curb after it rained; play his Jerry Lee Lewis albums loud enough to hear while he was in shower; spin our orange VW bug in the mall parking lot when it snowed (“Don’t tell your mother”); recount the entire plot of the movie he had gone to see by himself; prop his feet on the rubber rails of escalators as we descended, one foot on each side; call me whenever Titanic was on TV; follow me to my car every time I left to go back to college to tell me, “Remember why you’re there”; write me letters on yellow legal-pad pages; drive me to downtown Dallas and walk the 5K route while I ran; ask the piano player in Nordstrom to play “La Vie en Rose”; order a waffle, crisp, bacon, crisp; swim laps at dusk while Indie swam beside him.

Every time I visit the cemetery, I talk to my parents. I look at the tree, and I tell them things. But today, after I remove the poinsettias and walk them down to the dumpster, after I set the roses in the vase and arrange them until I can hear my mother saying, “Pretty,” I stand silent. I think about next year when Indie will be at college, and how, then, everyone will be gone.

I won’t mind being alone. I’ve always felt most myself when I’m by myself, but still, Indie will go in seven months, and her leaving will be another loss in a litany of losses. All of them, one after another. The soon of Indie’s leaving trembles like a last train car.

Across the way, a tractor bounces over the grass to dig a new grave.
Three days from now, on January 28, I will wake while it’s still dark, unable to sleep while the rain slows. I’ll turn over and back again, throwing back the covers, feeling dread. Later, I will sit with Indie at the kitchen table and tell her, “It’s as if I woke up and felt that phone call coming again.” And I will glance at the chair where my father always sat when I say, “The body has a memory.” Indie will nod, tell me she woke up in a cold sweat.

I will not tell her that after I left the cemetery, I drove to the Holiday Inn and Suites on I-75. Or that I pulled into the parking lot and drove around the four-story building and figured out there’s only one entrance to the hotel. Or that I parked, one of a few cars in the lot, and looked in every direction, wondering which one my father took on his last walk. I do not tell her how I stared at the automatic double doors of the entrance.

Instead, I will tell her about the popsicle sticks, the way Dad would count to three before we let them go, the way he ran alongside his stick, shouting, “Come on, my guy! Come on, my guy!” The way I laughed and ran with him.

(Source: The Paris Review)
Posted by Arjunpuri at 14:00