Use of pesticides & chemicals to ripen fruits amounts to poisoning the consumer, the High Court of Delhi has observed & said invoking penal provisions against the culprits would have a deterrent effect.

“Using chemicals like calcium carbide to ripen mangoes is like poisoning somebody. Why should the Indian Penal Code be not invoked against them? Send such persons to jail, even if for 2 days & it would have a deterrent effect,” a bench of Justices GS Sistani & AJ Bhambani said while hearing a PIL initiated by the court to monitor use of pesticides on fruits & vegetables. 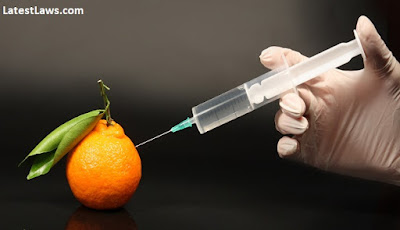 Fiat to FSSAI
The bench directed the Food Safety & Standards Authority of India (FSSAI) whether calcium carbide was still being used to ripen fruits like mangoes, & sought the presence of its Chief Executive Officer to assist it on the next date of hearing.

Apart from the Public Interest Litigation (PIL) initiated by the Court on its own, it is also hearing 2 other petitions by private individuals seeking directions to the authorities to curb the use of pesticides & other chemicals on food products, especially the agricultural produce, coming into Delhi.

Excessive pesticides
According to a report filed by amicus curiae Rajul Jain earlier, due to excessive usage of pesticides in fruits & vegetables, “various countries have banned the import of Indian vegetables & fruits & many more were under scrutiny.”

The HC had launched the issue on its own after an NGO had found that vegetables & fruits sold in the Delhi markets contained poisons capable of causing cancer & harming the nervous system & liver.

The Court has in the past suggested several measures to curb adulteration of eatables, especially fruits & vegetables, like large-scale testing & sending back contaminated food products to manufacturers or farmers.