Few pledges have emerged at UN General Assembly this year, aside from China’s announcement it aims to have carbon dioxide emissions peak before 2030 and achieve carbon neutrality by 2060

If the coronavirus pandemic doesn’t kill us, world leaders warned the United Nations this week, then the climate crisis is “environmental Armageddon".

The dire warning at the UN General Assembly came from leaders in all corners of the world: In island nations where they are at risk of being submerged by rising sea levels to central Africa where temperature increases are expected to be 1.5 times higher than the world average.

The annual meeting of world leaders is taking place largely virtually this year due to the Covid-19 pandemic. Along with the global health criss, ministers pointed to the increasing red alerts from nature.

“We are already seeing a version of environmental Armageddon,” Fiji’s Prime Minister Frank Bainimarama said, citing wildfires in the American west and noting that the Greenland ice chunk was larger than a number of island nations.

This was meant to be the year “we took back our planet,” he said. 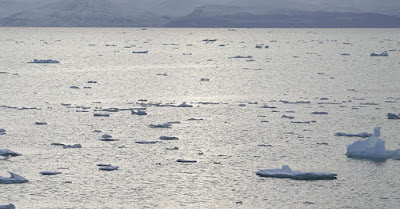 Instead, the coronavirus has diverted resources and attention from what could have been the marquee issue at this UN gathering. Meanwhile, the UN global climate summit has been postponed to late 2021.

That hasn’t stopped countries, from slowly sinking island nations to parched African ones, from speaking out.

“In another 75 years, many ... members may no longer hold seats at the United Nations if the world continues on its present course,” the Alliance of Small Island States and the Least Developed Countries Group said.

In 2015, the majority of nations signed the Paris Climate Accord with the aim to limit global temperature rise to well below 2C (3.6F) above the pre-industrial age. However climate scientists say that with current global trends, the planet is on track to soar past that.

A new study found that if the world warms another 0.9C (1.6F), the West Antarctic ice sheet will reach a point of irreversible melting. It has enough water to raise global sea levels by 5 metres (16 feet).

World powers cannot shirk their financial commitments to fighting climate change during the pandemic, Remengesau said, even as economies are battered.

But few pledges have emerged at the UN gathering, aside from China’s announcement that it aims to have carbon dioxide emissions peak before 2030 and achieve carbon neutrality by 2060.

The pandemic has muted the UN meeting, with world leaders speaking not from the podium in New York but via video from home. That has sapped the urgency of diplomacy and left nations wondering just how many people are listening.

Amid concerns that the world is distracted, it was perhaps no surprise that the student-led movement Fridays for Future returned to the streets this week for the first major demonstrations for climate action in months.

Still, island nations have seized on the unusual circumstances to show off what’s at stake.

The prime minister of Tuvalu, Kausea Natano, delivered his UN speech with a vista of turquoise waters and swaying fronds behind him that instantly fired the imaginations of house-bound viewers.

But the prime minister quickly shattered any dreams. While Tuvalu is free of the coronavirus, the pandemic struck as the island nation was recovering from a pair of tropical cyclones — storms that scientists say are likely to become wetter as the planet warms.

“While COVID-19 is our immediate crisis, climate change remains the single greatest threat to the livelihoods, security and well-being of the Pacific and its peoples in the long run,” the prime minister said.

“Change relies on protecting the most vulnerable, because those on the frontline – whether healthcare workers battling the pandemic or small island nations sounding the alarm on climate change – are critical to the survival of us all,” he said.

“Small island and atoll nations like mine do not have time for paper promises,” Kabua added.

Urgent pleas also came from Africa, which contributes least to global warming but stands to suffer from it the most.

“In favoring solutions based on the respect for nature, we’re also preserving the health of our peoples,” said President Issoufou Mahamadou of Niger, part of the Sahel region south of the Sahara desert where temperature increases are expected to be 1.5 times higher than the world average.

“Our global home that was teeming with millions of species of God-given creatures, both great and small, is slowly dying,” said Kenyan President Uhuru Kenyatta, who last year noted that his country was the only one in Africa to reach the goal of making renewable energy 75% of its energy mix.

He added: “Our world is yearning for us to stop its ruin.”