Warmth in the cold should never be underappreciated.

It’s sad how the things we take for granted are the same things others would give everything to have. When winter approaches every year, most people are often concerned with buying decorations, gift shopping, and sending out dinner invitations to friends and family.

In the same energy, some people would only be bothered about finding a safe, warm place to lay their heads on the cold, dangerous nights. Since they cannot afford the luxury of gifts and parties, all they want is a place of warmth from the biting cold. While feeling sorry for them and occasionally handing out blankets might help, this forward-thinking French engineer was tired of seeing his fellow humans freezing out on the streets. 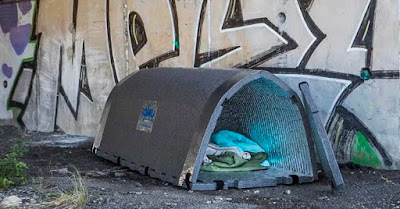 Geoffrey De Reynal, an M.Eng holder in Energy Engineering spent several months creating a heat-retaining dome called the iglou. [1] These small, portable shelters are big enough to house one or two persons and offer real protection from the dangerously cold weather sweeping into France from the Siberian Alps. When his project was completed, he tested them and began handing out the first set of domes to homeless persons in the streets of Bordeaux and Paris, where the temperatures would occasionally drop to life-threatening levels.

When Reynal was drawing up the plans for his project, the major factor was warmth and heat retention. While the iglous are incredibly small and would only accommodate a maximum of two people at once, usually an adult and a child, they offered a small measure of protection from the violent nights out in the streets. 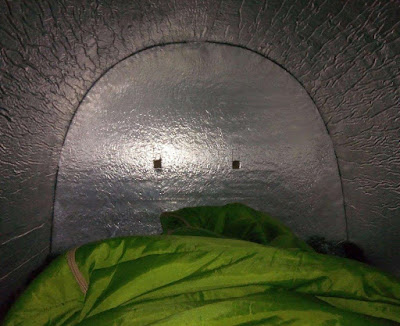 The iglous are made of layered polyethylene on the outside and aluminum foil on the inside. These materials are synthetic insulators that keep the temperature within the iglou about 15% higher (or 60oF more) than the outside temperature. This means the domes are only ideal during the winter or on very cold nights throughout the year.

The domes were smartly designed with a small window to provide solar lighting so the occupants can control their own light and privacy. The aluminum foil interior absorbs heat from the solar panels and the occupants’ bodies to increase the temperature within the dome. 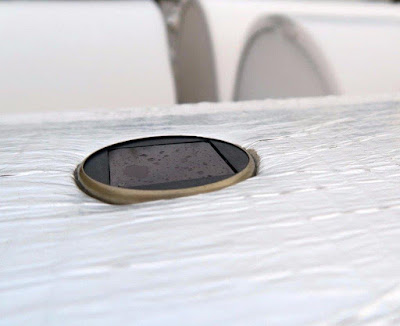 After he’d created the first ten iglous, Reynal took them out into the streets of Bordeaux, France to be tested. He singlehandedly sponsored the design of the first batch and when they turned out to be a success, people from all over the world were eager to contribute to his cause. The domes were provided at no cost to the occupants and people were instantly in love with them. Everyone who tested one refused to leave and those who couldn’t get a dome pleaded with Reynal to come back with more.

Reynal set up a crowdfunding account for his charity and in short a while, he amassed over $20,000 to continue his work.

Speaking on his motivation for the project, Reynal said to ABC News, “I was living abroad in Montenegro for a year, and there are not many people living outside there. When I came back to France, I was surprised by the number of homeless in the streets, so I decided to come up with an idea to help them.” 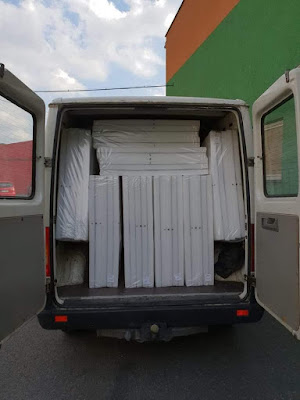 A 2012 survey conducted by the French National Institute of Statistics and Economic Studies revealed that over 141,000 people were homeless across the country. [2] Compared to the survey from 2001, this is a 50% increase in the number of people without homes in France.

Reynal explains that while his iglou may offer a measure of warmth and protection, they are not permanent solutions, especially as they can only be used properly in the winter. 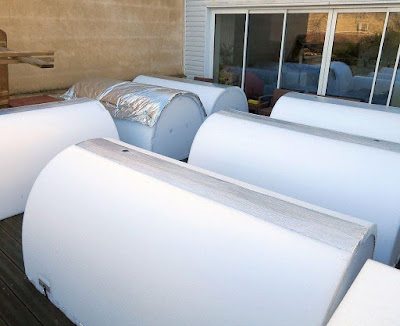 “I am not trying to replace emergency accommodations,” he argued. “I am just trying to make life a bit less difficult for homeless people. Having one of these igloos does not mean that you are not homeless anymore.”

Reynal hopes the French authorities will support his vision with funds as he plans to build thousands of iglous and make some modifications to the design. He also hopes they’d eventually be available in other countries as cold as France, such as Poland, Canada, Norway, and even Chicago in the U.S.

According to one of the beneficiaries, Océane, who lives with her boyfriend on the streets, her iglou has provided the best shelter they’ve had in months. “It’s much easier to fall asleep at night, to wake up in the morning,” Océane said. “We have much better nights inside the igloo shelter. It’s very precious.”