Another universe existed before our, and energy from it is coming out of black holes: Nobel Prize winner

There was an earlier universe before the Big Bang, and evidence for its existence can still be observed in black holes, a Nobel Prize-winning physicist has said.

Sir Roger Penrose made the claim after recently winning the award for breakthroughs in Einstein’s general theory of relativity and proof of the existence of black holes.

Sir Roger argues that the existence of unexplained spots of electromagnetic radiation in the sky – known as ‘Hawking Points’ – are remnants of a previous universe.

It is part of the "conformal cyclic cosmology" theory of the universe, and it is suggested that these points are the final expulsion of energy called ‘Hawking radiation’, transferred by black holes from the older universe. 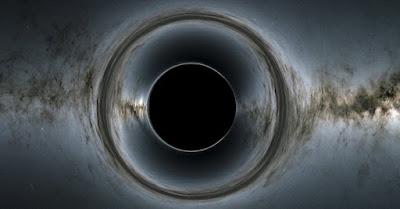 Black holes are a region of space where matter has collapsed on itself, and has such a high gravitational force that not even light can escape.

Such an event may be occuring in the centre of our galaxy; Reinhard Genzel and Andrea Ghez, who shared the Nobel Prize with Sir Roger, offered the most compelling evidence of a supermassive black hole in the middle of the Milky Way.

There is a possibility that the timescale for the complete evaporation of a black hole could be longer than the age of our current universe, and therefore could not be detected.

“I claim that there is observation of Hawking radiation. The Big Bang was not the beginning. There was something before the Big Bang and that something is what we will have in our future”, Sir Roger said, according to The Telegraph.

“We have a universe that expands and expands, and all mass decays away, and in this crazy theory of mine, that remote future becomes the Big Bang of another aeon.

“So our Big Bang began with something which was the remote future of a previous aeon and there would have been similar black holes evaporating away, via Hawking evaporation, and they would produce these points in the sky, that I call Hawking Points.

“We are seeing them. These points are about eight times the diameter of the Moon and are slightly warmed up regions. There is pretty good evidence for at least six of these points.”

However, many have criticised the idea and the existence of the type of radiation from these black holes is yet to be confirmed.

Moreover, if an infinitely large universe in one existence has to become an infinitely small universe in the next, it would be required that all particles lose their mass as the universe ages, a notion that has also been met with scepticism.

According to standard cosmology, the universe underwent a brief expansion or ‘inflation’ after the Big Bang, which would have removed irregularities in the structure of the universe.

In response, Sir Roger said that black holes were also dismissed as only existing in mathematics, until their existence in reality was proved.

"People were very sceptical at the time, it took a long time before black holes were accepted... their importance is, I think, only partially appreciated”, he said, as reported by the BBC.