It's not only the lockdown, the animals were housed in small cages with no ventilation in the rooms.

The horrific sight of these animals in misery, with no strength to bark or cry out for help were witnessed by Shivanand, who says that 13 pet shops in south and east Bengaluru that were inspected on April 1 and 2 and were found to have neglected the animals. “None of them had a license issued by the animal welfare board as per the rules. The BBMP (Bruhat Bengaluru Mahanagara Palike officials were clueless about the fact that such animal cruelty was happening right under their noses,” Shivanand said.
Hundreds of animals -- mainly dogs, cats, rabbits and birds were rescued and sent to shelters run by NGOs in the city.

He states that the shops located in Shivajinagar, Jayanagar, Infantry Road, Kammanahalli and Banaswadi were small and had only one entrance and no windows for ventilation. Since the shutters were rolled down, there was no proper air or light. “Without ventilation, food and water, the animals were suffering inside,” he added. 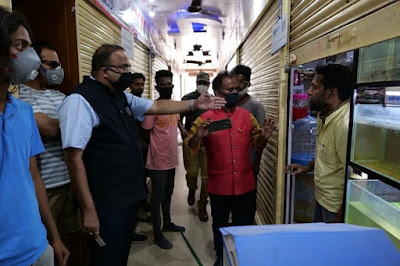 He says that the animal welfare board has urged the Karnataka Animal Husbandry Department to allow pet shops, which are not flouting norms, to be open for a few hours every day so the animals could be fed properly. “Only those pet shops with proper ventilation and space for the animals will be allowed to open. We will shut down others flouting norms. We are coordinating with the police as well to bust the racket where these animals are being sold illegally,” he said.

A senior member of the State Animal Welfare Board (SAWB) said that the BBMP had issued licenses to these pet shops under the Shops and Establishments Act but had failed to follow up and monitor these shops to see if they were flouting guidelines of the Animal Welfare Board of India. “How can these shops run without a pet shop license that is mandatory? None of the BBMP officials knew how many pet shops there are in their specific zones,” he added. 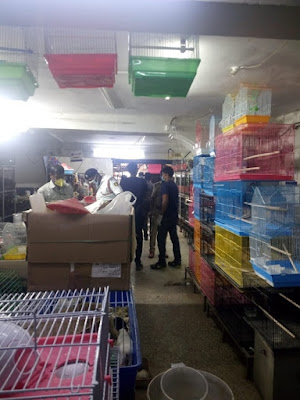 According to BBMP Director of Animal Husbandry Department Dr Shashi, more inspections are currently being carried out across the state in coordination with the SAWB. “Some of these pet shops have been illegally transporting animals through private buses that cross state borders. The SAWB and BBMP are going to rope in the police to bust the illegal import and export of animals. Some birds were being sold for Rs 60,000. They were operating without a license as well,” he added. 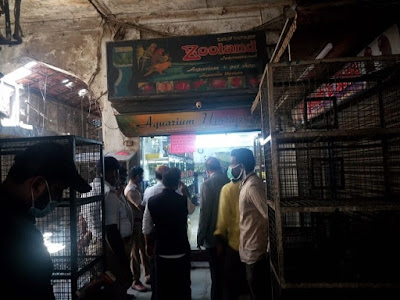 "Pet shop inspetion is the primary responsibility of the SAWB be it issuing of licences or inspection. SAWB has been defunct for a long time. It's slowly starting to reprise. BBMP has been brought in for the time with push from citizens to increase the scale of such inspections . After the inspection BBMP also has commited to keeping up with series of inspections in close coordination with the active SAWB members," Rakesh Prabal Kumar, a member of Citizens for Animal Birth Control.