Coronavirus: Expert warns against people getting infected on purpose for supposed immunity

Getting sick later means you will benefit from better care, testing, and medications, and not overburden hospitals

As social distancing and stay-at-home orders continue around the world in an attempt to thwart the spread of coronavirus, some people are asking whether it would be better to contract the virus to get it over with and gain some level of immunity.
The word from experts is that it “would be a really horrible idea right now”.

In a letter published in the New York Times, Dr Greta Bauer, a professor of epidemiology and biostatistics at Western University in London, Ontario, lists seven reasons why this is completely unadvisable, and they centre on how much we just don’t know yet abour the virus and its long-term effects.

Dr Bauer’s article comes as some countries, including Germany and the UK, have mulled the idea of certificates of immunity, stating that you have recovered from Covid-19 and can re-enter society.

The first reason for warning against purposefully contracting the virus is that immunity is not a sure thing — there is no certain evidence yet that a sustained immune response exists, though studies continue. 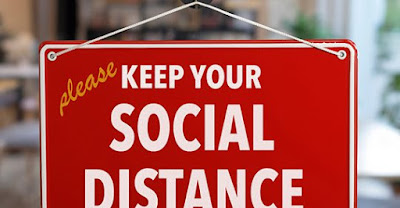 Reinfection is still a possibility, Ms Bauer lists as reason number two. This would call even short-term immunity into question. At the moment, recorded cases of reinfection could be remission, relapse, or false test results — but again more study is needed.

Further to that point, immunity could only be seasonal. Also, while antibodies from a previous infection usually reduce the severity of a second infection, in some viruses such as dengue fever, they lead to a more severe or even fatal disease.

The third reason is that the virus could continue living inside a patient. It is not known whether people clear it from their bodies. Some viruses can remain in reservoirs within the body and re-emerge to cause disease later in life. For example, chickenpox coming back as shingles.

In some patients, the virus has been detected in faeces and blood samples after recovery. So far, it is unclear if this is the virus continuing to live in the body, or just residual bits of it.

Fourth, during the current emergency and subsequent supply chain shortages, it is important to remember that you could end up hospitalised even if you are young and healthy, further burdening the overstretched emergency response.

Approximately 20 per cent of cases in the US that require hospitalisation are aged between 20 and 44. Ms Bauer stresses that this takes up valuable resources needed by those who were not able to avoid infection.

The fifth reason for avoiding infection is that survivors may suffer from long-term damage. As a new disease we do not know what the longer-term implications are for those who recover. There are cases of people being left with heart and lung damage.

Sixth on the list, as anyone that has had the disease knows, is that a “mild” case, one that does not require hospitalisation, is not exactly mild in the usual sense of the word. Most cases still include fever, coughing, aches, chills, and a host of other symptoms including potentially developing pneumonia — all painful and frightening.

Finally, Ms Bauer says that there is no shortcut to immunity. Herd immunity, where a large proportion of the population is immune, is usually achieved slowly or through the use of vaccines.

“Right now, too many people are getting sick through non-intentional spread, burdening hospitals and leading to severe illness and death. It is far too early to think about intentional infection as a strategy,” she says.

Slowing the spread of the disease now will save lives and gives desperately needed time to hospitals to respond and for scientists to study treatments. Getting sick later means that you will benefit from better care, testing, and medications, or with the development of a vaccine, may avoid infection completely.

Ms Bauer concludes: “While it is hard to be patient, the best way out of this will likely be much clearer to us in a month or two than it is now. In the meantime, it is important that we don’t take unnecessary risks with unknown consequences. If we can avoid infection, we need to do exactly that.”