Wistron Corp., one of Apple's manufacturing partners, claimed that they will be shifting their half capacity outside China within a year. The decision comes as learning on how staking up all products in one country could be of trouble in situations like coronavirus outbreak.

However, the move in production out of China has been underway since the trade war between Washington and Beijing reached its zenith last year. With the coronavirus outbreak, things have become a little more clearer. Decisions by companies like Wistron and other Apple Inc. partners including Hon Hai Precision Industry Co., Inventec Corp. and Pegatron Corp., could re-shape tech supply chains. 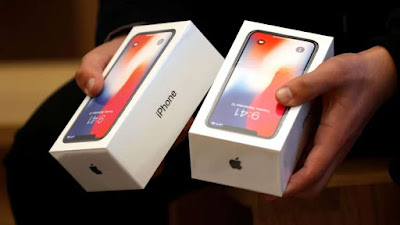 It has been learned that the big tech companies like Wistron are planning to shift the production part in India along with Vietnam and Mexico, setting aside $1 billion to fund the expansion this year and next. "We understand from a lot of messages from our customers that they believe this is something we have to do," Chairman Simon Lin said on an earnings call.

"They’re happy and appreciate that we can continue to make such a move and they will continue to work with us."

Another iPhone assembler Pegatron has also said that they are hoping to kick-start manufacturing operations in Vietnam by 2021 after setting up a new plant in Indonesia. It said on Friday it had agreed to purchase land and a plant in northern Taiwan.

One of the biggest assemblers Foxconn is also believed to be shifting their operations on the same tunes. The company has facilities in India, where it began churning out iPhones last year, and Vietnam. "Trade, the virus, all these things will make the world very different in the next decade," Alex Yang, the company’s investors relations chief, told investors in a recent call.